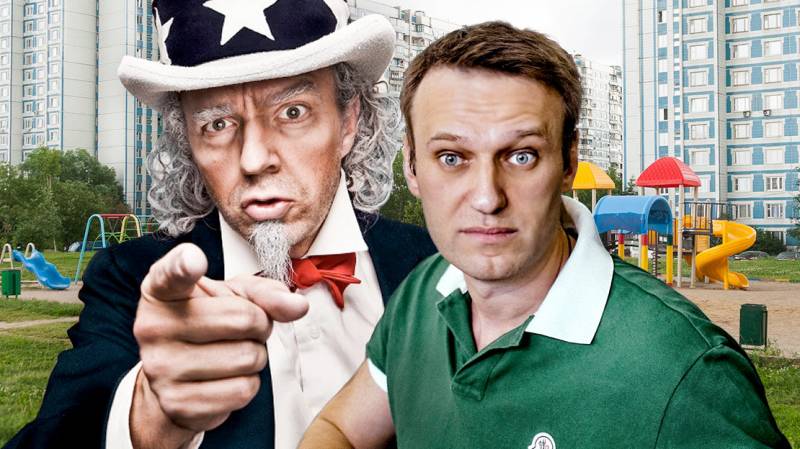 The last “All-Russian” action of Alexei Navalny can very much really be his last mass action. The idea went bankrupt, and everyone already understands this, even Lesch himself, who wants only one thing: so that all this ends as soon as possible and be left alone. His unhappiness colleague, ex-president of Georgia Mikhail Saakashvili also dreams of the same thing in Kiev.

If you look closely and analyze the Kiev Mikhomaydan and the social movement Navalny, we will see a lot of common details. Everything was clearly created for one training manual, initially had the same weaknesses, and therefore was doomed to defeat before birth. And this means that no one has ever considered either Navalny or Saakashvili as future political leaders. They appeared in politics to fulfill a completely different mission.

First, let's take a closer look at the features of both movements. 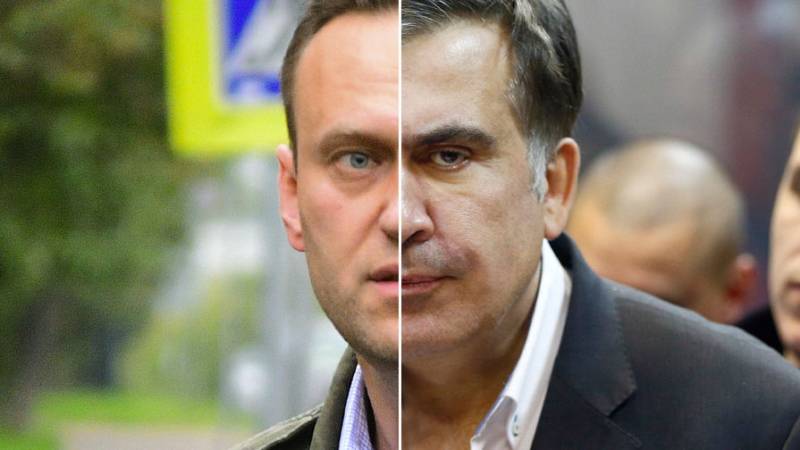 Both "opposition leaders", in Russia, in Ukraine, are the direct six of the US State Department, who do not have any real political base at home.

That the bulk of Navalny, that of Saakashvili, is pure impromptu, made on the knee. There are no real system specialists for building a party and promoting it in the political field. Most of them are creative “caring” people who are not accustomed to systematic and systematic work (and at the same time thinking). Therefore, whatever they created, all this is doomed to failure from the outset. And fast.

What is not immediately apparent to the inexperienced eye is obvious to a professional political technologist and a politician. Did you notice that neither real politicians supported Alexey or Miho? They are just fine figured out what's what. No, they wish their supporters all the best and victory, but at the same time do not provide them with any real help. Moreover, they demonstratively try to distance themselves and show with their whole appearance that they have nothing to do with this circus. And it is natural. Those who deal with politics professionally immediately realized that Navalny and Saakashvili are just highly paid hired clowns, and their social movements are political freaks.

With each of their new action, it became more and more obvious. In the early spring of 2017, Navalny looked like such a political heavyweight, with a claim to the role of the Russian opposition leader. But there were months, and each subsequent action became only a pathetic parody of the previous ones. The latter, held on January 28 in 46 subjects of the Russian Federation, has become a real disgrace.

1000 supporters of the “main anti-corruption activist” did not gather in Moscow, and in some other large cities of Russia, where several thousand people used to gather, 100-200 people came, who, judging by their faces, didn’t understand why did it. 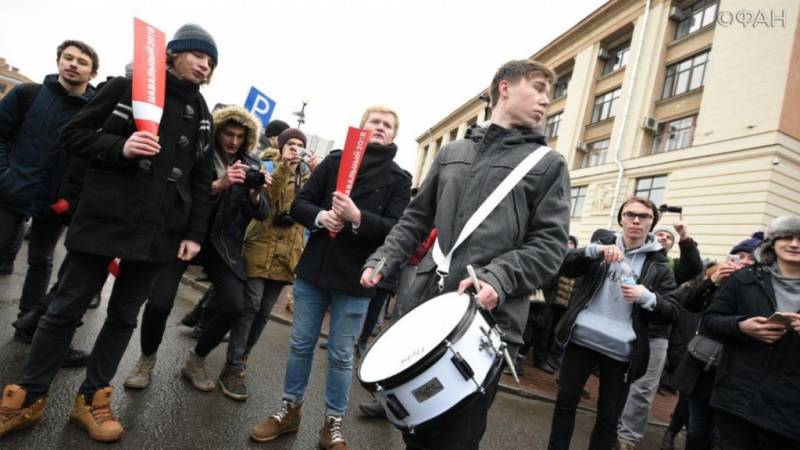 We see the same thing in Kiev. In September, the 2017 th supporters of Nawal ..., that is, Saakashvili, were full of optimism. Already 17 of October, on the first official day of the protest, when Saakashvili was not supported by any significant Ukrainian politician, confusion appeared. And then Mihomaydan, as they began to be called among the people, very quickly degenerated into a open-air circus opposite the Verkhovna Rada building. 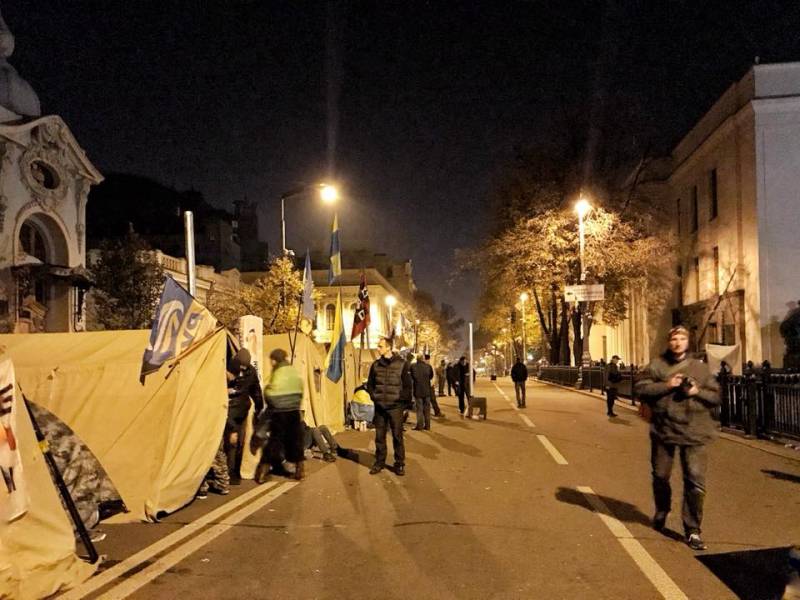 Well, you will agree, but why then all this was started? In fact, this is the point.

For example, you need to start a real political project. How to quickly unleash it? And while not to get dirty and do not get negative political "karma"? For this there are political torpedoes. Be it a person, be it a social movement. They do not make sense to throw good shots. These are peer projects that, after fulfilling their mission, are doomed to extinction.

They throw ideas into the society necessary for the customer, promote them in the information field, pump public opinion, set a vector of protest and quickly burn and disappear. All this is pretty cheap.

Let's remember the deceived children of Navalny and the “activists” of Saakashvili.

As we understand, in this scheme, the rapid accumulation of negativity against the leaders and combustion are inevitable. And there is absolutely no need for logic. On the contrary, it prevents such projects from developing. That is why we see no seemingly any logic in the protests of Navalny and Saakashvili. They do not have a comprehensive positive reform program for the country and far-reaching plans (and who needs them?). Everything is designed for simplicity, emotion and transience.

Leaders protest discredited, but it is not important for the customer. It is important that in the end there remains an angry and dissatisfied protest community that wants to recoup, which will be easy for them to pick up for themselves an already new political movement, the “pure” and the “pure”. At the same time there is no formal connection between the two projects. There is one customer and director, but they just remain out of sight of society.

Like this. And you say: meaningless. In fact, Americans rarely do meaningless things in this field. They are the best so far in the world experts on technology color revolutions. Yes, they do not all succeed, but in logic they can not refuse. That is why I would not laugh today at those who invested in Navalny and Saakashvili. I am confident that their ultimate goal does not lie in the plane of the current presidential elections in Russia or attempts to spin the early elections in Ukraine.

Ctrl Enter
Noticed a mistake Highlight text and press. Ctrl + Enter
We are
Reports from the militia of New Russia for 27-28 September 2014 of the yearResults of the week. "Well, do not change me because of every idiot!"
56 comments
Information
Dear reader, to leave comments on the publication, you must to register.