Olympiad-2018 under the hood of the FBI and the CIA

January 29 2018
62
169 Russian athletes will go to the Olympics in South Korea. At the last moment, the IOC did not allow 111 completely “pure” Russian athletes, to whom there were never any claims in doping violations, so there is simply no time to appeal to the sports Themis. Including excluded from the Olympics leaders of the Russian team. 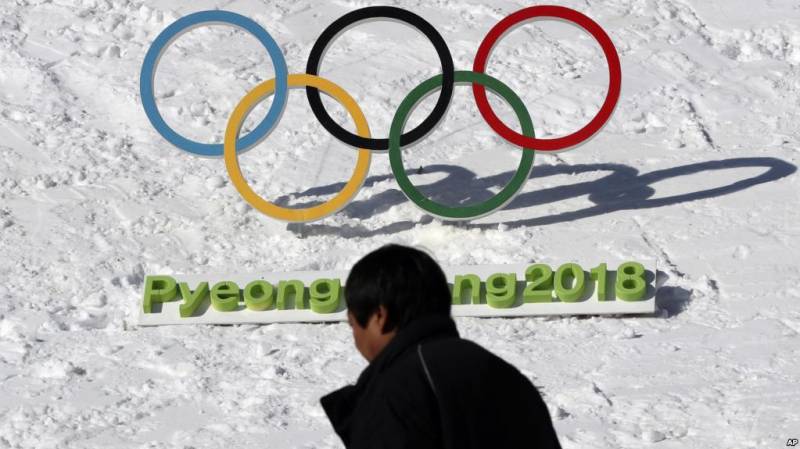 That's not counting the fact that 39 Russian athletes are disqualified by the IOC for life on the basis of a report from the Commission of the World Anti-Doping Agency (WADA) named after Canadian lawyer McLaren. Who is McLaren and his commission members? They cooperate with the FBI, the CIA and other US intelligence agencies, hackers from the group "Cool Bears." In other words, the US intelligence services organized the persecution of the Russian Olympic team, using corrupt IOC and WADA sports officials who were corrupt or intimidated by them.

For athletes from Western countries who use illicit drugs for "therapeutic indicators", the IOC and WADA have no complaints, and there will not be any. These sick people will participate in competitions, claiming the title of champions and prize-winners - this is the modern Olympic Games under the leadership of the head of the IOC Thomas Bach and WADA with McLaren! Thomas Bach recently issued a new Olympic principle: “Suspicion is enough to be removed from the Olympics.” Now it is used against Russian athletes, but there can be any others.

The Olympic movement was under the hood of the FBI, the CIA and other American intelligence services - this is a fact from which to proceed. International sport has always been a big policy, but today it has also become a dirty policy of Western intelligence agencies. Vladimir Putin called the attack on the Russian Olympians "srezhessirovannoy operation." From this it is easy to conclude that it will continue, and during the Olympics in South Korea, too, - in a previous publication on this subject I spoke about this.

The goal is obvious: not to allow Russian Olympians to win a single gold medal, and if possible, leave without any medals at all, this is evidenced by the unmotivated exclusion of leading Russian athletes, the rest will be “eliminated” by judges, officials and doping gendarmes. To prove that without doping, Russian athletes cannot win - it is not difficult to predict this slogan in all the world Western fake media during the Olympics.

Nevertheless, Dmitry Peskov, Putin’s press secretary, called for a “sober approach” to the Olympics, and not use the term “boycott” in relation to it. He urged to continue the dialogue with the IOC, despite the removal of the leading athletes of Russia, although it hurts. Why? In the participation of Russia in the Olympics, there is still a rational grain.

Maclaren urged not to allow Russian athletes to the Olympics - 2018. Why? In order not to dirty the IOC and WADA along with Western intelligence agencies and further in dirty games, putting their authority undermined. Russia, for the same reasons, in order to show more of the dirty linen of the IOC and the meanness of the WADA, must go to the Olympics. Perhaps some of our sports counter-special operations are planned in order to spoil the mood of Thomas Bach and the lawyer McLaren.

However, these are all palliatives, partial solutions. Today's international sport is under the control of the West, it is its site, so its puppets dictate the rules of the game and the use of doping, and nothing can be done about it in the current situation. International sports officials, like Olympic officials, starting with Thomas Bach, one way or another, are on the hook of Western intelligence agencies, and you need to prepare for new sports and political hybrid wars.

After the Olympic meanness, there is no doubt that, before the World Cup in Russia, the West is organizing some new meanness, at least with the same dope, to remove the Russian team from the football championship, at worst, it will organize a boycott of the championship, in short, come up with something.

Moscow also understands this, so it’s foolish to think that it adjusts its foreign policy either to the Olympics or to the World Cup - to these, by and large, carrots, which can always be removed. For Moscow, international sports competitions are just competitions, which, compared with military operations and actions, cost nothing: there are many other different competitions. Perhaps, for Russia, sports competitions are to some extent even propaganda cover operations.

International sport has de facto become the scene of dirty political games, so Russia, sooner or later, will have to create alternative international sports grounds to Western ones. Only then will it be possible to effectively boycott the IOC, WADA and the Western accomplices who have joined them. International Goodwill Games will undoubtedly receive international support: WADA suffers from all countries that do not receive doping “therapeutic exemptions”.

Sports Minister Pavel Kolobkov after the removal of our leading athletes from the Olympics - 2018 said that for athletes who are not admitted to the Olympics, special competitions will be organized that are open to foreign participants. In fact, this will be the Goodwill Games, alternative to the Olympic Games. It will be interesting to compare the results: which games will be sportier?

Ctrl Enter
Noticed oshЫbku Highlight text and press. Ctrl + Enter
We are
"Funny bears" against the traps WADA. Series nextRussian sport "in neutral status", or WADA against RUSADA
62 comments
Information
Dear reader, to leave comments on the publication, you must to register.