January 24 2018
28
The Ministry of Defense of Japan demanded that the US military command ban the flights of AH-1 helicopters after an emergency landing incident on one such 23 vehicle in January on the territory of the southern prefecture of Okinawa. This was stated on Wednesday by the head of department, Itsunori Onodera, to journalists. 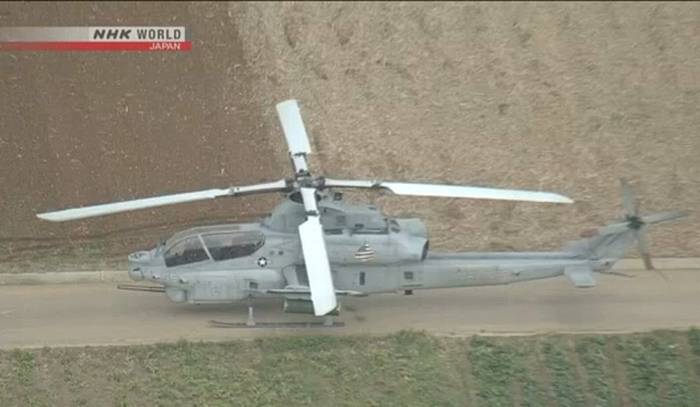 It is unacceptable that this month there were already three incidents when American military helicopters landed outside military bases on private territory. Such cases are of great concern to the residents of Okinawa. The Japanese Defense Ministry demanded that the American side inspect all attack helicopters AH-1 stationed at the Futemma base, and at this time suspend their flights.
- he said.

Earlier, Okinawa Governor Takeshi Onaga said that the increase in the number of incidents with US military equipment in Japan indicates a loss of control over the conduct of its regular technical inspection.

The US military was out of control. They absolutely can not control the conduct of inspections [technology]
- quotes his words agency Kyodo.

The US armed forces are just crazy (eng. "Crazy")
- He added, intends to use the English word.

At the same time, Japanese Defense Minister Itunori Onodera told reporters that he demanded that the American side inspect all military equipment belonging to it deployed on Japanese territory, and also pointed to "too frequent" incidents involving her.