January 24 2018
22
Czech President Miloš Zeman commented on the statement of his rival on the second round of presidential elections, Jiri Dragos. Dragos, who previously headed the Czech Academy of Sciences, said that "he has information about interference in the elections in the Czech Republic by the Russian special services."


Dragos claims that the Russian special services allegedly intervened in the parliamentary elections in the Chechen Republic in the autumn of 2017.

Drugosh:
They are also trying to influence the presidential election.

Zeman, after listening to his opponent during the debates, said that if the Russian special services had intervened in the Czech elections, Mr. Dragos would probably not have gone further than participation in the first round. At the same time, the current president added that candidate Dragos insulted his statement with millions of Czech voters, trying to declare them a mob manipulated by special services of a foreign state. 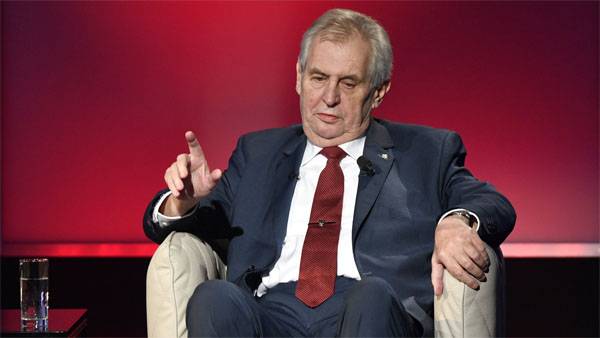 Miloš Zeman:
Your statements are confusing to the public. The Security and Information Service has previously officially declared that your statement is a lie. If the Russian special services intervened, then, most likely, they would have promoted the Communists, but the Communists (during the parliamentary elections) would have failed.

The second round of presidential elections will be held in the Czech Republic on January 27.

Ctrl Enter
Noticed oshЫbku Highlight text and press. Ctrl + Enter
We are
Czechs need to be afraid of Russia: after all, Moscow is against NATO!
22 comments
Information
Dear reader, to leave comments on the publication, you must to register.