The leaders of the two German parties opposed sanctions against Russia

January 22 2018
17
Alexander Gauland, co-chairman of the right-to-populist Alternatives for Germany (AdG) and Wolfgang Kubikki, deputy chairman of the Free Democratic Party of Germany, spoke out against anti-Russian sanctions, reports TASS. 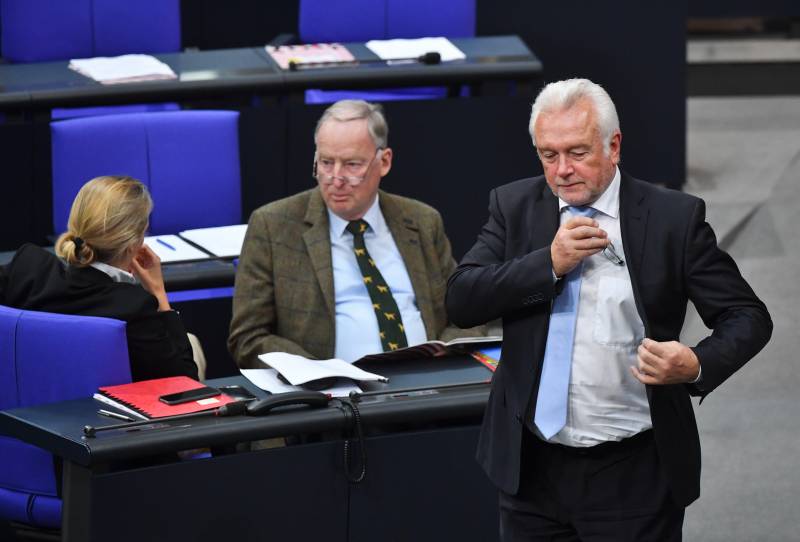 Politicians presented their point of view in a joint interview with the Frankfurter Allgemeine Zeitung.

Kubikki said that he was aware of at least three companies that “went bankrupt because of the sanctions, because they relied on business in Russia”. According to him, no restrictive measures can stop a country like the Russian Federation.

What we need now is again in the channels for dialogue,
he noted.

In turn, Gauland said that AdG "from the very beginning opposed these sanctions."

Whether what happened in the Crimea was a violation of international law or not, there are a lot of controversies about this. We consider this to be due to an erroneous policy that was conducted after 1989
he noticed.

Gauland pointed out that the West did not attract Russia to "build a new world order, but considered it as an adversary."

This led to the fact that Russia returned to what it always did - began to pursue a policy peculiar to a world power,
he rocks.

According to him, “it is in the interests of Germany to have a partnership with the Russian Federation, and AdG stands for it.”

Recall that the EU imposed sanctions against the Russian Federation in 2014 year in connection with the events in Ukraine and the reunification of the Crimea with Russia.