January 21 2018
28
France calls on Turkey to act with restraint in the context of the deteriorating humanitarian situation in the Syrian regions, reports RIA News statement by the French Foreign Ministry on the telephone conversations of foreign ministers Jean-Yves Le Driani and Mevlut Cavusoglu. 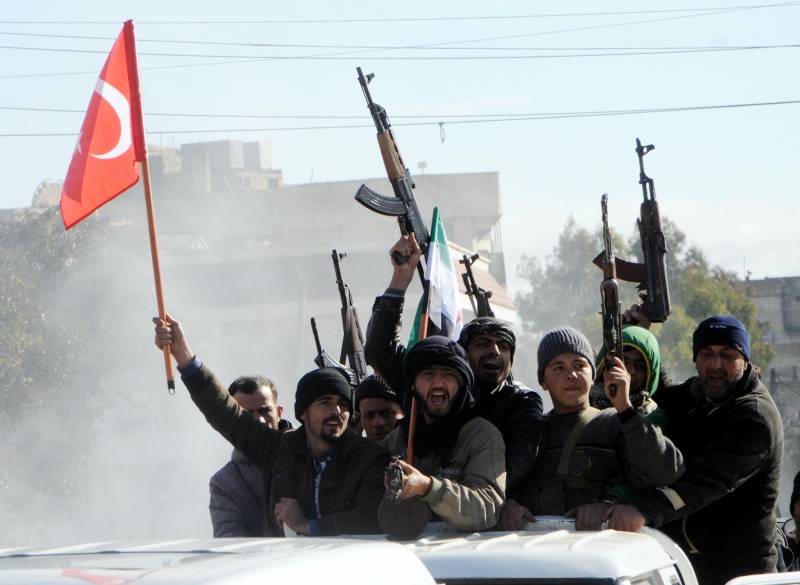 The ministers on Sunday morning discussed the situation in Syria, "in particular - the developments in Afrin, Idlib and Eastern Gute, near Damascus."

France is attentive to the security of Turkey, its territory and its borders. It calls on the Turkish authorities to act with restraint in the difficult context of the deteriorating humanitarian situation in several regions of Syria due to military actions carried out by the Damascus regime and its accomplices,
the document says.

Paris also stressed the “priority of the conduct of the international coalition’s mission against the IG until the end (the group is banned in the Russian Federation) and recalls the importance of creating the necessary local conditions for the stabilization of Syria and for a sustainable political solution.

“In this context, France insists that all parties comply with humanitarian law. It condemns in the most serious way the indiscriminate bombardment of the Syrian regime in the province of Idlib in recent weeks, concerning, inter alia, residential areas or medical infrastructure. She calls for the immediate opening of humanitarian access to Eastern Guta, where 400 thousands of besieged civilians are in a critical situation, ”the statement said.

The French ministry also calls on the "guarantors of the Astana Agreement to enforce the de-escalation zones established in Idlib, in the north of the province of Homs, in Guta and in the south-west of Syria."

"In connection with the latest developments on the ground, France is asking for an emergency convocation of the UN Security Council on the situation in Syria," the Foreign Ministry said.

Recall, on Saturday, the Turkish General Staff announced the launch of Operation Olive Branch against the Kurdish formations in Syrian Afrin.

Ctrl Enter
Noticed oshЫbku Highlight text and press. Ctrl + Enter
We are
State Department outraged by the fact that Turkey has tied off the actions of the United States with the murder of the Russian ambassadorCavusoglu said in Warsaw about the need to expand the missile defense system
28 comments
Information
Dear reader, to leave comments on the publication, you must to register.