January 19 2018
4
The Tekhnodinamika holding (included in Rostec) will manufacture for the Defense Ministry of the Russian Federation an installation batch of means for landing BMD-4М and BTR-MDM vehicles. As explained in the press service of the company, we are talking about the experimental design work (ROC) "Bakhcha-U-PDS". 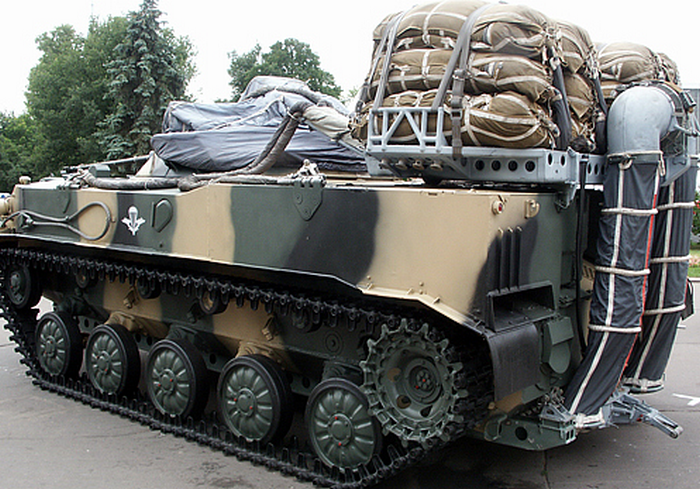 To speed up the start of serial deliveries, Technodinamiki’s enterprises have completed pre-production and produce an installation batch for qualification tests confirming the possibility of mass production of landing gear in the amount required by the Ministry of Defense
- Reported the press service.

These systems allow landing BMD-4М and BTR-MDM vehicles from IL-76 MD aircraft and their modifications.

The Moscow design and production complex "Universal", which is part of Technodinamika, together with the Main Flight Test Center of the Ministry of Defense, is completing the stage of state joint tests under the ROC "Bakhcha-U-PDS"
- added in "Technodinamika".

The timing of the start of mass production of the newest means of landing was not voiced.

Ctrl Enter
Noticed oshЫbku Highlight text and press. Ctrl + Enter
We are
In Russia, tested a new parachute system for dumping combat vehicles
4 comments
Information
Dear reader, to leave comments on the publication, you must to register.