Gas defeat of Ukraine: how much Kiev lost in the gas war with Russia 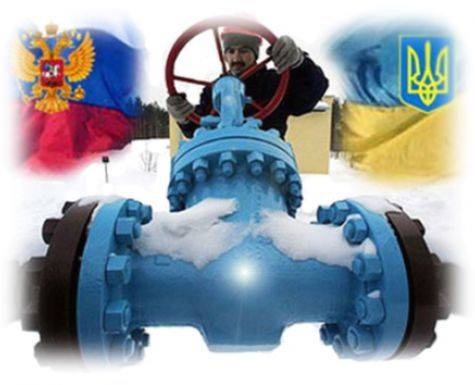 It would seem that here to think. The Stockholm arbitration has already announced the amount that Ukraine should give Russia, 2 billion dollars. I assure you that if everything were so simple, then one could consider that Ukraine had withdrawn from the gas war with Russia with almost no losses. In fact, the number of losses is more than an order of magnitude higher, and this is only by the most conservative estimates.

So, the head of NAK “Naftogaz”, Andrei Kobolev, officially announced the start of negotiations with Gazprom on the purchase of natural gas from him in 2018. At this, the next gas war between Ukraine and Russia can be considered officially ended, the peace signed, which means the time has come to sum up, that is, to calculate the losses. 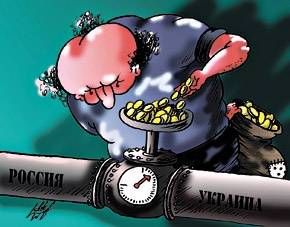 The main problem of Ukraine in all gas confrontations with Russia is that it has always led them not for the sake of their interests, but in spite of them. Kiev has always defended the interests of Washington or Brussels (sometimes they simply coincided), while losing their geopolitical advantages and more money. A lot of money.

The main outcome of the first gas war between Ukraine and Russia was the laying of the Nord Stream under the Baltic Sea and the refusal of Ukraine of the lowest gas prices (“gas will flow”), according to the gas contract 2009 of the year signed by Tymoshenko. 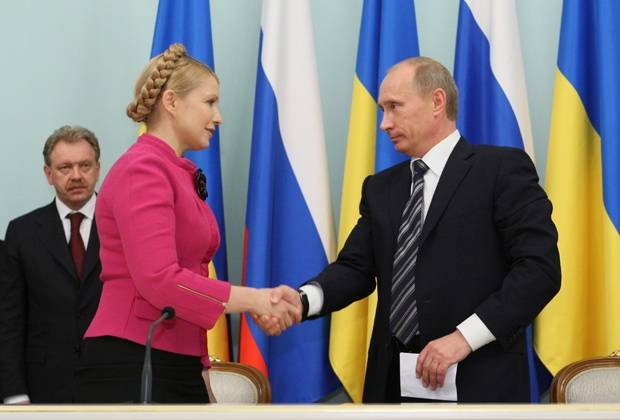 In fact, this agreement became the gas capitulation of Ukraine, for which Julia served a couple of years in prison, from where only the 2014 coup of the year released her.

The total losses only on the price difference of gas under this contract for the first five years (the term of the agreement from 1999 of the year for which Ukraine received gas at 50 $ for 1000 cubes and could freely resell it abroad) amounted to 15-20 billion dollars, which for Ukraine was a colossal sum.

But the lesson Kiev did not go to the proc, and therefore as soon as the second maidan won in Kiev, the new gas war with Russia broke out immediately and in all directions. 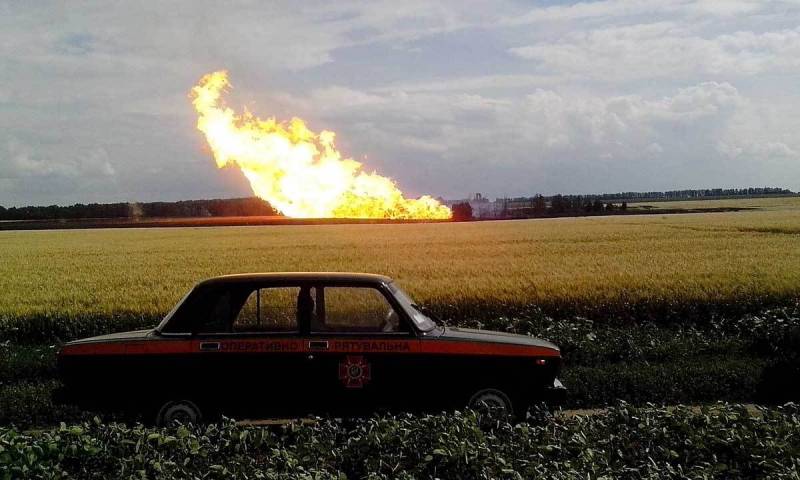 First of all, the Ukrainian nationalists began to blow up gas pipelines and stock up gas for free at that moment. At that time, the advance payment clause was not in effect, and Ukraine received gas in advance, which Kiev, on the eve of the new gas confrontation, hurried to use. Actually, the main stumbling block in Stockholm was not the volume of gas purchased by Ukraine and not the point “take or pay”, but the price it had to pay for the gas that did not want to pay in 2014 year.

In order not to buy gas from Russia and not remain without it during the gas war, the new regime had to quickly solve several problems. First, drastically reduce consumption, and secondly, loop the Soviet export gas pipe at the western border to depict gas supplies from Europe.

Also, Kiev was very lucky with the weather. All the winters after Maidan, without exception, were very warm, with the average winter temperature increasing from year to year from 2014 to 2017.

The first condition was fulfilled by unleashing a war in the Donbas (of course this was not its cause, but a very useful bonus for Kiev), and the introduction of a total economy regime, as a result of which Ukraine had to drastically reduce industrial output and train its people to live, learn and work in cold rooms.

The decline in production and incomes lost from this, even without taking into account the lost part of Donbass, can be estimated at approximately 2-3 billion dollars annually. It is noteworthy that Ukraine will not return the markets lost for metallurgy products in 2014-15 years. This became clear as soon as the final statistics on the Ukrainian metallurgy for 2017 was published. 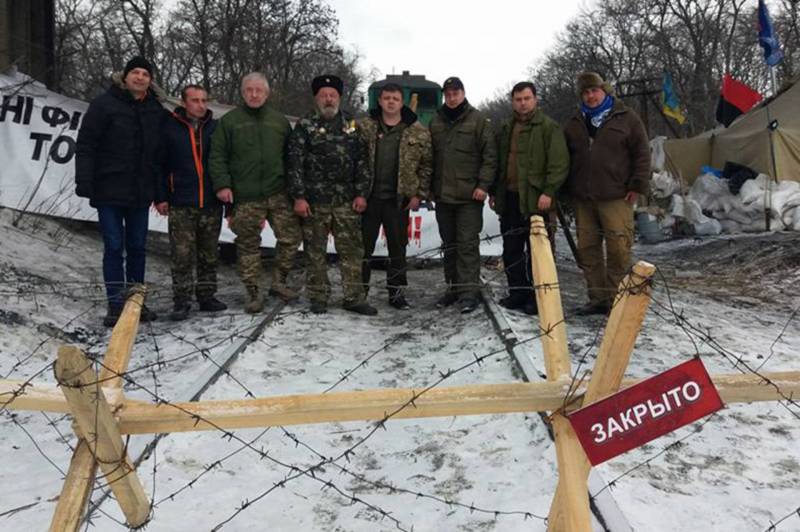 Remember, the blockade of Donbass from the gang of Semen Semenchenko last winter, as a result of which Ukraine lost control, and therefore the products of metallurgical enterprises of the LC and DPR? It would seem that this should have led to an increase in the production of similar industries in the so-called "mainland" Ukraine. But this did not happen. According to statistics, these companies finished 2017 a year with a little, but still a minus in production. And this allows us to conclude that the sales markets of the Ukrainian metal products have been lost for a long time, and the above losses from falling production can be considered a loss for more than one year.

So, in the Ukrainian industry, we have a loss of approximately 10 billion dollars. And no less the amount of losses awaits Ukraine in the coming years.

Also, as a result of the gas war, Kiev will be forced to lose almost all of the gas transit after 2019, which will give another minus about 2-3 billion dollars a year. This is a direct consequence of the construction by Russia of the Nord Stream-2, which probably would not have happened if it had not been for the "war". Or at least it would not have been built so quickly. How much money Ukraine lost at the same time, one wonders only Maybe 10 billion dollars, and maybe all 20. And maybe more ... 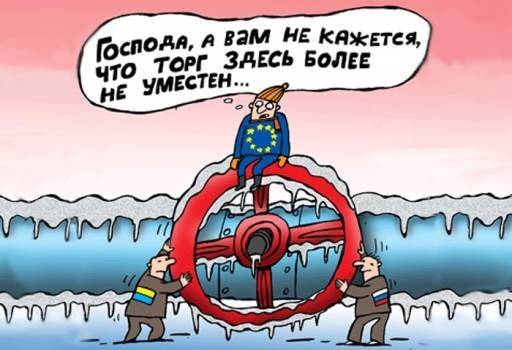 Against this background, losses, somehow it is even indecent to consider the 2 billion assigned by Stockholm bills of compensation for the gas of the year 2014 and the overpayment for the Russian gas that Kiev received under the so-called "reverse" schemes (less than 1 billion dollars). Even without them, it is clear that the last gas war inflicted on Kiev much greater losses than the war of Yushchenko’s time. Moreover, Ukraine has left it so weak in terms of the tools of its conduct that it can be said with confidence that Ukraine simply will not survive the third big gas war.

Ctrl Enter
Noticed oshЫbku Highlight text and press. Ctrl + Enter
We are
Results of the week. "They stood to death like buttons!"Results of the week. "Well, do not change me because of every idiot!"
45 comments
Information
Dear reader, to leave comments on the publication, you must to register.