January 18 2018
27
Attention! Attention! On the circus arena real illusionists from Ukraine - representatives of the management of the company "Naftogaz". The masters of the illusion will come up with a number in which ordinary Ukrainian citizens will be told about why “reverse” gas from Slovakia, Hungary and Poland now suddenly becomes worse for Ukraine than gas directly supplied from the country - “the most terrible aggressor”. Illusionists from Naftogaz in the arena will be helped by other masters of the same genre from among the representatives of the Ukrainian authorities, who, against the background of future gas purchases from the “aggressor”, are still not working to declare Russia thereby the “aggressor” in official documents.


So, we are talking about the fact that “Naftogaz”, together with the Ukrainian political leadership, makes every effort to at least somehow explain to the ordinary Ukrainian consumer multiple oddities. One of them: why for three years Kiev has declared that it will not buy gas from Russia, since it is “aggressor” gas, and now it declares what it will buy. And already the word “aggressor” has evaporated relative to the topic of energy procurement. 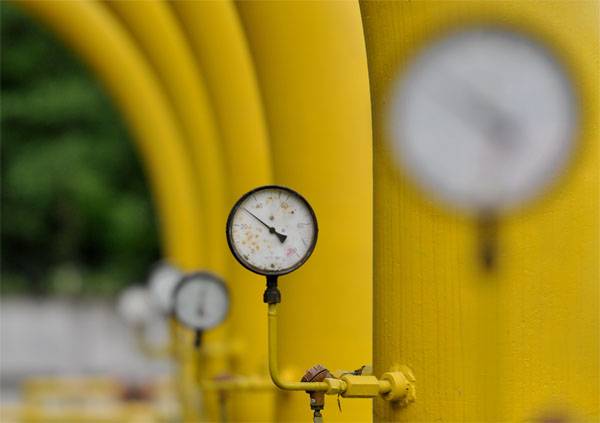 It is time to introduce the direct speech directly to the head of the NAK “Naftogaz” Andrei Kobolev - the most prominent representative of the Ukrainian community of master illusionists:
We, Naftogaz, are planning to import from two directions. The price that Gazprom is now obliged to set is very attractive. This economic benefit should be used. We will buy 4-5 billion cubic meters of gas from Gazprom.

At the same time, the Ukrainian expert did not say a word about the fact that such a decision was not made by him or even by the President of Ukraine, Mr. Petro Poroshenko. It should be recalled that at the end of last year, the Stockholm Arbitration obliged Ukraine not only to return to direct gas purchases from Russia, but also to pay Gazprom about 2 billion of debt. I remember that then Petr Alekseevich declared this decision of the Stockholm arbitrators the greatest peremog of Ukraine. True, the same Pyotr Alekseevich immediately rushed to look for words as to how it happened: to buy gas from the “aggressor” again, but what about the honor and dignity of the Maidan revolution ...

However, only one "clarification" the case has not done. Literally immediately after Naftogaz announced an attractive price (which is about 180 dollars for 1 thousand cubic meters of “blue fuel”), the Ukrainian man in the street was advised to get deeper into his pocket in search of the means necessary for the new payment of cheap gas . In general, the unique logic of the Ukrainian authorities worked: now we will buy gas from Russia, because it is cheaper, but at the same time we will raise prices for the population. Well, it’s logical, isn't it? ..

Since April 1, as reported by the press service of the Cabinet of Ministers of Ukraine, gas for Ukrainian citizens will increase in price by an average of 8,3%. At the same time, it was noted that the price of gas will be formed on the basis of the price in the German hub. Where, where, sorry?

From the official publication:
The price of gas will be determined for the year, based on the average price of imported gas in a German hub during the pre-purchase period - from April to September of the previous year.

That is, everything is great - gas is becoming cheaper for Ukraine from this year, and Mr. Groysman’s government will calculate the cost of fuel based on the previous year’s indicators, and even on the hub, which has no direct gas supplies from Russia to Ukraine no relation. Although, everything is really clear. After all, Ukraine is tse Europe ...

With the same success, the situation could be reduced to calculating gas for Ukrainians at the price of a hub somewhere on the east coast of the United States, when, after rampant, the price of 1 thousand cubic meters of “blue fuel” rose to astronomical indicators of 6 thousand dollars.

Apparently, such calculations would be accepted in Ukraine. After all, they are not slaves, we all know very well ... This sneaky Yanukovych has robbed Ukraine, and the current leadership, as all progressive humanity knows, is making every effort for the country to flourish.
The Ministry of Energy and Coal Industry continued to delight the population of the neighboring state with statements about the victory of democracy in the form of another increase in utility prices. Thus, the Ministry of Energy said that after gas prices for the population increase, tariffs for hot water and heating will increase by an average of 20%. It is worth recalling here that, according to official data, inflation in Ukraine in 2017 amounted to 14,5%.

And yet, how does it happen ... Well, okay, to buy gas from the “aggressor” to Ukrainian consumers is already tired of nonsense about “aggression”. But how does Kiev explain the increase in tariffs, if the price of gas, as stated in Naftogaz, is now quite acceptable? Yes, does not explain. Well, the Ukrainian authorities will not tell you that they continue to follow the path of fulfilling the enslaving conditions of the International Monetary Fund, the World Bank, the European Union. And one of the conditions was that loans to the country (already at huge interest rates) would be issued if all tariffs were gradually brought under European “standards”. It turns out that the tariff standards are European, and the level of income is one of the lowest on the continent, which, together with the dollar and the euro, which is going up in price for the hryvnia, continues to decline.

Regular readers will say: Well, here ... Ukraine is again, why not describe the tariffs in our home - in Russia. Fair. But write about it. And here is another. The main thing is that many citizens of a neighboring state constantly state that they can move mountains with the help of free expression of popular discontent. They say, we have gone out into the street, have declared their demands - the government has taken a visor and has done everything, and if it hasn’t fulfilled it - hello, Rostov-Papa. And what about you (that is, with us) ...

And then there is such an incident. When discontent was expressed about the lack of European Union lace panties, the case went on. And now, it seems, both the panties did not receive, and the gas was “aggressor”, but something with an effective protest against the arbitrariness of the authorities from the neighbors doesn’t work out, you see. Why would it ... Really, without a known baking in the squares, Ukrainians "vzhe" are not the ones? ..

Ctrl Enter
Noticed oshЫbku Highlight text and press. Ctrl + Enter
We are
Situational analysis of the death of the MH17 flight (Malaysian Boeing 777), made on the basis of engineering analysis from 15.08.2014Results of the week. “In our cooperative, the board is always agreed”
27 comments
Information
Dear reader, to leave comments on the publication, you must to register.