January 17 2018
30
The goal of the new US sanctions is to make the confrontation with Russia irreversible, believes member of the Federation Council Alexei Pushkov. 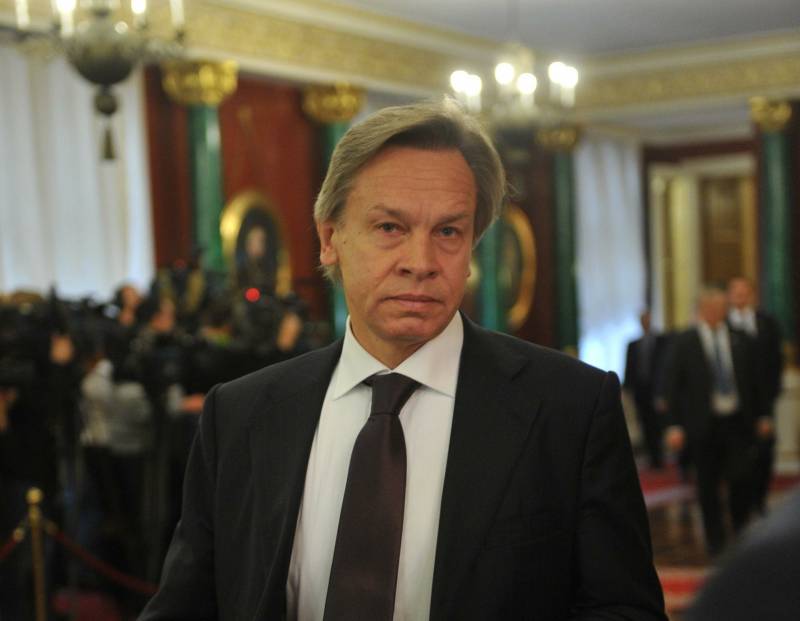 Earlier, US Ambassador to Moscow John Huntsman said that the publication of the so-called "Kremlin report", which can be published by the end of January, does not mean the automatic imposition of sanctions against the Russian Federation.

Whatever Huntsman may say, the goal of the new US sanctions is to make the confrontation with Russia irreversible. The first hurried assault (of former US President Barack) Obama is being translated into a long siege policy,
quotes Pushkova RIA News.

Recall, according to the law “On Counteracting America’s Opponents,” the US administration should, within 6 months after its adoption (and then annually) submit to the congress a list of oligarchs, entrepreneurs and other representatives of the elite, as well as their relatives . As previously reported, about 50-ti people may become defendants of the new blacklist.

In Moscow, responding to reports of new sanctions, they said that the response to these restrictions would be adequate and in the best way relevant to the interests of the Russian Federation.

Ctrl Enter
Noticed oshЫbku Highlight text and press. Ctrl + Enter
We are
Results of the week. "Well, do not change me because of every idiot!"
30 comments
Information
Dear reader, to leave comments on the publication, you must to register.