US Ambassador to Russia Announces New Sanctions Report on Russia

January 16 2018
44
A report by the US administration on new sanctions against the Russian Federation will be prepared for 29 in January, but it is too early to talk about the number of Russians who will be subject to new sanctions. This was announced on Tuesday by TASS US Ambassador to Russia John Huntsman. 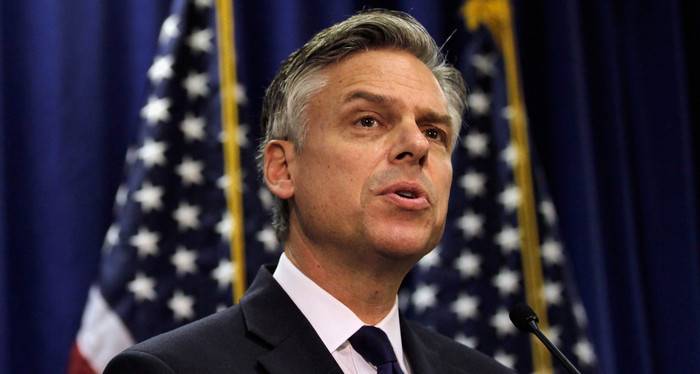 At the same time, Huntsman explained that the report’s developers are trying to take into account “how new sanctions will affect Russian-American relations not only in the short term, but also in the long term.”

Earlier, Russian Deputy Foreign Minister Sergei Ryabkov said that by the end of January, two anti-Russian reports of the presidential administration of the United States to Congress should appear as part of CAATSA. According to a high-ranking diplomat, this is “another attempt by [Washington] to influence the Russian internal situation, especially on the eve of the presidential election.”