January 17 2018
60
Vladimir Putin did not succeed in striving to make the country's business community truly patriotic. In the list of “new citizens” of Malta many names of rich Russians appeared. Apparently, Russia's elite, close to the Kremlin, have their own views on patriotism. 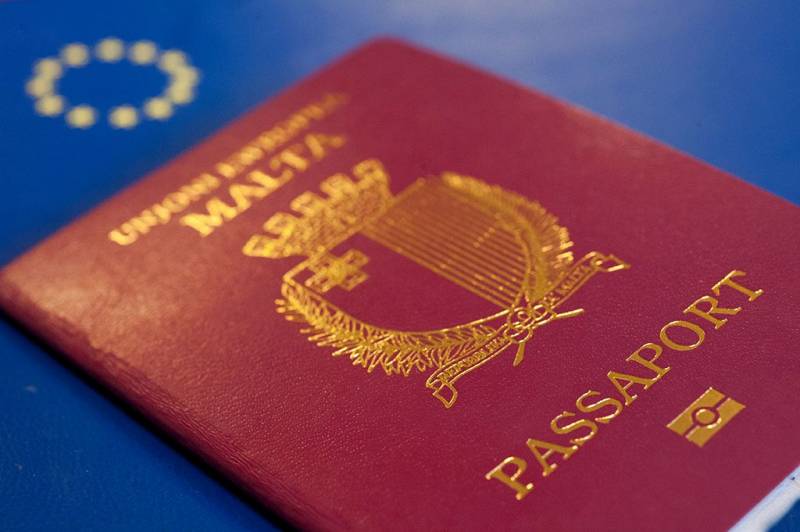 While in the US Treasury the work on a new list of “Russian oligarchs” close to Putin and his government is in full swing, the rich citizens of the Russian Federation are becoming citizens of Malta in droves. This is the new patriotic trend. “Bloomberg” has already appreciated it: Evil ridiculed Putin’s attempts to turn businessmen into patriots. Putin did not succeed: money prefers silence to loud slogans.

Malta passports are not cheap, especially if you translate crisis rubles into full-fledged euros. A passport needs almost a million euros!

Why is Malta superior to Putin? Despite the growing hostility between Russia and the West, President Vladimir Putin clearly failed to convince the Russian business community that it should become “more patriotic,” writes Leonid Bershidsky. The list of "new citizens" of Malta, published recently by the government of this island country, includes quite a few well-known Russian names. And this is “inconvenient truth for the Kremlin”: the Russian elite does not feel an attachment to the “draft besieged fortress” cherished by Putin.

The so-called individual investor program in Malta allows a non-resident alien to actually acquire citizenship in the European Union. All you need to do is pay 650.000 euros (US $ 779.000) to the state plus invest 150.000 euros in government bonds. Also required to buy a property or enter into a long-term lease agreement. Still need to pay the expertise of a lawyer. Maltese citizenship is sold in a “family package”, and spouses and children pay no more than 50 thousand euros per nose.

Such transactions are not offered by any other EU state. Moreover, the European Parliament condemned the practice of Malta back in the 2014 year, noting that EU citizenship "should not be sold under any circumstances." Later, the European Parliament has repeatedly returned to this issue. However, things are still there: the Maltese government has not abandoned its idea.

In addition to allowing visa-free entry to more than 160 countries, a passport obtained in Malta allows its holder to live, work and conduct business in any part of the European Union. Not surprisingly, the demand for passports is high. So high that, according to 2016, he allowed Malta to go from budget deficit to surplus! The citizenship trade brought the island 163,5 million euros that year.

In its official newspapers, the country names all new citizens, regardless of how they achieved citizen status. The list of 2016 of the year, which has become known now, includes the Saudi sheikh, Pakistani magnates, Azerbaijani banker. And dozens of Russians.

The most famous and, perhaps, the richest of them are Arkady Volozh, the founder of Yandex. Putin, reminds Bershidsky, visited the Yandex office last September to learn about the company's achievements in the field of artificial intelligence. “Not all employees of the company were happy to see the president - one employee was even forbidden to be present after publication on the social network, where he spoke in the spirit that he“ doesn't care about Putin, ”the author reminds. Mr Volozh himself, in his letter to the staff, stated that he considers this visit important for the promotion of the company.

Yandex, further notes Bershidsky, “usually cooperates with the Kremlin,” since German Gref, the general director of Sberbank, has been on the company's board of directors since 2014. At the same time, Volozh, a key figure in the technological sector of Russia, "clearly does not feel completely safe." And he secured Maltese citizenship to "his whole family."

Other "new citizens" of Malta are several leading Moscow developers, one co-founder of Kaspersky, leaders of the largest Russian company producing gold, leaders of one of the largest energy companies, one of the leading owners of agricultural land in Russia, owner of a leading distillery in Russia and This is the "business elite of the country," concludes Bershidsky.

No, these people do not turn into emigrants at all. Their business interests inside the country do not allow them to openly express disloyalty to the Kremlin. But they do not want to "put all the eggs in Putin's basket." And the last is for him a "source of constant irritation."

Back in 2014, when the US and the EU imposed sanctions on Russia, the Kremlin offered businessmen an “amnesty of capital” to repatriate about 1 trillions of dollars that left Russia after the collapse of the Soviet Union. Less than 2500 of these businessmen announced their foreign assets and came under an amnesty, which ended in 2016. In anticipation of new sanctions from the United States, which may affect the "oligarchs" close to Putin, the Russian leader "redoubled his efforts," the columnist reminds. During the December meeting with leading business figures, he reportedly offered special government bonds to investors who want to “return home.”

However, for many Russians, the Maltese passport is the best investment.

People whose names appear on the Maltese government list have several reasons to fear trouble. No, they are not part of Putin’s closest entourage and are not major government contractors who are threatened with American sanctions, but they would be more indiscreet if they had not thought about alternatives. Such options would be very useful to them if someone from Putin’s circle or “the terrible law-enforcement machine of Russia” went on the offensive against them. In the system that Putin built, Bershidsky believes, even now he himself “cannot completely restrain the greed of his friends and security officials.”

So, Putin failed to “sell” patriotism either to his country or to the whole world, a columnist believes. However, he will not do anything to the detriment of "insincerely loyal capitalists." Putin's system "depends on their cooperation, on their investments."

The Russian billions that still remain abroad are probably “the most vivid evidence that Putin’s system is weak in its essence,” the analyst sums up. Putin "can tolerate, even fear him, but you can not trust him." “If Maltese passports were cheaper, the Russians could have sunk this island, rushing there in a panic to get them,” the author sneers.

Newspaper list of "new Maltese" with a magnifying glass studied RBC. Among the defendants were people from the Russian list of Forbes magazine. And these people are not dozens, but hundreds.

According to the information, the citizens of Malta became “more than 730 people with well-known in Russia combinations of names, surnames and patronymic names”. In particular, Arkady Volozh, the founder of Yandex, his family members, the owner of the investment and development company O1 Properties Boris Mints and his family members, the full namesake of family members of the co-owner of ICT Holding Ltd Alexander Nesis and his the most. Maltese, RBC continues, were the namesakes of Alexander Mechetin, the largest vodka producer in Russia (co-owner of Beluga Group). The list also includes the name of one of the largest Russian landowners, Igor Khudokormov. The name of Alexey Marey, Chief Executive Officer and Deputy Chairman of the Board of Alfa Bank, was discovered (he left office in November 2017 due to the family moving to London). The list also includes the family of Vladimir Voronin’s owner of the FGC “Leader”, Pavel Grachev, the general director of the Polyus gold mining company, is listed, and the top managers of Kaspersky Lab and other persons are involved. The Russians mentioned received Maltese passports under the Maltese Citizenship for Investment program.

While some Russians are expanding the list of their citizenships, others send their representatives to the United States, panicking over the close publication of another list - the American one. This is not a list of new citizens, but a list with the names of "oligarchs" close to Putin and his government. His drafting ends US Treasury.

Sources of the same Bloomberg they report that the Russian rich, who admit their blacklisting, are now making predictions about their sad future. Others are frantically selling off their assets. Some people went further: he turned to the United States, to those individuals who previously worked in the Ministry of Finance and the State Department and were engaged in just sanctions against Russia. These rich Russians are now trying to do everything to avoid falling into the black list.

This publication was told by former State Department employee D. Fried. He knows what he is talking about, since he himself had to reject some of these requests.

The deadline for the blacklist is January 29. And the panic of other Russians is really great - others take “preventive” measures inside the country even before the list is published. For example, Alfa-Bank in January I refuse to service enterprises of the military-industrial complex of the Russian Federation because of the threat of new US sanctions.

Andrei Kolesnikov, head of the Russian Domestic Politics and Political Institutions program at the Carnegie Moscow Center, believes that representatives of the Russian business elite rightly fear new discriminatory measures from the United States. His opinion leads "Voice of America":

“They are expanding the potential list of those who can fall under the sanctions at the expense of a circle of people close to Putin. It is not by chance that Alfa-Bank has already refused to serve the enterprises of the military-industrial complex of the country due to fears that their activities may be limited by these measures. In general, it creates the feeling that the wave is coming very seriously, and this is a relative novelty compared to the usual sanctions, which are regularly extended and to which everyone is used as a routine. ”

Probably, interesting speeches will soon come to Moscow from one island: they say Malta is feeding Russia ...

Observed and commented on Oleg Chuvakin
- especially for topwar.ru
Ctrl Enter
Noticed oshЫbku Highlight text and press. Ctrl + Enter
We are
Bloomberg Browser: US Tearing Himself Into Parts, Russia Laughing In FistBloomberg and his predictions for the 2015 year. "Not only everything" will survive
60 comments
Information
Dear reader, to leave comments on the publication, you must to register.