Turkish attack Afrina: who will win this game 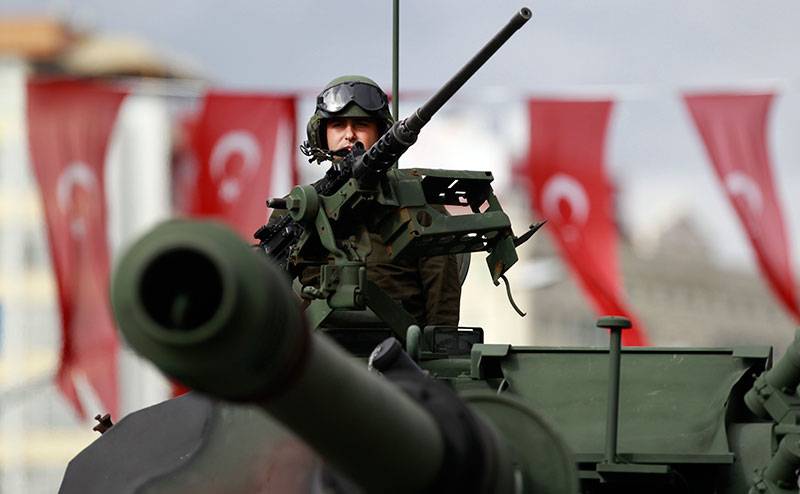 Turkish President Recep Erdogan called on the US military "to remove the YPG stripes" so that they do not become a target for the Turkish military, who, according to him, will solve the problem of Afrin and Manbij once and for all. So, will the Turkish leader decide to go to war? Will we see a direct confrontation between the two NATO countries in Syrian territory?

For several days, the media have reported that the so-called pro-Turkish oppositionists have finished regrouping and are ready to attack the small Kurdish enclave of Afrin in western Syria. The main striking force of the upcoming operation should be the Ankara-formed 20-thousandth army, which, naturally, will be supported by the Turkish Air Force, artillery, special forces, as well as armored formations. Of course, the Kurds will not withstand the concentrated strike of such forces (and de facto today they are almost completely surrounded by pro-Turkish forces). Is their fate already predetermined and no one can save them? Yes, the position of Afrin is risky, but not hopeless. 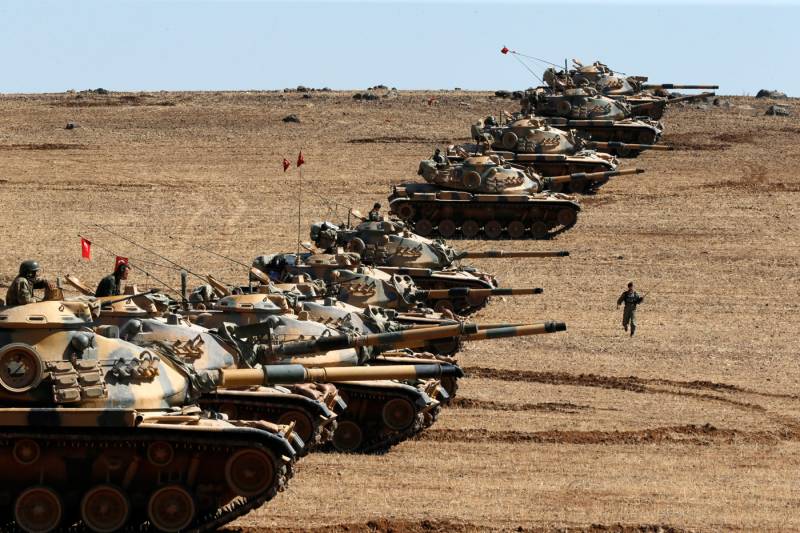 The idea to destroy the Kurdish military detachments in the north of Syria has been hatched by the Turkish leader for a long time. In August, 2016, he ordered the launch of Operation Euphrates Shield. The plan of the operation assumed complete cleaning of the western bank of the river from Kurdish influence. But then the Americans were able to keep the Turkish army from the rash step, pushing its military to the front. Recep Erdogan did not dare then strike and retreated. The risks were too great for him.

Why? Turkey, like Ukraine, is trying to play in the two-vector. Playing on the contradictions of Russia and the United States, Erdogan is trying to get the maximum possible, and while he succeeds. Based on this, it is unprofitable for him to finally break off relations with either of the parties. A blow to the Kurds made him an unequivocal enemy of the United States and completely surrendered him to the power of Russia. I think it was precisely this consideration that ultimately played its part: the Turkish Supreme Commander did not dare to give the order to storm Manbij.

Also, the position of Moscow is working against Ankara, which, during the heat of the passions, agreed to the request of the Kurds to take control of the buffer zone between them and the Turkish army. 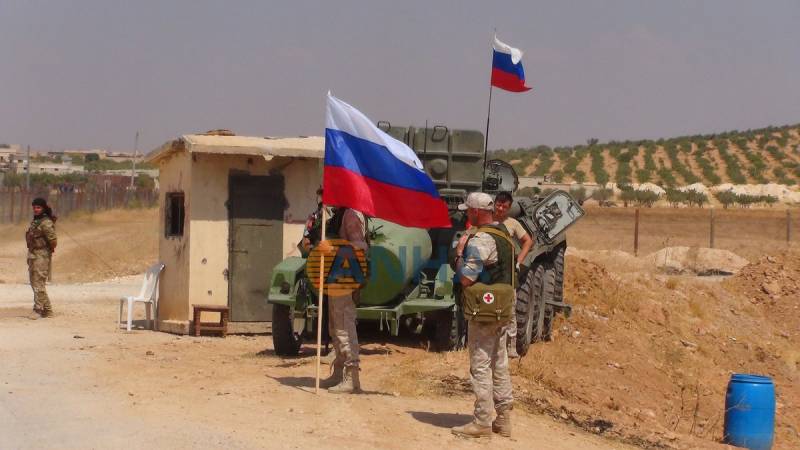 The position of Russia is easy to understand. Today, it does not have enough power and influence to keep the Middle East under its total control. Therefore, she also tries to play on the contradictions of regional players among themselves. And also on their separate contradictions with the former hegemon of the region - the USA. So far she has been doing this, but such a game is possible only as long as there are counterweights against each of the “partners”. It is for this very reason that Russia today is unprofitable the complete destruction of a cut off Kurdistan from all sides. It is much more reasonable to save it, but ... under our own control, not American control. For peacekeeping reasons, naturally.

By the way, for the same reason, today Moscow is unprofitable and the complete destruction of Saudi Arabia, which, along with Israel, is the best counterbalance to its other rapidly growing ally - Iran.

At the same time, today, an ideal situation is emerging for Moscow: it can, using the contradictions between Turkey and the United States, dramatically weaken the positions of both and increase the influence of the legitimate government of Bashar Assad. If the leadership of the Afrinsky enclave really believes in Turkey’s determination to launch an attack, it can go to the only saving solution for them, namely, to raise the flag of Syria over the city and recognize itself as a territory completely under the control of the legitimate government.

Moreover, the example of Afrin can later become an example for Manbij and for the entire territory, which is under the control of the SDF today. Using the Turkish club brought over them, Moscow and Damascus will be able to at least take control of a part of the country’s territory without risk and loss, and, as a maximum, create and then deepen contradictions within the SDF units of different tribes, completely destroy this alliance and thus end the Syrian war. which has obviously entered the next igilov stage (the IG is prohibited in the Russian Federation)), where the former rivals in the fight against the “caliphate” become the main rivals.

Thus, it is early to think that the fate of Afrin is predetermined. While there are several strong opponents who want to get this piece of territory under their control, there remains a fork of solutions. True, all these options for the Kurds - losing. By linking their future with the United States, they became a legitimate victim not only for the Turkish army, but also for Russian diplomacy. Therefore, they have only two options: either die in an unequal struggle with the Turkish "occupiers", or surrender to the mercy of the legitimate government.

And I think that as soon as the Kurds really smell fried, they will turn to Damascus with a request to take them into "citizenship." And the Russian “invaders” will be asked once again to save them from the Turkish thugs, which they will do with pleasure.

PS The most "funny" in this situation is that Moscow in any case remains in the win. If Erdogan attacks, it will finally push him “into the clutches” of Putin, and if not, he will help Russia solve a very important problem for her.

Ctrl Enter
Noticed oshЫbku Highlight text and press. Ctrl + Enter
We are
Before whom did Erdogan squander "AWACS"? Break Russian-Turkish relations can move into a hot phaseWhat scenario is Ankara preparing for? The purpose of the transfer of "Hawks" in Aleppo
30 comments
Information
Dear reader, to leave comments on the publication, you must to register.