January 15 2018
62
Donald Trump is by no means the first US president to be seen with anxiety by world psychiatrists. No, there is a whole tradition! 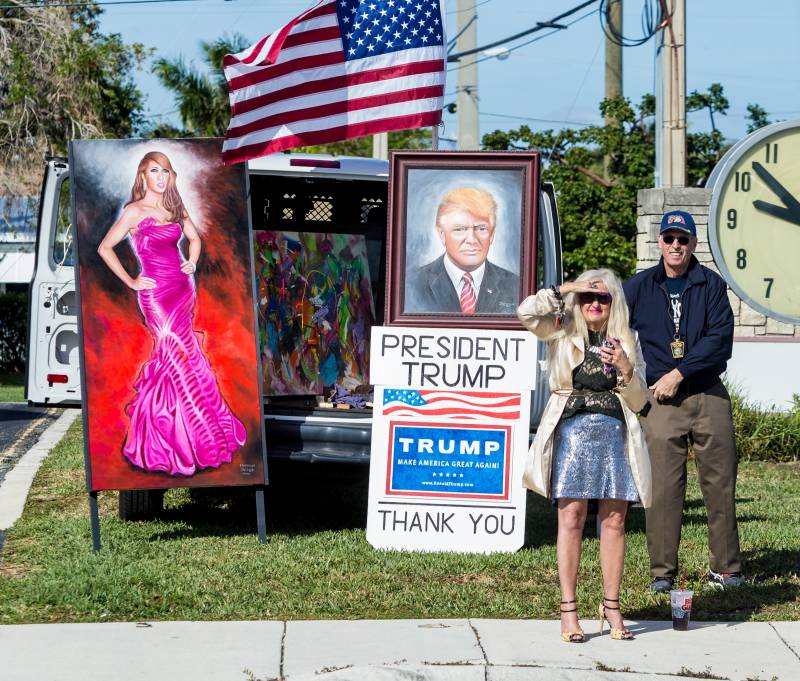 About the anxiety of psychiatrists about the owners of the White House writes influential British daily newspaper "The Times".

Indeed, the current head of the White House is openly suspected of "imbalance." But, quotes the edition "InoTV", in this kind of assumptions there is no new. Nearly half of the presidents of the United States suffered from mental illness, which did not prevent them from managing and even being great, the Times believes.

The White House staff noticed: Mr. Trump is gradually losing the ability to complete sentences. The newspaper reports this with reference to "unverified data", as well as verified sources. Other figures have frankly declared trump's madness. For example, the chairman of the Senate Foreign Relations Committee questioned Trump's “balance”. Steve Bannon, the former chief strategist of the president, said that Trump was "damaged by his mind."

And then - a little fantasy: the finger of a madman is trembling over the nuclear button ... No, no, no need to rush to conclusions. Washington has been full of mentally ill presidents before.

Historians suspect, writes further The Times, that Theodore Roosevelt suffered from bipolar personality disorder. Lyndon Johnson demonstrated “grand narcissism.” There are suggestions that Ronald Reagan was showing early symptoms of Alzheimer's disease. Aides to Bill Clinton expressed concerns about the erotomania of the president. Richard Nixon was generally portrayed as paranoid, and not to mention his alcoholism. In October, 1973, when the Arab-Israeli conflict almost escalated into a world war, this president was so drunk that he could not answer the call of the British Prime Minister.

Why, according to the study on which the Times relies, almost half of the first thirty-seven American presidents had mental disorders!

And in the case of Trump, the main concern is only the dispute itself around his state of mind. There is an opinion that children's psychological trauma could affect the mental development of Trump. There is nothing definite here, apart from the party attitude towards the person of the president: the Democrats may consider Trump to be insane, but the Republicans are just an eccentric, cunning type.

Last year we wrote on "IN" about the correspondence diagnosis made to Mr. Trump. Psychiatrist, neurologist and psychotherapist Karl-Joachim Zander said that Trump has a "narcissistic personality disorder." For society, narcissism "always means trouble." And just in the case of Trump, his narcissism goes down in a negative direction: Donald is convinced that he can lead the state in much the same way as any other company. “He will fail,” says the doctor. “I think Trump is on the edge.” According to the doctor, the American president does not “have an antisocial personality disorder, but has a behavior disorder, that is, a disorder that prevents adequate social behavior.” And Mr. Trump is unlikely to survive a four-year term, the expert believes.

The expert in his judgment is not alone. Thirty-five (!) Certified psychiatrists in an open letter (published in the New York Times) expressed the following general point of view: D. Trump is in a state of "strong emotional instability and lack of empathy," and therefore can hardly rule the state.

Ctrl Enter
Noticed oshЫbku Highlight text and press. Ctrl + Enter
We are
Russian crisis in the Oval Office
62 comments
Information
Dear reader, to leave comments on the publication, you must to register.