Nikolai Brzhozovsky - commandant of the fortress of the dead 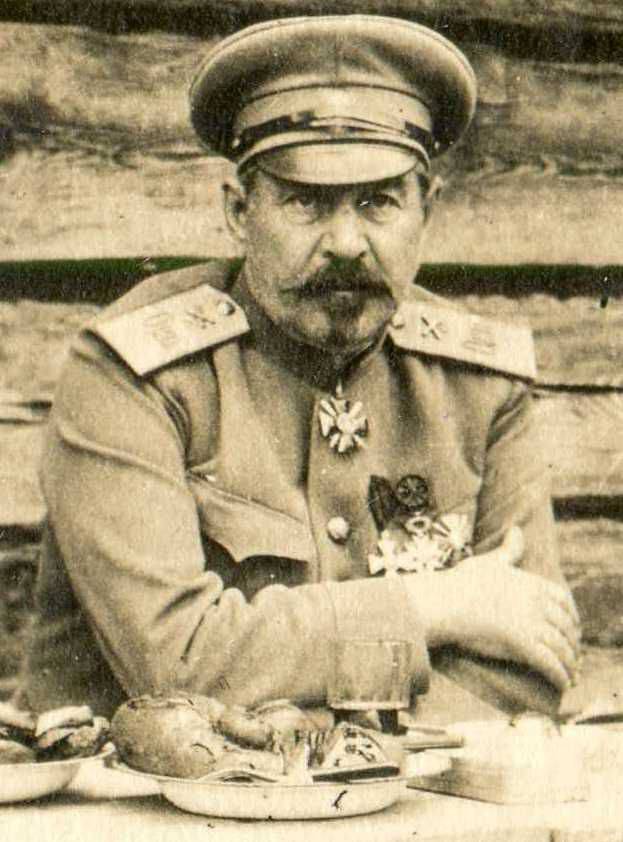 The figure of its commandant, General Nikolai Aleksandrovich Brzhozovsky, Russian military leader, lieutenant-general, participant of almost all wars waged by Russia in the late XIX - early XX centuries, is inseparably connected with the heroic fortress of Osovets.

At the beginning of 1915, under a white flag of a truce, a German officer arrived at the fortress and told General Brzozovsky:

- We give you half a million imperial marks for the surrender of forts. Believe me, this is not a bribe and not a bribe - it is a simple calculation. In the assault on Osovets, we will spend half a million marks on shells. It is more profitable for us to spend the cost of the shells, but not the shells themselves. Do not surrender the fortress - I promise you, in forty-eight hours Osovets as such will cease to exist! General Brzhozovsky, a man of extreme restraint, grinned and replied politely to a spokesman:

- I suggest you stay here. If in forty-eight hours Osovets will stand, I am sorry for you! - hang. If Osovets is surrendered, please be so kind as hang me. And we will not take money!

The fortress not only survived the German assault, but also lasted several more months.

A special place in the world military stories left a terrible, but unparalleled episode, called "Attack of the Dead".

Soldier loyalty to General Brzhozovsky was boundless. At that time, in his attitude towards ordinary soldiers, in his honest loyalty to the emperor, the general was often compared with Suvorov.

On this day, the soldiers of Brzhozovsky made a feat beyond description. It happened 9 days before the Russians were ordered to leave Osovets Fortress ..
... They were dug long at first with ordinary artillery, then Big Berthas, in which the projectile weighed 800 kilograms, were bombed from the air, and 6 in August 1915 of the year at 4 in the morning the dark-green mixture of chlorine and bromine flowed to the Russians. The gas wave 15-meter height and 8-kilometer width covered 20 square kilometers ... 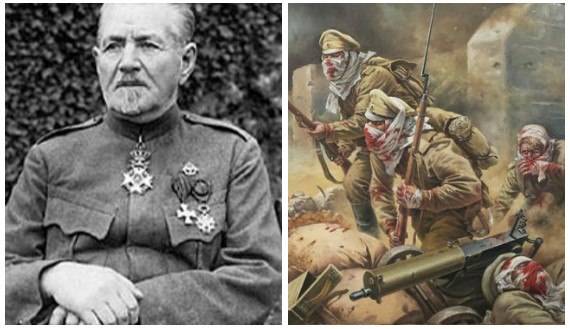 And then 7 of thousands of German soldiers unhurriedly headed for the defenseless Russian trenches. It seemed that the fortress was already in the hands of the Germans. Suddenly, the defenders who survived rose to the bayonets of the counterattack with a shout, or rather, with a cheer, “Hurray!” - the remnants of 8 and 13 are mouth, just a little more than 100 man. Barely keeping on his feet, the soldiers stood behind their commander. The sight of them was terrible. With traces of chemical burns on their faces, wrapped in rags, they hacked blood, literally spitting out pieces of light on bloodied tunics.

The look of the Russians was so terrible that the German infantrymen, not accepting the battle, rushed back, trampling each other and hanging on their own wire obstacles. The fortress resisted again.

After leaving Osovets, General Nikolai Brzhozovsky still fought on the fronts with the First Mirva, participated in the Civil War, and after the victory the Bolsheviks emigrated to Yugoslavia, where he became a prominent and respected member of the White movement. In 20, the trail of a valiant general is lost.

Ctrl Enter
Noticed oshЫbku Highlight text and press. Ctrl + Enter
We are
Attack of the dead. To the 100 anniversary of the feat of defenders of the fortress Osovets"Hornet's nest" of Russian heroes
16 comments
Information
Dear reader, to leave comments on the publication, you must to register.