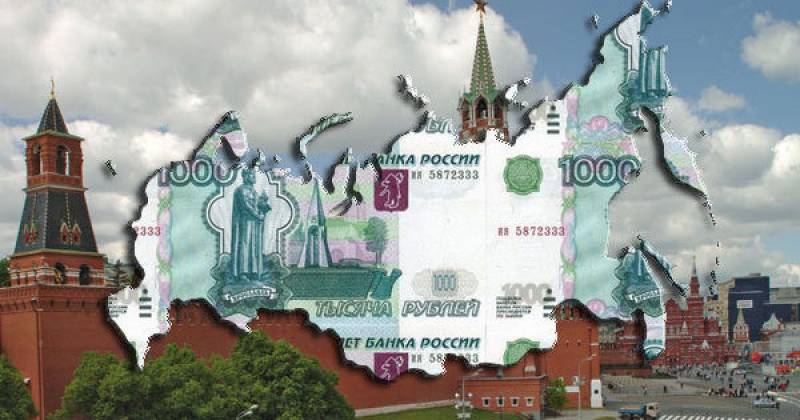 Yesterday, Brent crude oil broke through the mark 70 $ per barrel. For the first time since December 2014. At the same time, the ruble exchange rate was trying to recoup the dollar again, but could not, as the Russian Ministry of Finance announced that the whole next month it would begin to actively buy up “green” in the market and thus would not allow the ruble to strengthen strongly. And the day before, he also said that Russia had no more Reserve Fund: it was over ...

So, so many things happened that they need to be understood. Otherwise, the head can spin.

Expensive oil - is it good or bad?

In general, if you believe the Russian opposition, both systemic and non-systemic, the price of oil for Russia is always bad. No, I did not miss a word. Any oil price is bad. When black gold stormed record highs (more expensive than 100 $ per barrel), it was bad because it was setting the country on an oil and gas needle. 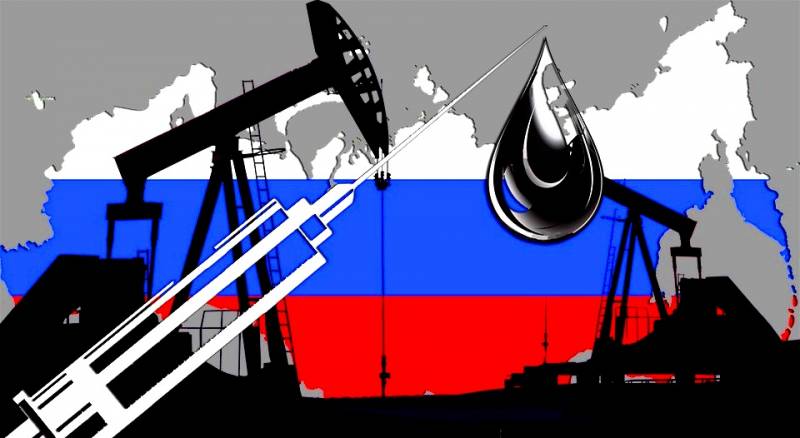 It is strange to hear from the mouth of the opposition, just planted the country in 90-e on this very needle. At the same time, they forgot to mention that in parallel they destroyed a significant part of the Soviet high-tech potential, which the current government is struggling to restore today.

About the good just below, but for now let us return to the "opposition."

It’s time to quote this word in the same way as with respect to the Syrian "oppositionists", which is more correct to call a more appropriate word: enemies.

So when prices are high, this is bad. But, in the opinion of the “opposition,” the fall in oil prices below the plinth is no less bad for Russia. Then they begin to frighten the population, that there is no money and everything will be even worse.

This once again underlines the wretchedness and monotony of their thinking, which revolves around oil, gas and their prices. In another way they do not know how to think. And it never occurred to them that this is why they were in the garbage stories. Could not be.

Meanwhile, it is very easy to destroy the myth that the current leadership of Russia links the country's future with its oil and gas wealth. Just look at just one chart:

The pink line shows the average price per barrel of oil. The blue line is Russia's GDP, also expressed for convenience in dollars. Noteworthy in the graph is the second half of the year 2012. There are no sanctions yet, oil is still highly valued, but Russia's GDP began to grow noticeably faster than oil prices. And this is precisely what indicates that already from this moment the results of the systemic restructuring of the Russian economy have become noticeable. It is the results, since this work itself was carried out much earlier.

What was in the plan of Vladimir Putin, who lay in his desk at the time of taking office almost 20 years ago, perhaps we will ever find out. But now you can evaluate the results of its implementation. Yes, it was precisely when the country's economy was already in ruins after the power of the “reformers” that everything was conceived, and then, with difficulty and brittleness, was put into practice for the country (not yet fully). 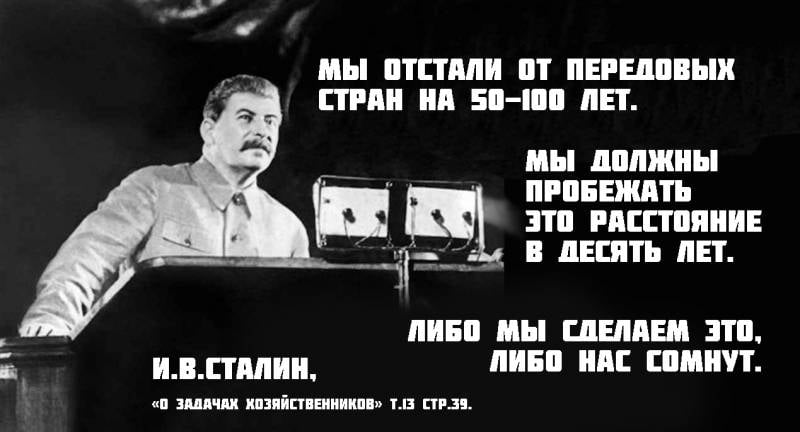 And for oil and gas, the role of a source of financing for a big breakthrough was stated in this regard. In the same way as during the time of Joseph Stalin, the golden fund of the Russian Empire and ... natural resources were used for a big breakthrough of the USSR. It was on them that the Union acquired the critical technology and equipment for this. In Russia, the same thing happened, only instead of the gold of churches, forests and other riches, Putin introduced export duties on oil. And on the money received from this today the Russian economy is actually restarted.

And in general, it is somehow strange to hear today about the immersion of the Russian economy in the oil and gas industry - against the background of the supply of Russian equipment to Germany and the actual knock-down to which the Russian Rosatom sent its Western competitors in recent years, etc. Yes, not everything in Russia is happening the way its citizens would like, but then, even under Stalin, not everything went the way it wanted. Right? It is important that the movement goes in the right direction and with acceleration.

The question remains: is there enough of an initial resource for ending this very Putin jerk?

And what about our reserves

An ordinary mortal deal with a kaleidoscope of events around the Russian foreign exchange reserves without 100 gr. difficult. What is there without the 100 gr., Without half a liter, probably not enough. Reserve fund has evaporated, reserves are growing. What happens, who will explain?

First, we must understand that the task of any government is to ensure sustainable and planned development of the country's economy. As we saw above, Russia for a long time, albeit not announced publicly, has moved on to planned development. The branches of its economy are developing in accordance with a large plan for the reorganization of the country's economy as a whole.

According to a very similar Chinese model. And there are differences between China and Russia, and they are due to different initial conditions and ... different end goals. 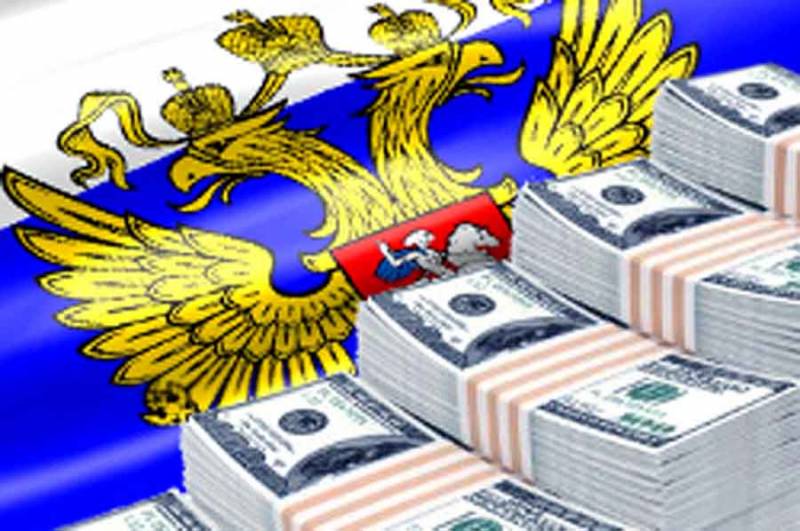 Russian special funds were originally created so that the development of the country's economy proceeds not in spurts, but in accordance with the plan (this is important for sustainability, and this is currently a very big problem for China). The reserve fund was supposed to be used in “lean years”, and the National Wealth Fund is actually the money of Russian pensioners. Therefore, it is not surprising that since the end of 2014, the first has become the main buffer, allowing Russia to continue moving in the chosen direction, despite the external background that has become very negative.

Today, the population of Russia is afraid that with the exhaustion of the Reserve Fund, the country's budget will be out of balance, and this will be the beginning of the end. No, it will not. Already in 2017, the entire 17 billion dollars (albeit the last) were used to finance the budget. And this is a lot less than in 2015-16. Moreover, the prospects for 2018 are very good, because ... oil prices have risen, and from this Russian gold and foreign exchange reserves began to grow (by more than 50 billion dollars over the past year).

Have we really returned to the beginning and came to the point where we started: if there had not been a rise in oil prices, Russia would have fallen into an economic abyss?

Not really. The fact is that the rebound of oil was inevitable. The world economy has long become global, and without its transition to a new energy system (namely, energy), there can be no long low price for traditional energy sources. Their consumption steadily outpaces the speed of production, which means that their prices can only grow. Any long-term drop in prices threatens to turn into a global economic depression, compared to which the crisis of 2008-10. seem flowered.

But even in this case, the leadership of Russia has its own plan of action. And apparently, the key word of this plan is autarky.

Autarky - a system of closed reproduction of the community, with minimal dependence on the exchange with the external environment; economic regime of self-sufficiency of the country in which foreign trade turnover is minimized.

As we understand, the complete closure of the country from foreign markets today is impossible. But this is not necessary. And you need to do so that external factors could not critically affect the country's economy. And if you look at the actions of the leadership of Russia from this angle, then everything falls into place. This means that, whatever the future cost of oil, it will not be able to greatly affect the economy of Russia. Should this “misunderstanding” happen, the plans for the future will be just a little bit adjusted, that's all.

Ctrl Enter
Noticed oshЫbku Highlight text and press. Ctrl + Enter
We are
Results of the week. “If I am leaning against a warm wall in a quiet place, then I’m still nothing at all!”Reports from the militia of New Russia for 27-28 September 2014 of the year
233 comments
Information
Dear reader, to leave comments on the publication, you must to register.