Polish subcommittee: Internal explosions occurred on board the Tu-154 in 2010

January 10 2018
202
A spokeswoman for the next Polish subcommittee to investigate the causes of the crash of the Tu-154 near Smolensk Martha Palenek introduced a new batch of statements about the results of the investigation. As previously announced by the Minister of Defense of Poland (now former) Antoni Macerevich, the subcommission will report on the "explosion on board." And Palenque made such a statement.


The statement is provided by the RMF 24 Information Service:
International expert Frank Taylor works in our subcommittee. He confirms that the wing of the presidential airliner that crashed in Smolensk was destroyed as a result of an internal explosion. Frank Taylor notes that there were at least three sources of explosion on board: in the wing of the Tu-154, in the slot and in the central part of the fuselage. This was confirmed by the analysis of the fall of the aircraft, and more precisely, the option of hitting the door against the ground. Birch had no primary influence on the aircraft. 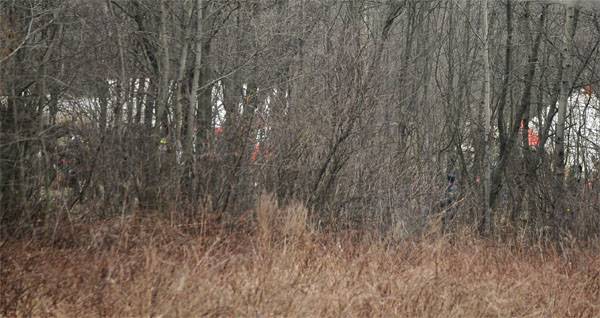 That is, the expert came to his conclusion on the dynamics of the impact of the door?

The website of the Polish Ministry of Defense announces that members of the subcommission presented key findings from the technical report.

If we assume that the conclusions of the subcommission with the participation of a person with a far from Polish name have at least some percentage of the truth, then there are questions about what could have exploded in the wing of an airplane? And even if we assume that the explosions were (and even if not only in the wing of the Tu-154), then there are even more questions to those who prepared the flight from Poland to Smolensk. By the way, the brother of the deceased president Lech Kaczynski, Yaroslav, still could not explain to the press why he did not find himself in the spring of 2010 of the year on that fateful day aboard No.1 of the Polish Air Force.

Ctrl Enter
Noticed oshЫbku Highlight text and press. Ctrl + Enter
We are
202 comments
Information
Dear reader, to leave comments on the publication, you must to register.