Project "ZZ". We are few and fewer. Russia is losing

January 10 2018
286
Russia will kill the demographic crisis. President Putin, who is seeking to take a high chair for another six years, considers resolving this crisis a priority. However, foreign experts believe that in the coming years, the number of Russians will only decrease. The working population will be less and less: Russia is suffering losses in the literal sense of the word. 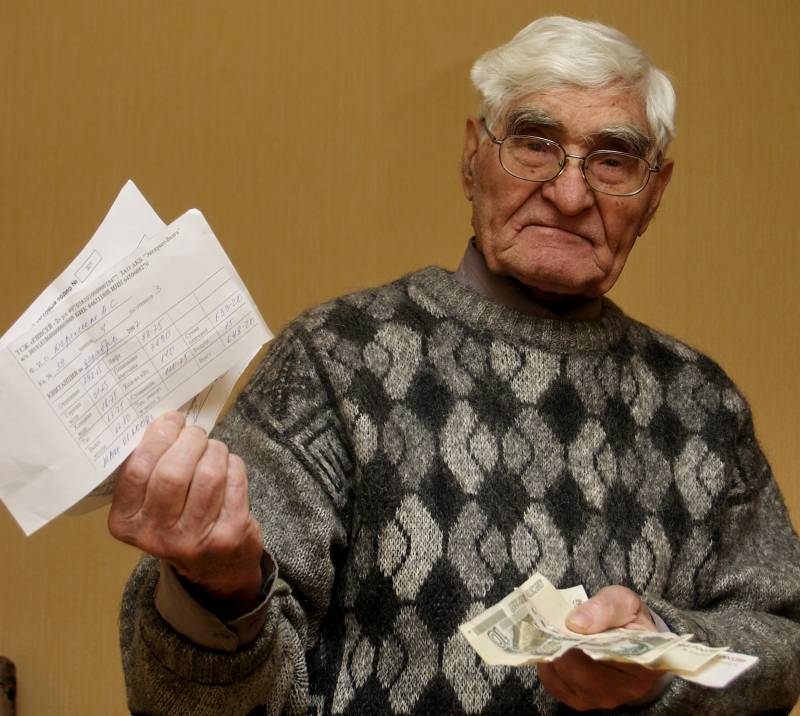 "Russia lacks Russians." Under this grim title was an article by Benjamin Tribe in a Swiss newspaper "Neue Zürcher Zeitung". The demographic decline seriously limits the pace of economic and business development in Russia, the author believes. And there seems to be no “serious solution” for this crisis.

Not only national security and defense are priorities for V. Putin, the journalist writes. One of the priorities is the demographic situation.

At the end of 2017, Russian President Vladimir Putin, the author recalls, announced new measures to support mothers and expanded existing benefits. Families will be able to receive preferential mortgage loans and payments for the first child. In the next three years, such a program will cost the treasury nearly 9 billions of dollars.

The goal is as clear as it is difficult to achieve.

Currently, according to official data, 146,8 of a million people live in the country (without the annexed Peninsula of Crimea, the journalist specifies, about 144 million).

The Russians themselves are much more optimistic. Rosstat (in the original, the ministry called it “Das nationale Statistikamt”) suggests that by 2035, the population will be reduced only to 145,9 million. And at the same time, the net immigration rate is steadily increasing every year (up to 300.000 people per year, the author indicates).

However, economic experts, entrepreneurs and state representatives are also worried about another factor: there is not only a decline in the number of local population, but also a disproportionate decrease in the number of working citizens. Their number falls "over the years," the correspondent writes.

According to Minister of Economy M. Oreshkin, the working-age population in the next six years will be reduced by 800.000 people.

VTB experts estimate the reduction of working citizens for the next eight years only by 500.000 people. But even such a reduction is enough to reduce the gross domestic product of the Russian Federation by 0,5 percentage points. This reduction in GDP will cause significant damage to a country that has experienced a recession in 2015 and 2016. GDP growth in the 2017 year is hardly two percent, and the growth potential is less than 1,5% (according to the International Monetary Fund).

Who will save Russia? And where did this problem come from?

The root of the problem lies in the nineties of the last century, a time of upheaval, the journalist said. After the collapse of the Soviet Union, Russia "plunged into a demographic catastrophe." Many families had fewer children because they were trying to survive elementary. Government support in those years was “practically non-existent,” and prices were growing by leaps and bounds. The country's mortality rate has increased, and the birth rate has fallen from 2,2 children per woman in 1987 to less than 1,2 in 1999.

Since, however, the birth rate is slowly recovering, the birth rate is now at least 1,7. But the situation with a demographic failure cannot be resolved, says Tribe. Here are the data: the proportion of the population aged 15 to 30 in the total population of the Russian Federation has decreased from 24% in 2002 to slightly less than 20% in 2015. Generation 1990 — 2000 it turned out to be the smallest generation and at the same time the generation that gave the smallest number of working citizens for a rather long period. Even if there were at least as many children in those years as were born in the 1980s, the demographic “pit” would not be felt so acutely.

In recent years, the shortage of labor in Russia has already become a structural problem, further points out to Tribe. Companies have problems filling open vacancies. By the way, this is reflected in the wage increase: from 2008 to 2015. real wage growth averaged 2,7% per year, while labor productivity grew by only 1,6%. And only in 2015, there was a significant reduction in wages: under pressure from the recession, many employers preferred to cut wages rather than drive people to the streets, says Tribe.

At the same time, according to official data, unemployment has never risen above historically low 6%.

Today wages in the Russian Federation are growing again. The central bank has already warned of a possible acceleration of inflation.

Russia could respond to a reduction in the supply of labor in three ways: a) the labor force becomes more productive; b) workers work longer; c) there are more workers. Increasing productivity, however, is the most difficult path: it requires investment in education, in machinery and equipment.

And the situation here is as follows: the budget spent by the state on education is insignificant (about four percent of the federal budget), and Russia’s lag in the modernization process is large. From 2008 to 2015, according to the World Bank, gross fixed capital formation in Russia grew on average by only 1,5% per year! Production facilities are outdated. The economy lacks growth opportunities.

We need budget reforms, reforms in the field of entrepreneurship, which will increase the flow of investment, but the Kremlin "is just as difficult to do as it is to extend the working life of the workers." Experts agree that retirement age comes too early in Russia: 55 years for women and 60 years for men. This is one of the lowest retirement ages in the world. It was introduced, reminiscent of Tribe, under Stalin, in 1932. “The financing of the pension system is very old-Testament,” the author writes, “but Vladimir Putin does not want to experience the people's anger, which could provoke an increase in [retirement age].”

The proportion of Russians who, by age, have gone beyond the limits of these restrictions, is growing. According to Rosstat, by 2035, the number of pensioners in the country will be no less than 43 million people, their number will be from 25 to 29% of the total population. At the same time, pensions paid in the country are so low that many pensioners “participate in the shadow economy”: they are forced to work and earn. The imbalance in the country is exacerbated by the fact that women retire early and live long: their life expectancy is 77 years, and men only 67 years. Such a “scary” short life expectancy, explains Tribe, is caused by alcoholism, traffic accidents, violence, and cardiovascular diseases that are widespread in Russia.

Immigration, mentioned above, is by no means a simple solution to the problem. Yes, Russia has for many years been a “destination” for labor migrants from the Caucasus and Central Asia. Meanwhile, the economic crisis of recent years, along with measures of protectionism, have weakened the influx of migrants. In the first half of 2017, immigration no longer compensated for the natural mortality. And even the increased immigration from Ukraine over the past three years has not improved the situation.

And let there be more migrants in the future, this will not improve the general situation: many immigrants from the former Soviet republics have low qualifications. In addition, they occupy not the jobs that were previously claimed by local Russians, but those places that Russians did not want to go to — for example, in construction, the journalist believes. Attraction of valuable personnel, for example, scientists or specialists, is rare, the author notes. Therefore, experts do not believe that Russia will be able to quickly resolve the demographic crisis.

Add a few words about the cost of education in Russia. Russians should not expect any fundamental changes in the budget financing of education - it will be carried out according to the same “residual” principle.

As for raising the retirement age, we note, not only world experts, but also Russian ones speak about it. The main reasons for the upcoming retirement age may be relatively low oil prices, which create a chronic budget deficit dependent on the export of energy resources in Russia, as well as the very demographic “pit” that was discussed above.

43 million pensioners with 70 million working citizens create considerable pressure on the budget, not to mention the shadow economy, from which contributions to the Pension Fund do not come. In the future, working citizens will be even less, since today those who were born in 1990 — 2000, that is, the generation “thinned out” by reformers, began or are starting to work.

Ctrl Enter
Noticed oshЫbku Highlight text and press. Ctrl + Enter
We are
An open letter to Putin - after the anti-Russian attacks of our media and politicians ("Neue Rheinische Zeitung", Germany)Strangulation: the context, conduct and consequences of the American naval blockade of China
286 comments
Information
Dear reader, to leave comments on the publication, you must to register.