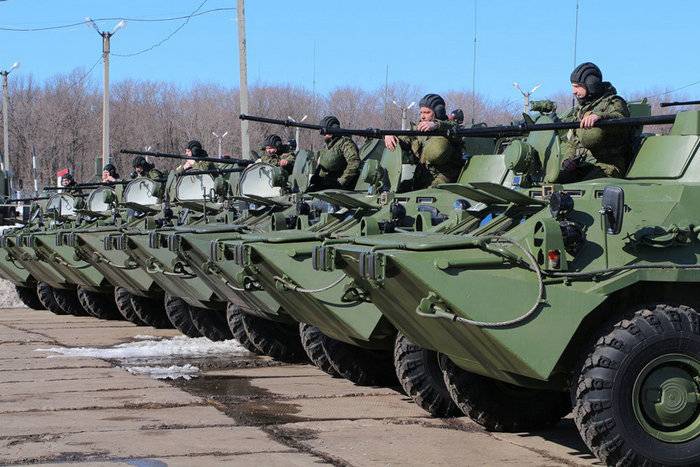 About 20 new armored personnel carriers BTR-82A entered service with the district training center in Elani. The armored vehicles will be used to train gunners-operators, as well as to retrain contract servicemen for new models of equipment, massively entering the Central Military District troops for state defense orders
- He said.

The BTR-82А is distinguished by the 30-mm gun and the combat module, equipped with an electric drive and a weapon stabilizer, which allows you to conduct aimed fire in motion. The firepower of this armored vehicle more than doubles the capabilities of its predecessors.

Ctrl Enter
Noticed oshЫbku Highlight text and press. Ctrl + Enter
We are
Stabbing with the participation of dozens of contract soldiers in the military unit of the Sverdlovsk region. MO deniesAutomatic guns for armored combat vehicles. Point of view of a Western specialist
3 comments
Information
Dear reader, to leave comments on the publication, you must to register.