January 5 2018
123
The United States, Russia and China belong to the European Union without due respect, said German Foreign Minister Sigmar Gabriel in an interview with Spiegel.

Moscow, Beijing and Washington have one thing in common: they do not value the European Union at all. They despise him
- said Foreign Minister. 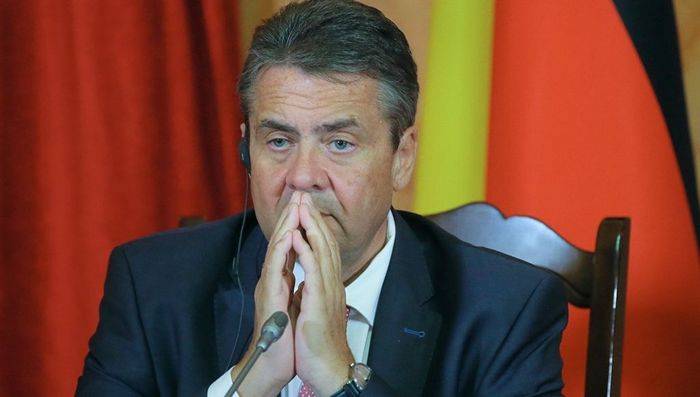 Speaking about the role of Germany in the modern world, Gabriel said that in the past Berlin relied on France, the UK and mainly on the United States. However, now, since the United States is gradually losing ground in the world arena, other forces are filling the political “vacuum,” the minister said. According to him, in Syria it is Russia and Iran, and in trade policy - China.

These examples, says Gabrielle, demonstrate that Germany has not succeeded in promoting its own values. He also expressed confidence that the EU countries should together define common European interests in foreign policy.

In a world in which predators live, it is difficult to be a herbivore
- concluded the Minister.

Earlier, the German foreign minister said that Berlin should strengthen its role in the world, revising previous relations with the United States, and also called for increasing the role of the European Union in the international arena, reports RIA News

Ctrl Enter
Noticed oshЫbku Highlight text and press. Ctrl + Enter
We are
123 comments
Information
Dear reader, to leave comments on the publication, you must to register.