Communism - inevitable? What next?

January 9 2018
72
I want to say in advance that I see some contradictions in my judgments. I also want to say that I am not a specialist in any of the areas I have touched. I decided to write this article after discussing the problem with some of my comrades. 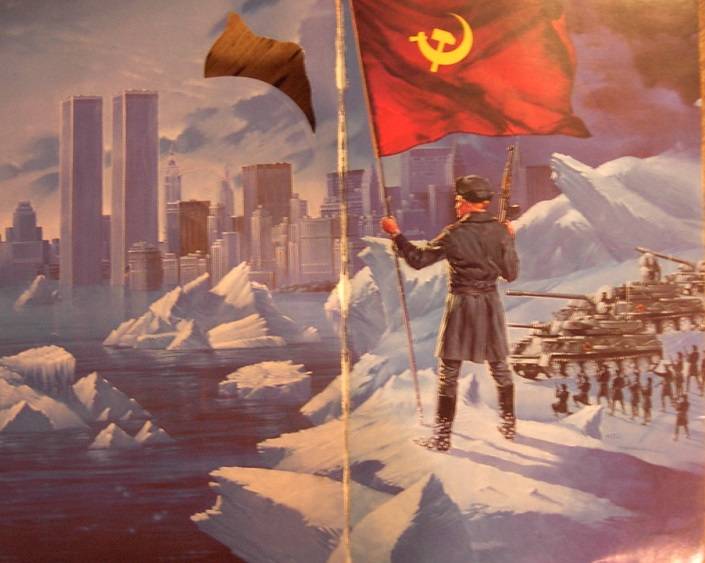 Marx spoke of the inevitability of communism. Let's try to prove it without taking advantage of the arguments of Marx himself (I think that it will not be very difficult for me personally to ignore Marxist arguments, because I did not read Marx’s works, which I publicly repent of) and assuming that communism will provide society with full equality, well or with a minimal degree of differentiation.

All probably heard that society in its development moves in a spiral, going through similar stages. That is, society stands at some position, then goes up to the antithesis, and then from this antithesis to antithesis of antithesis, which is similar to the initial thesis, but still differs from it (I remind you, this is not a circle, but a spiral). And now let's imagine this process in the form of a sine wave.

The blue dot is the communal-tribal system, the so-called “cave communism”.
The green dot is the slave system.
Yellow dot - feudalism (with the placement of feudalism and slavery, I personally still have questions so far, but suppose it is).
The orange dot is capitalism.
The red dot is communism.

That is, the first social formation of humanity carried equality in itself. Everyone lived in the same cave, ate equally well-prepared food, and so on. This was followed by the slave system in which the slave owner forced the slave to work, wild inequality, the need for a constant increase in the number of slaves (mainly by waging wars). Then came feudalism, in which peasants who had their own households with the means of production, albeit modest, worked for the feudal lord, giving him most of their output. Then came capitalism. Workers who do not have their own means of production (in this sense, the analogy with slavery), work for the owner of the enterprise, company. And they do not receive the manufactured products (again, the analogy with slavery). And one more analogy. Capitalism needs more and more new markets (probably, the slave system was doomed at the moment when the ancient civilization had the opportunity to expand, seizing new slaves, so it is possible that capitalism expects the same with the end of space for market expansion). Well, after capitalism, following logic, equality comes again. This time in the form of communism. In my opinion, we have already passed the point of capitalism and today we are moving up to communism (even if social processes do not speak about this, the technological base is quite well suited for this).
Separately, I would like to say about the relationship between communism and the primitive communal system. With the first, the general standard of living will be clearly higher than with the second. And since the sinusoid does not end with communism, in such a situation there will be the third, the fourth, and the fifth formation of equality ... And on each person will live better than on the previous one.

What will happen after communism?

It seems to me that if, before the advent of communism, we do not conquer a single planet, then during its time this will definitely happen. Human civilization needs more and more new resources, raw materials, energy sources, no matter how supporters of resource-saving technologies scream that economy is a “new resource”. For this we need new spaces. Even if we settle on the seabed and ocean surface, we still sooner or later occupy the entire space of this planet, so we will need to expand into space (and it is better to do this even before settling everything that is possible on Earth). And with any system we will come to the necessity of settling new planets, if we want to continue our real development. What was this ranting, I will tell later. It is still useful for further judgments.

I can’t imagine exactly what will happen after communism, so I’ll just assume. Suppose the next form of extreme injustice is biological inequality. Maybe it will be introduced by the “intermediate system” between communism and this inequality, or maybe it will appear as a result of the exploration of distant spaces and the natural evolution of human organisms in new conditions.

Let's think about what could be in the gap between communism and biological inequality. Consider a variant of meritocracy, noocracy (this is by no means a criticism of these forms of government). As technology becomes more complex, more and more qualified specialists will be required, who are likely to grow into a new elite, distinguishing themselves in a separate class and leading us to a new form of inequality. Based on this, we draw our sinusoid. 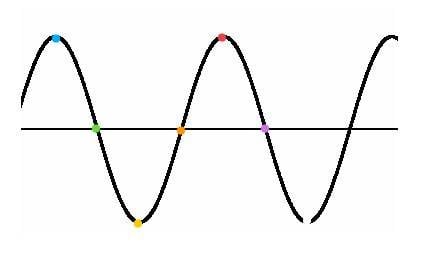 Once again I want to note that this is only an assumption, and not an attempt to unequivocally approve something.

Biological inequality is at a more fundamental level than the inequality of the slave and slave owner (in this case, you can allow the situation when the first one would become the second and the second the first, for example, seized the slave population from some country, she held a response the war and the former slave-owners gave slave to their former slaves). Perhaps the following form of inequality will be fixed at the molecular or even atomic level. After the onset of biological inequality, society will hardly accept this and will strive to overcome it. To me, overcoming this inequality is seen in the development of technologies that make it possible to bring conditions on various cosmic bodies closer to those on earth (the body can relatively quickly adapt to the conditions in which it originally appeared). But in this case, we get a different schedule for the change of social formations.

Although the graph displays only two indicators, I cannot fail to include a third one here. The passage of time, the level of stratification of society and the standard of living. It can be seen that each formation of inequality will be increasingly unfair, fundamental. In this case, with each system that ensures equality, we will receive an ever higher standard of living. But again, this is just my reasoning.

Factors of movement from one formation to another.

Even in the slaveholding system, we noticed that he rested on the growth in the number of slaves, for which it was necessary to wage wars, develop new spaces. Successful wars required the growth of technology. A technically backward army will not defeat a technically advanced adversary, as if they did not shout about the opposite. The same is traced in capitalism. The current developed countries have sucked resources from their colonies (land development), on which the industrial revolution (technology development) was based. As we have traced, the transition to biological inequality will be caused by the development of new spaces already in space. The transition from biological inequality will be further caused by the development of technology (again: these are all just assumptions). In turn, the arrival of communism seems to me in the development of technology. Let's talk about its technological base, which is being formed today.

Communism involves the development of self-government, decentralization of political power, cooperation. This is where modern Internet and blockchain come into play, providing communication, data processing without a central server, data transfers, and so on. To meet the needs of people, following the slogan “From each according to his ability, to each according to his needs,” an increase in labor productivity is required. And to such values, which are not reached until now. And again we see the formation of a base for this now and throughout the entire time since the beginning of the industrial revolution and even before it: raising the level of qualification and division of labor, automating production processes, introducing robots (which is popular now).

But, as we have already noted, the transition between formations requires the acquisition of new spaces. Maybe this is the key to answering the question of slowing down the development of the space industry? Although this is a departure to the side, I can not continue. Notice how quickly space technologies evolved in the sixties of the last century. These years began with the first suborbital flight, and ended with the landing of a man on the moon. Giant leap, huge. And then the flights to the moon stopped ... Honestly, if you follow this, I don’t understand why the Soviet leadership also covered the lunar program, but as an option you can attract the fact that there were no true communists in the top of the CPSU I personally do not really agree, but as an option come down.
Now the maskophiles (how can they not do PR) will probably start talking about the Mask-capitalist, who is about to make a colony on Mars. There are four options for how to explain this situation: a) The mask, secretly from everyone, is a communist; b) he does not understand that he is killing the system in which he exists; c) simply declares plans, not intending to execute them (such stories the American space program has already been at least once); d) all these arguments are wrong. At the same time I would like to say that in the end you still have to land on other celestial bodies. Whatever system is established on Earth.

Already, we are witnessing an acceleration in the development of scientific and technological progress, despite various constraints (such as, for example, as advocates of “intellectual property”). In the epoch of future conquests of outer space, it will be natural to observe more and more rapid exploration of spaces. It is logical to assume that we will move from the formation to the formation faster and faster (although, given that it will be necessary to overcome more and more distance on the schedule, the transition time may remain the same).

Although communism may be inevitable, it is clearly not the final formation, as his theorists said.

Again, these are just my assumptions. I do not claim the truth or the uniqueness of views.

Ctrl Enter
Noticed oshЫbku Highlight text and press. Ctrl + Enter
We are
A great interview with Sergey Lavrov: about Ukraine, Obama and IranWhat you didn't want to know about England
72 comments
Information
Dear reader, to leave comments on the publication, you must to register.