December 30 2017
48
Ukrainian security forces can use the New Year truce to prepare sabotage on the territory of the self-proclaimed Donetsk People's Republic, spokesman for the DPR operational command, Eduard Basurin, told reporters.


The preparation of such actions is evidenced by the fact that the Ukrainian command redeployed units of the special forces regiment of the special operations forces of the Ukrainian Armed Forces, the main "specialization" of which are sabotage and terrorist attacks, to the line of contact in the areas of the Avdiivka, Vodyanoe and Pesky settlements. 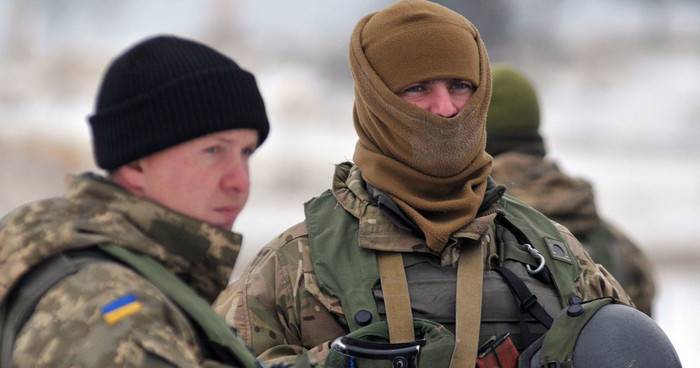 We do not exclude that, taking advantage of the New Year's truce, the Ukrainian side intends to prepare and implement its sabotage at life support facilities in civilian settlements of our republic
- said Basurin.

According to him, in connection with this, in the DPR "measures of a counter-sabotage struggle were held."

We will not let the enemy take us by surprise. A close cooperation was organized between all power structures and the special services of the DPR to prevent terrorist acts and sabotage. Terrorists will be tough and resolute
- added Basurin.

The ceasefire came into force in Donbass from midnight on December 23. However, both parties to the conflict constantly accuse each other of breaking the truce.

Ctrl Enter
Noticed a mistake Highlight text and press. Ctrl + Enter
We are
Reports from the militia of New Russia for November 8 2014 of the year
48 comments
Information
Dear reader, to leave comments on the publication, you must to register.