World Finance year of the outgoing and the coming year 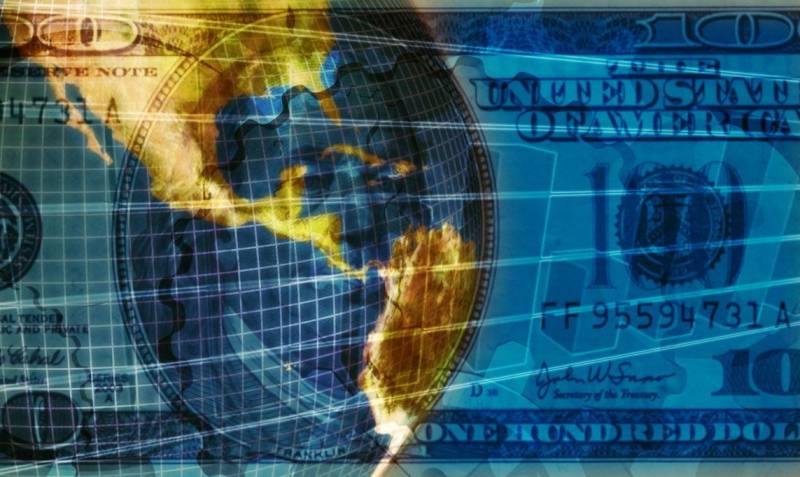 Speaking of the world of finance 2017 year, I break the tradition and will not begin to list the main events that have occurred over the past twelve months. I will name only the event that was expected, but which did not happen. I mean the second wave of the global financial crisis.

The last global financial crisis began ten years ago. Its epicenter was the United States, where for several years there was a bubble in the mortgage market. In the summer of 2007, the first bankruptcies began in the mortgage market and the US mortgage market. In 2008, the crisis spread to other segments of the financial sector of the American economy. The symbol and apogee of the crisis was the bankruptcy in September of 2008 of the gigantic bank Lehman Brothers. At the same time, the crisis began to go beyond the borders of the United States and became global. In 2008, the US stock market indices fell by 40%, in Europe - by 50%. In 2009, the fall in world GDP was recorded - the first since the end of World War II. Some signs of a world economy and international finance coming out of the crisis only became apparent at the end of 2009. In 2010, the global crisis moved into a phase of protracted depression, which continues to the present.

To overcome the depression, the authorities of the United States and a number of other Western countries used a new tool called “quantitative easing” (CS). Behind this lies the banal inclusion of the printing press of the Federal Reserve System of the USA and the central banks of other countries (European Central Bank, Bank of England, Bank of Japan, etc.). The COP, however, was not a medicine, but an anesthetic, and one that only aggravated the disease.

A clear sign of an exacerbation of the disease was that in the 2017 year, it was estimated that the debt indicators of the economies of the leading countries of the world surpassed the 2007 figures of the year. The total amount of debt (including debt of the public sector, the sector of banks and financial organizations, non-financial companies and the household sector) in the United States, the European Union and China exceeded 300% of GDP. The relative levels of debt in these three centers are about the same, experts say that the America, the EU, and China can become the epicenter of the second wave of the global crisis.

From my point of view, China today has even more chances to become such an epicenter. In China, a great development of shadow banking has been obtained. Taking into account the debts resulting from its activities, the relative level of the aggregate debt of the Chinese economy is at least twice as high as the official figure (that is, it exceeds 600% of GDP).

The flip side of astronomical debt are giant bubbles inflated in financial and real estate markets. In the stock market today, all records are breaking the indices of companies belonging to the so-called digital economy. The digital economy itself is a giant bubble. Why, however, did not the bubbles burst, as expected, in 2017? I think it’s because the scale of the monetary issue of the Fed and the central banks of other countries today is incomparably greater than on the eve of the 2007-2009 crisis. Thanks to the increased power of the printing presses, it is now possible to build a higher debt pyramid than the one that was created a decade ago. Well, the consequences of the collapse of the new debt pyramid will be immeasurably more serious. Any panic sown by the media is able to shake and derail the unstable structure.

Actually, to the question of what to expect in 2018, I already answered: we must still wait for the second world wave of the global financial crisis. Considering that a higher debt pyramid was built today than ten years ago, there is some possibility that the next year will be able to slip through and the crisis will be postponed until the 2019 year. Intuition suggests that the probability of a crisis beginning in 2018 can be estimated in 80%, and in 2019 in the year - in 20%.

If in the outgoing year the topic of the second wave of the global financial crisis was in the shadow of the world media, the topic of cryptocurrency received a disproportionately large promotion. At the same time, the mass of cryptocurrency was scanty. At the beginning of 2016, the capitalization of the main cryptocurrencies in the world was estimated at 6 billion dollars, at the beginning of 2017, about 16 billion dollars. And the amount of cash in the world in the middle of the current decade was estimated at 4,5 trillion. dollars, cash and non-cash money supply - in 55 trillion. Doll.

Everyone is hypnotizing the dynamics of market quotes cryptocurrency. Take, for example, bitcoin, which is the most popular cryptocurrency. When bitcoin was born in 2009, its price was less than one US cent. By the beginning of 2017, the bitcoin broke the 1000 dollars bar. In December, 2017 was the moment when bitcoin reached out to 20 thousand dollars. No other financial instruments showed such mad dynamics. The total capitalization of the main cryptocurrencies in the world in mid-December reached 500 billion dollars, and at the time I write this article (December 28), the figure was equal to 650 billion dollars. That is, 40-fold increase compared to the beginning of 2017 of the year.

I have a strong feeling that throughout the year the media artificially stirred up a stir in the cryptocurrency market. Custom character of most publications on this topic is striking.

A small part of the publications focused on the fact that, they say, new money will radically change the world for the better. Say, people are tired of bankers who profit from millions of citizens, and business is tired of annoying control by creditors. It was suggested that cryptocurrency is freedom, including from banking dictate. Cryptocurrencies are private digital money that is created and circulated in electronic peer-to-peer networks, assuming that all participants in the relationship are on the same level and have equal rights and act. No vertical of power, no Big Brother (say, in the person of the central bank or the tax service). Cryptocurrencies involve self-checking based on the use of blockchain technologies (distributed transaction registries). Each transaction participant can check the entire chain of transactions, no dirty tricks and deceptions. It is no longer necessary to say that every person can create money himself (mining). And in the same spirit: “cryptocurrencies are the bright digital future of humanity”. I have already written about the falsity of these digital utopias: this is an information cover for the project of building an electronic banking concentration camp. Private digital currencies are only pilot projects.

And the majority of publications on cryptocurrencies simply call on citizens for rapid enrichment. Whereas previously, the issuing income was received by central banks, now everyone can receive such income, all they need is to acquire the appropriate computer and software. If you are too lazy to engage in mining, you can simply invest in cryptocurrency. We have already shown the first billionaires who have acquired this honorary title due to the fact that they were engaged in the timely purchase of cryptocurrencies. Not too late today. Cryptocurrency quotes are growing every week. Doubters are promised that bitcoin at the end of this decade will cost 500 thousands and even one million US dollars. Such lures work flawlessly. The number of people involved in mining and investing in currencies is growing at about the same pace as cryptocurrency quotes. This can be judged by the number of e-wallets created for storing and accumulating cryptocurrencies. According to experts, in the last months of the year, every day in the world 30-40 thousands of electronic wallets were opened on average, and their total number is measured in tens of millions.

It can be concluded that in the 2017 year, in connection with cryptocurrencies, a global mental epidemic (or mass rage) began. It’s hard to say when it will end, but bitcoin quotes will not exactly reach the one million bar or even 500 thousand dollars. We are witnessing the construction of another debt pyramid, which by definition should collapse. Most likely, this will happen in 2018 year. With some probability, the collapse may be delayed and transferred to the 2019 year.

And about one event that last year passed almost unnoticed, but which, it seems to me, will soon be remembered. We are talking about digital currency, which is developing a consortium of ten largest private banks. There were several short messages that work on this digital currency, which received the conditional name utility settlement coin (USC), is already being completed. Next year, it should be coordinated with the central banks of those countries whose banks participate in the consortium. These ten banks are: UBS, BNY Mellon, Deutsche Bank, Santander, Barclays, CIBC, Credit Suisse, HSBC, MUFG and State Street. They will have to coordinate the new digital currency in the US Federal Reserve, the European Central Bank, the National Bank of Switzerland, the Bank of England, the Bank of Japan, and the Bank of Canada. These are the same central banks, about which I have often written as participants in a central bank cartel (Central Bank-6), working on a gradual transition of the global financial system to a single supranational currency. I think that USC is the prototype of a future supranational currency.

If we see this world, then many today's Bitcoin-type cryptocurrencies will evaporate in it, like the morning mist. However, then the familiar currencies like the US dollar, the euro, the pound sterling, etc. can evaporate. This is the plan of the money owners.

Ctrl Enter
Noticed oshЫbku Highlight text and press. Ctrl + Enter
We are
Who should the United States?List of destroyed the largest and most high-tech enterprises
23 comments
Information
Dear reader, to leave comments on the publication, you must to register.