December 28 2017
16
The Zvezdochka Ship Repair Center has completed the repair of the strategic-purpose submarine cruiser Tula of the 667BDRM project. This was reported in the Ministry of Defense of the Russian Federation. 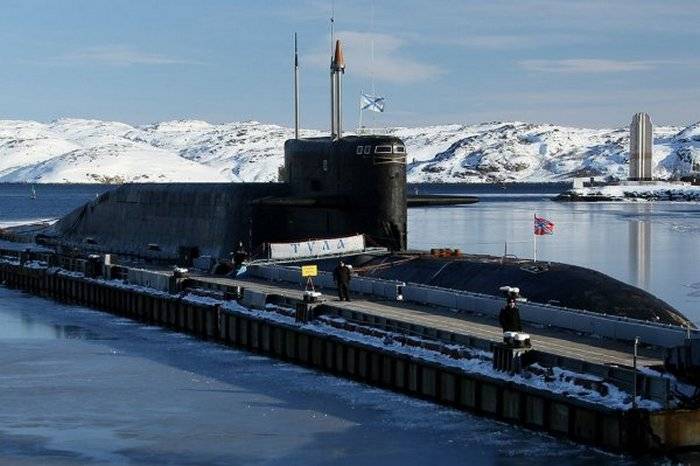 Factory repair of the submarine "Tula" at the enterprise "Zvezdochka" in Severodvinsk was launched in 2015 year. On the submarine repaired a number of mechanisms and systems.

"Tula" refers to the nuclear submarines of project 667BDRM ("Dolphin", according to NATO classification - Delta IV), carrying intercontinental ballistic missiles. Submarine became part of the North fleet in 1987. According to open sources, the displacement of submarines of this type is about 12 thousand tons, they are armed with 16 Sineva or Liner missiles.

Ctrl Enter
Noticed oshЫbku Highlight text and press. Ctrl + Enter
We are
Happy Birthday, Aurora! 120 years since the beginning of the construction of the cruiserThe ground phase of the repair of the atomic submarine "Verkhoturye" is completed
16 comments
Information
Dear reader, to leave comments on the publication, you must to register.