December 28 2017
26
South Korea intends to hold 28-29 December military exercises on the defense of Dokdo Island, claimed by Japan, announced on Thursday the headquarters of the South Korean naval forces. 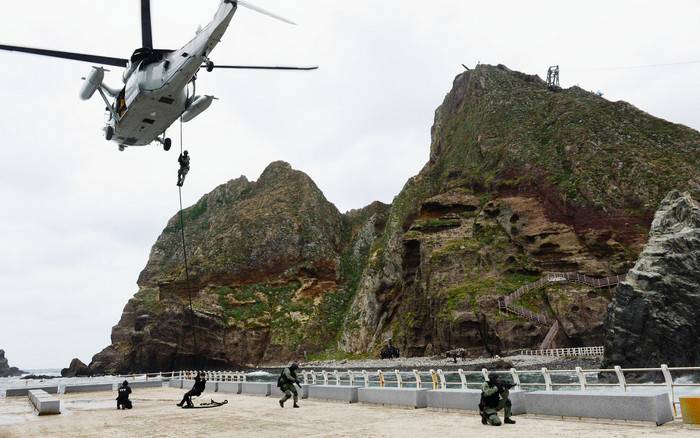 December 28 military forces will hold regular exercises for the defense of Tokto Island - the territory of the Republic of Korea - against the aggression of external forces for two days
- it is spoken in the message of a staff which was transferred by agency Renkhap.

In the exercises on Dokdo Island, already second after South Korean President Zhe Ina came to power in May of this year, all branches of this country's troops will be involved. According to the military department, maneuvers in the archipelago area are planned, they are held twice a year. The scale of the exercises did not change from the previous ones.

Despite the fact that Seoul does not indicate who he has in mind as a possible "aggressor", it is obvious that the maneuvers are directed primarily against Japan. It is the Land of the Rising Sun that disputes the belonging of the archipelago to Korea, considering the islands to be Japanese and calling them Takeshima.