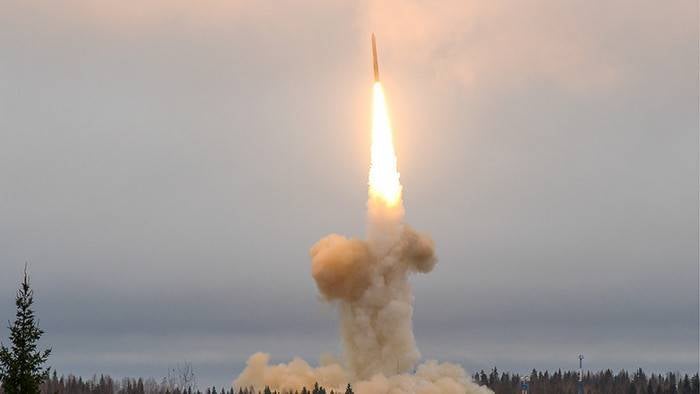 It is noted that the purpose of the launch "was the test of promising combat equipment of intercontinental ballistic missiles."

During the test, experimental data were obtained that will be used to develop effective means of overcoming missile defense and equip them with a promising group of Russian ballistic missiles.
- added to the department.

The test tracks and the test range of the Kapustin Yar test site make it possible to experience promising combat equipment capable of overcoming missile defense, including a promising configuration in the entire range of possible conditions for its delivery to targets in the interests of the Strategic Missile Forces and the Navy, the department said.

Ctrl Enter
Noticed oshЫbku Highlight text and press. Ctrl + Enter
We are
The test launch of "Topol" held from the landfill in southern RussiaBallistic missile RS-12M "Topol" launched from Kapustin Yar training ground
11 comments
Information
Dear reader, to leave comments on the publication, you must to register.