MLRS "Tornado-S" have been tested in Syria

December 26 2017
33
On Monday, when summarizing the work of JSC NPO Splav (Tula) for 2017 a year, CEO Vladimir Lepin announced information about the combat use of the new generation Tornado-S multiple rocket launcher during the fighting in Syria, reports bmpd. 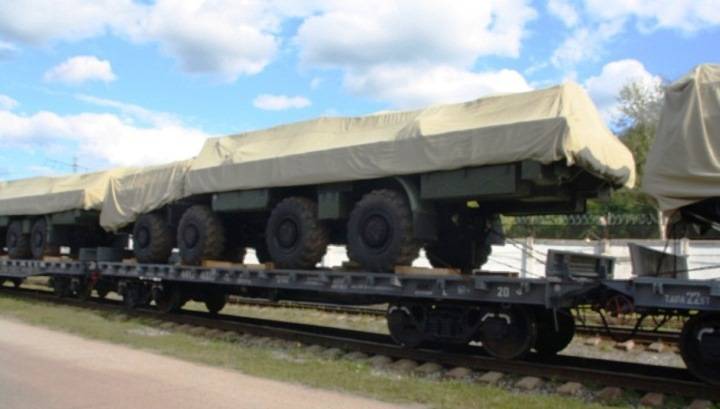 According to the general director, the system “has already set a new vector in the development of salvo fire systems not only in our country, but in the whole world.”

According to the information of the departmental newspaper of the enterprise, “from the Tornado-S BM system it is possible to conduct firing at a greater range than from the Smerch BM RSZ and cover it with one salvo (with a salvo of something - one BM, battery or division, it is not specified) football fields. The structure of each projectile includes a flight control system.

As Lepin noted, the “Tornado-S” combat vehicle is fully autonomous and equipped with equipment that ensures the performance of combat missions without leaving the crew’s calculation numbers ”.

The presence of BM in the firing position is a few minutes. After the combat mission is completed, it is “advanced to a new location, without waiting for the shells to hit the target.”

It is reported that before 2020, these combat vehicles should be replaced in the Russian armed forces of the MLRS Smerch.