German Foreign Minister: I don’t see Ukraine or Turkey in the EU ...

December 26 2017
21
German Foreign Minister Sigmar Gabriel gave an interview reflecting on the future of Ukraine and Turkey within the European Union. According to Gabriel, he does not see any other countries in the EU in the coming years.

I can not imagine Ukraine or Turkey as members of the European Union in the near future. Today we need to work out a model of relations with Kiev and Ankara.

In particular, Gabriel proposed to use the possible experience of communication with Britain after its exit from the EU in order to establish productive contacts with Turkey and Ukraine. 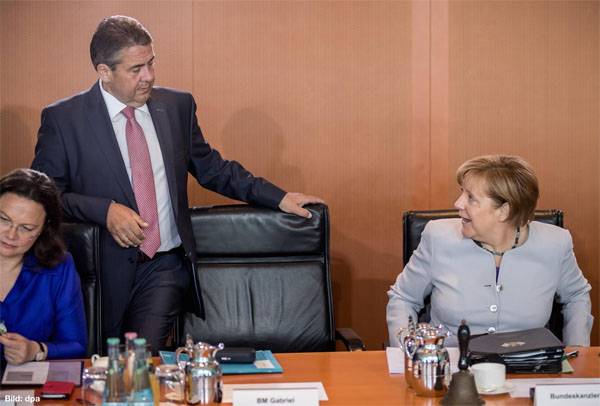 Gabriel:
Therefore, we should think about alternative forms of closer cooperation.

The German Foreign Minister noted that for Germany “a very important fate of Turkey”, where human rights violations continue to occur. As an example, Gabriel cited the situation with the correspondent of the publication "Welt", which was previously detained by Turkish law enforcement agencies.

Recall that earlier Turkish President Erdogan said that if the EU does not want to accept a Turkish state, then these are the problems of the European Union itself.