December 25 2017
37
For the first time in its stories returned the ship to the manufacturer for revision. According to the portal navaltoday.com, the German fleet rejected the newest frigate Baden-Württemberg.


The BAAINBw Procurement Agency under the German Defense Ministry reported that after a series of acceptance tests, the frigate of the shipyard Blohm + Voss returns to eliminate the deficiencies found. The military did not specify the reasons for the return, but the German Navy had previously stated that the new frigate had problems with software and a lurch to the starboard. 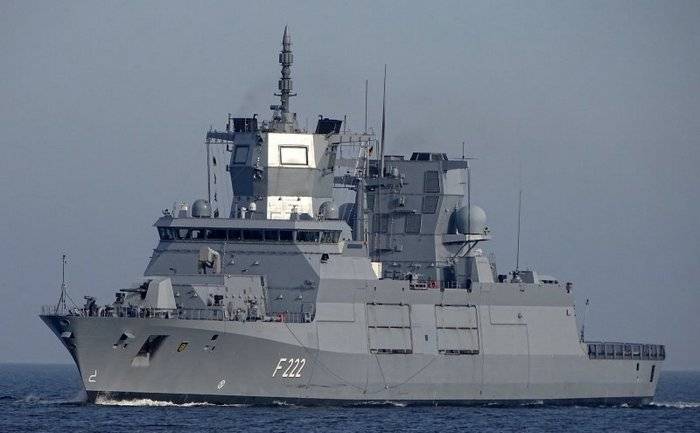 Baden-Württemberg is the first of four ships of the F125 type. Frigate planned to transfer the fleet July 28, but due to a number of problems, the term for the transfer to the fleet was repeatedly postponed. This summer, the Baden-Württemberg underwent a cycle of acceptance tests, which included testing of artillery and missile weapons. As shown by trial operation, the ship was not ready for combat duty.

In size, ships of the F125 type are comparable to destroyers, but in Germany they are classified as frigates, making them the largest combat units in their class. The length of Baden-Württemberg is almost 150 m, width - 19 m, draft - 5 m, full displacement reaches 7200 t. F125 frigates are equipped with a combined power plant of the CODLAG type, combining diesel generators and electric motors. One of the features of the new ships is a long maintenance cycle. The frigate must be without maintenance at the base for two years, while performing operations of medium intensity (5000 hours per year).

The frigate is armed with Otobreda 127 caliber mm and two 27-mm MLG 27 anti-aircraft guns. In addition, the ship has launchers for various types of combat missiles and anti-submarine torpedoes. The total cost of building four ships of the F125 type will be € 2,2 billion. The construction of the second ship of the F125 type (Nordrhein-Westfalen) should be completed next year, and two more (Sachsen-Anhalt and Rheinland-Pfalz) in 2019, reports "Warspot"

Ctrl Enter
Noticed oshЫbku Highlight text and press. Ctrl + Enter
We are
The transfer of the new frigate for the German Navy is delayedIn Germany, laid the third frigate project F125
Military Reviewin Yandex News
Military Reviewin Google News
37 comments
Information
Dear reader, to leave comments on the publication, you must sign in.