Parting words to the President of Russia-2018

December 27 2017
127
It used to be such a practice that voters gave instructions to their candidates. Today this also exists, but in a slightly different scenario. Candidates promise voters common phrases (which they are often not going to do), and voters are trying to grab something for themselves. For home, courtyard, quarter, district. 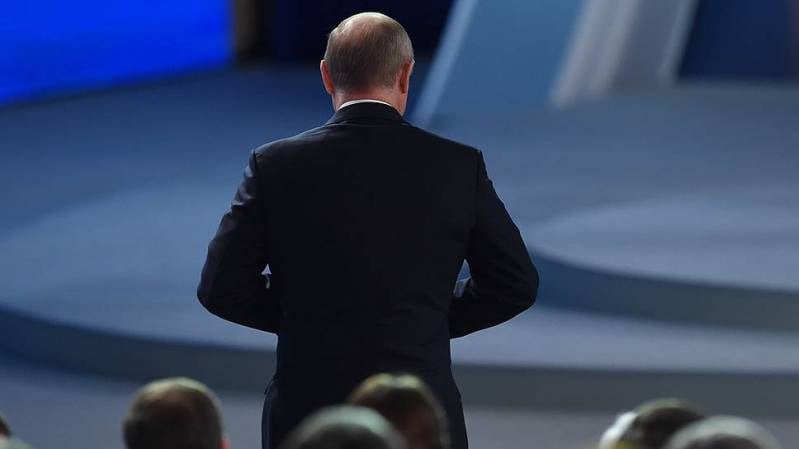 Since we are talking about the president of an entire country, we will talk about things of a different nature. More ambitious.

Of course, it is quite clear that the event, which is already called the “referendum of confidence in Putin,” will, as expected, end in Putin’s victory. There is no doubt about it.

The whole question is solely about how many people will come to the polls and how many will vote against Putin. That is, for Sobchak, Navalny (if allowed), Polonsky, Zhirinovsky and others. The exception, perhaps, is Grudinin, who enjoys the attention and a certain fame as a business executive, and in 2024, he will be able to qualify.

It is this number of voters who will be the determining factor in the 2024 year, when Putin will not be, but there will be some of his successors. The one whom Putin will lead himself to replace, as Yeltsin at one time led Putin. Well, as it was with Medvedev. Track rolled, the meaning of something to change?

But before 2024, there are still as many 6 years of government, and this is what I would like to wish.

Everything is more or less normal here, we are accustomed to the fact that our president constantly replays foreign leaders in the long run. It seems like a self-evident fact. But let's look around. Do we all beat? Have they all won?

As an example - the scandal around our diplomatic property in the United States. There were many angry speeches of our politicians. Statements of the Ministry of Foreign Affairs. So what? Actually, nothing.

But in general - spitting in the face, comparable to the pre-Olympic show.

And the victory in Syria? No one in Russia doubts that Russia has made the main contribution to this victory. Sorry, but today, every European and American will tell you that Russia has cleverly tied to the victory over terrorism. Coalition fought long and almost won. And then the cunning Russian appeared. Appeared to steal the victory.

Although, we must pay tribute, we are well attached to this. Here and other people's video, and videos from a computer game ...

Work on the external front, of course, goes. Every day, in one or the other Russian media, one can read about the respect that is felt for the Russian president in different countries of the world. The whole world listens not even to the words, but to the breath. Authority indisputable.

Only in the next article you can always read about the extension of the sanctions or the adoption of new sanctions against Russia. The American president has no authority. From the word at all. Moreover, most politicians, at least in words, refer to this inadequate, respectively. However, nonetheless ...

Foreign political victories are more than strange: they give us sanctions and humiliations, we give them oil, gas, rocket engines and everything else.

For some reason, there is a desire for a really solid course and not bloated victories. Without lies. Hence the real respect for the country.

I would like to see a departure from the already annoying principle "the king is good - the boyars are bad." More and more we understand the principle that it is against the background of overtly worthless ministers and their leader that the president’s figure looks divine. And - not least - irreplaceable!

The entire economic bloc needs a thorough shake-up. Because, first of all, his actions are aimed at filling the pockets of oligarchs and selling the natural wealth of Russia.

Yes, it is no secret that Russia lives mainly due to the export of oil and gas. Here really, than rich. We sit on the needle, for her, my dear, we even fight.

But if there is not enough money for the development of domestic infrastructure, why does money earned on exports go to the West?

Not everyone understands or is pleased that the Central Bank of the Russian Federation regularly invests in American securities. And the figure is already weighty - 108,7 billion.

But not everyone knows that the Central Bank is investing not only in US bonds.

The state, represented by the relevant ministries and departments, trusts in terms of saving money the United States, France and Germany, rather than domestic companies. Fact. But I would like to completely different.

Actually, this is not surprising. We have a somewhat similar picture in comparison with the times of the USSR. But only a few.

And the whole system, in which it is still necessary to add absolutely corrupt courts, works exclusively for the benefit of the oligarchy. That is the system that Mr. Yeltsin built on the wreckage of the CPSU.

The latest example is the Yamal LNG project. Yes, plant, infrastructure, benefits to the enterprise. But the company was built by a private structure together with the Chinese and the French, and the first gas went to the UK. That is, if you do not go into details, what kind of country was the first client, then yes, victory. The owners of the plant, that is, the oligarchs Timchenko and Michelson.

The power in the country should not belong to a handful of oligarchs who earn money on what the country is rich with. Money earned on the sale of resources should go to the development of the country as a whole, and not go abroad.

It is necessary not to negotiate with the oligarchs, but to force them to return funds to the country. And use for the good of the country, not a group of individuals.

Everything is very strange here. The complete lack of such, it would seem, however, the humiliation of the Soviet past in full. And along with the statements of the president about how everything was terrible and sad in the Soviet Union, there is a glorification of other ideals.

Here you are the president who opens the Yeltsin Center and the wailing wall for political prisoners. Solzhenitsyn as the honor and conscience of the era, and so on.

The peak of the struggle is the State Prize of Alekseeva, who devoted her whole life to the struggle with Russia. Including on the money of foreign intelligence services, which was proven in court in 2006 year.

Here it is worth recalling the Constitution. Written off from the American, with all the consequences. It is still written under Yeltsin and signed by him. It is for the sake of the oligarchic system that we have today.

To sum up somewhat, we have what we have. The construction of the new state by Yeltsin, perhaps, has somewhat slowed down. And we did not reach the ideal that Yavlinsky and Sobchak associates are talking about. But they did not return to Soviet times.

Of course, there is no talk about any return under the present-day power. We are already talking not about the socialist state as a kind of goal, but about the social one. In the image and likeness of Germany, Sweden, Belgium, Finland.

We, in terms of wealth and resources, can well afford to build such a state. And it is even spelled out in the very Constitution. I would just like to remove the amendment: a welfare state for those who "got into the cage."

It is time. Already it makes sense to think about the timing.

Yes, breaking is not building. Restore harder than destroy. But Putin himself admits that restoring the Soviet Union is nonsense. We do not insist.

But what remained of the USSR (culture, education, social sphere) - all this could and should have been not just left, but improved and multiplied.

And to create conditions when everyone, without exception, will give his due. Build a truly great country for all, not just for those in public office and the oligarchs who created their empires under Yeltsin.

March 2018 of the year will show the level of trust in Putin. Two figures: turnout and the number of voters against him. Of course, the so-called administrative resource can wind at least 89%, but ...

And there will be another 6 years in order to really mark the further course of the country. Either a truly great country for a great people, or a great pasture for oligarchs who will shear their sheep and rams.

If you correct the current rate, it will be quite good, as it seems to us. Glory to circumstances, it’s not necessary to break and rebuild today. It is only necessary to improve, since the deadline is the last, and one should not look back at either the "partners" or anyone else.

We think that “there” they understand that in 2024, the administrative resource may not be enough.

We are waiting for March ...

Afterword. Sure, every reader has something to add from himself.

Ctrl Enter
Noticed oshЫbku Highlight text and press. Ctrl + Enter
We are
Project "ZZ". Sobchak and the front "dissatisfied." The people are "tired" from PutinResults of the week. "Well, do not change me because of every idiot!"
Military Reviewin Yandex News
Military Reviewin Google News
127 comments
Information
Dear reader, to leave comments on the publication, you must to register.