Polonsky nominated for presidency in Russia

December 24 2017
129
An initiative group of 520 people nominated businessman Sergey Polonsky as a candidate for the election of the president of the Russian Federation, reports RIA News The message is the head of the campaign headquarters of Maxim Shingarkin. 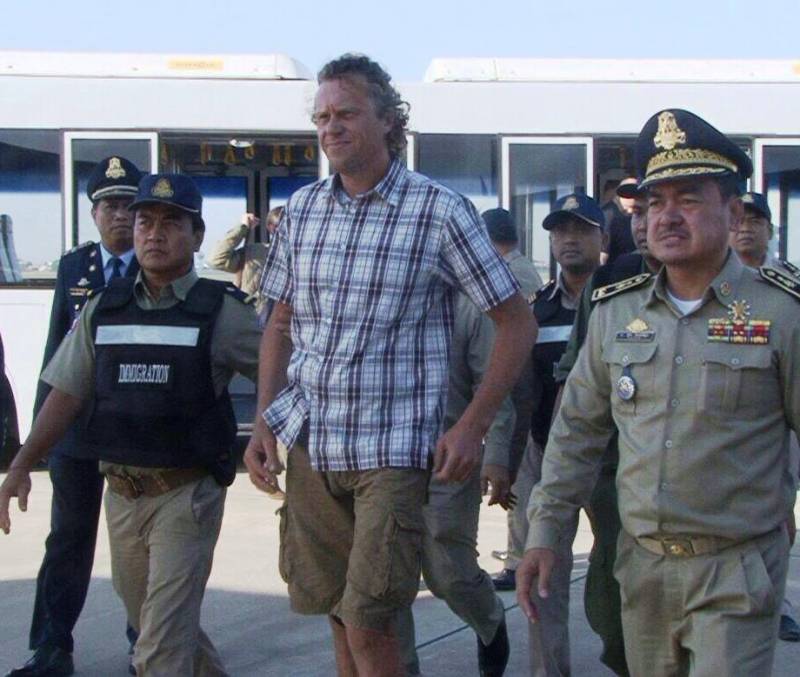 Polonsky is being beaten off from Cambodia, May 17 of the year 2015.

The initiative group for the nomination of Sergei Polonsky gathered on Sunday in Krylatskoye, the number of participants was 520 people. During the meeting of the group, Sergei Polonsky presented for supporters an open computer platform of augmented reality, which will become the basis of municipal and, in the future, government. People with rich life experience and young people equally actively supported the candidate "for all",
told Shingarkin.

Elections will be held on March 18 2018, the election campaign officially launched on December 18.

Polonsky announced the nomination for the presidency of the Russian Federation in the Moscow City Court, which considered the appeal of the decision on amnesty in the case of fraud in the field of entrepreneurial activity and left the sentence unchanged.

Recall, before the 2008 crisis, the entrepreneur was one of the richest people in Russia, he founded the Mirax Group, which built the Federation skyscraper in Moscow-City. In 2015, Cambodian authorities, where Polonsky was hiding from justice, issued him to Russian law enforcement agencies. In the summer of this year, the businessman was sentenced to five years of imprisonment for embezzling 2,6 billion rubles from shareholders of the Rublevskaya Riviera and Kutuzovskaya Mile, but was released from punishment due to the expiration of the statute of limitations.

Ctrl Enter
Noticed oshЫbku Highlight text and press. Ctrl + Enter
We are
Border conflict between Cambodia and Thailand
129 comments
Information
Dear reader, to leave comments on the publication, you must to register.