December 23 2017
79
Deputies from the LDPR faction Vladimir Zhirinovsky and Alexander Sherin submitted to the State Duma a bill on the new day of military glory on December 11 - the Day of victory of the Russian army in the fight against world terror in the Middle East. The document is posted on Saturday in the Duma electronic database.

The draft federal law provides for the establishment of the Day of Military Glory - December 11 - Victory Day of the Russian army in the fight against world terror in the Middle East (2017 year). Adoption of the bill is justified by the need to glorify the military prowess of the Russian army
- reads the explanatory note to the document. 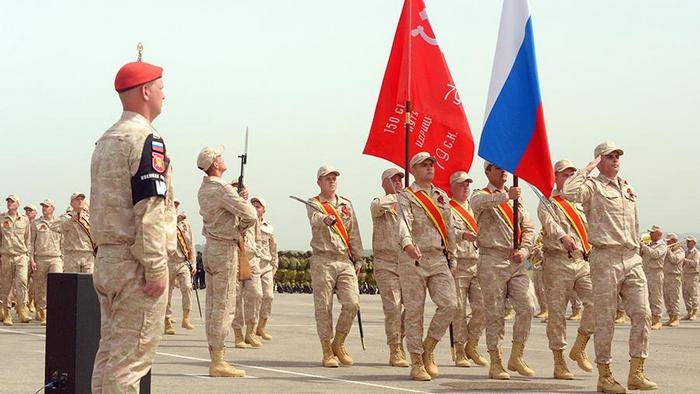 It is assumed that the establishment of the Victory Day of the Russian army in the fight against world terror in the Middle East will help strengthen the patriotic consciousness of Russian citizens.

Moreover, the establishment of the holiday will contribute to perpetuating the memory of the Russian soldiers and journalists who died in Syria, who, at the cost of their lives, fighting for peace and prosperity of present and future generations, were able to protect Russia and the whole world from terrible terror
- noted in the message.

According to the authors of the initiative, “this is not just a victory over a small group of terrorists, it is a victory over world organized terror, which in the foreseeable future will no longer be.”

The military operations that were conducted in Syria by the Russian army led Russia to a triumphal return to the Middle East, a victory not only in the military, but also in the information, diplomatic and geopolitical mission
- underlined in the explanatory note.

11 December, Russian President Vladimir Putin, speaking at Khmeimim airbase, said that the Russian Armed Forces, together with the Syrian army, defeated a group of international terrorists in the UAR.

Ctrl Enter
Noticed oshЫbku Highlight text and press. Ctrl + Enter
We are
Results of the week. “Take off your hats! Expose the head! The body will be taken out now! ”
Military Reviewin Yandex News
Military Reviewin Google News
79 comments
Information
Dear reader, to leave comments on the publication, you must to register.