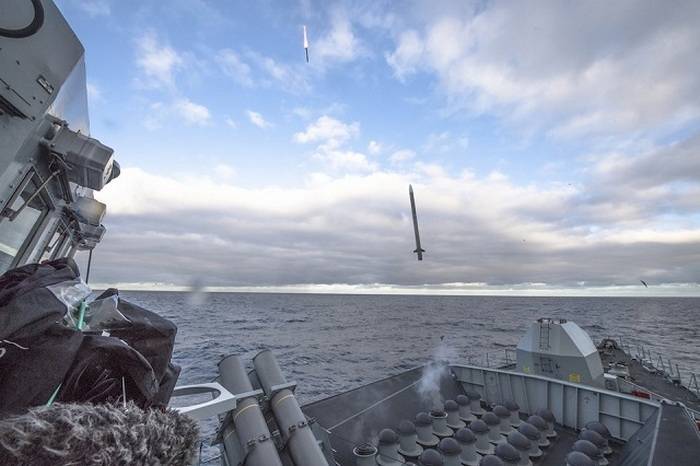 The development of Sea Ceptor missiles is being carried out by MBDA by order of the United Kingdom Ministry of Defense as part of the Future Local Area Air Defense System (FLAADS) project. The new rocket is capable of speeds up to 3500 km / h, which allows it to destroy various air objects, including supersonic rockets.

It is planned that Sea Ceptor will replace Sea Wolf missiles, which are armed with ships of the Type 23 project, and will also be used on promising Type 26 frigates. The mass of the new rocket is 99 kg, length - 3,2 m, diameter - 166 mm, flight range exceeds 25 km. Sea Ceptor will be used on British frigates, which should provide cover for aircraft carriers and strategic nuclear submarines. The key difference between Sea Ceptor and Sea Wolf is that the new missiles are able to protect not only the ship on which they are installed, but also other combat units within their radius of action, reports "Warspot"

Ctrl Enter
Noticed a mistake Highlight text and press. Ctrl + Enter
We are
MBDA promotes MMP and FLAADS projectsFLAADS anti-aircraft missile systems
6 comments
Information
Dear reader, to leave comments on the publication, you must to register.