A Land of Unlearned Lessons 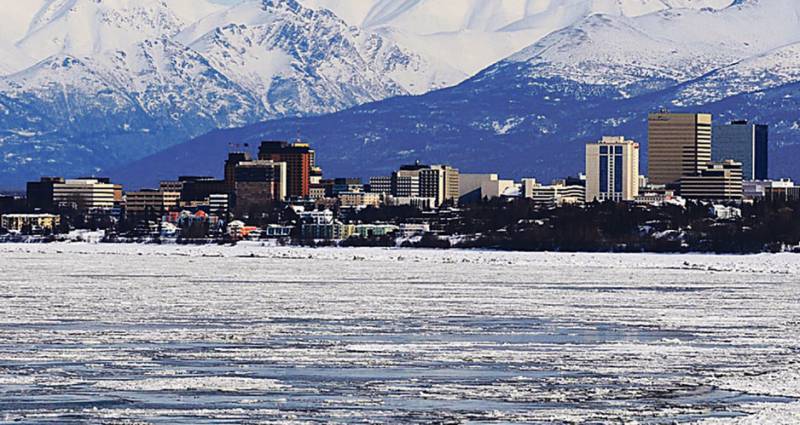 2017, rich in glorious dates, was also marked by a bitter jubilee. 150 years of sale by Alexander II of Russian America are fulfilled. Today it is especially acutely understood that this perfect 30 of March 1867 of the year when the imperial administration handed over Russian capabilities in the Pacific was unprecedented in stories Fatherland state and civilizational crime. Anyway, up to 1991.

What is the cost of the Alaskan deployment of the sinister American HAARP system, not to mention the position of the US NMD area deployed in the former Russian America. But if it were not for the incompetent rule of the late Alexander I, and then Nicholas I, and already directly the criminal policy of Alexander II regarding the “American” part of the imperial possessions, which made up a tenth of the entire territory of Russia, then in Alaska, on the islands of the Alexander Archipelago today position regions of Russian ICBMs. And not only the Voivode, Topol and Yarsy would reach the USA, but even medium-range missiles. States would be what is called a gun.

The refusal of the Russian Empire from its North American possessions became the largest geopolitical miscalculation in the entire post-Petrine history. The epic of the discovery and development of Russian America fascinated everyone: the brilliant names of Peter and Catherine the Great, the fate of the Russian "forerunners" - pioneers and naval officers, their achievements, adventures and labors. But the history of Russian America is also a chain of acts of sabotage by Britain and the United States against our geopolitical prospects in the Pacific. Suffice it to recall the speech given in St. Paul, Minnesota, by the Secretary of State of the North American States Seward during the Crimean War: continent as the outposts of St. Petersburg, and I can say: "Go on and build your outposts along the entire coast, even to the Arctic Ocean - they will nevertheless become the outposts of my own country - monuments to the civilization of the United States in the Northwest ..."

Long-standing frankness of the Yankees makes you think not only about the past, but also about the future. Including in the light of a pressing question: for the sake of what will the Russian North still be mastered - the energy desires of the West or the long-term interests of the integrated development of this part of our country, unique in geographical length and potential, for the benefit of the peoples of Russia? At the end of the twentieth century, Zbigniew Brzezinski wrote a book titled The Grand Chessboard, and the Anglo-Saxons are playing global "chess" brazenly, forcefully. And how do we answer them? Defending Syria and rejecting Ukraine as one of the two fundamental elements of a united and indivisible Russia?

The former Russian North American possessions (and one should not forget about the enclave of Fort Ross and about the projects of the Russian Hawaiian Islands) brought fabulous profits to the Yankees who had taken possession of them. They are a hundred times higher than the negligible amount of seven million dollars that were paid - and then even with a contract-violating delay - for the purchase.

Furs, fish, whales, gold, oil, timber, ore minerals ... All this was given to the United States by the territories discovered by the Russians, mastered by the Russians and officially belonged to Russia, but in the end lost by the stupid, greedy, self-interested anti-national elite. Is the current elite much more far-sighted and nationally oriented? Great at the beginning and development, but sad at the end of the history of Russian America makes you think about it ...

The history of Russian America is the epic of the huge and active patriotism of the Russian people, beginning with the time of Peter and even earlier. And this is also an actual lesson, exciting and inspiring. The archives preserved astonishingly strong in spirit his compiling document - “The Ordinance of G. I. Shelikhov (founder of Russian America. - S. B.) and the navigators of his company, adopted on the island of Kyktak (Kodiak. - S. B.) 1785. December 11. This is the protocol of the general meeting of the Shelikhov expedition, at which very specific pressing issues were discussed, but also the manifesto and the program.

In particular, it was said: “We determined each of our diligence to our dear fatherland of our own free will to find different people unknown to us across the islands and in America of various nations, with whom to start a trade, and through that ... try to subdue such peoples into citizenship. And by our zealous desire, the American limit of God's help has already reached, and after a year's time here in Kenyah, many people were found ... And they bargained with the inhabitants, places with their lands, some inspecting, described, laid out on the map and plan. And besides, inside the land of America and along the coast of it, we hear about wild nations independent of anyone of the different clans, and through that, we hope that our work and losses should be properly repaired, and thus the income that our workers unforeseen by our labor should be discovered. ” .

Many things can be understood from the Shelikhov document: both the measure of the authors' tests, and their understanding of the importance of combining personal and state interest into one, and their desire not to destroy “wild nations”, but to include them within the limits of Russian life. All Shelikhov's “Ordinance” pervaded the pioneering spirit, and it ended like this: “... we must, in order to spread the territory of the All-Russian Empire to the local land edge, search all parts of the unknown islands and the peoples living in such places through tenderness, in friendship to bring both on the islands and on the motherland of American land inhabited ... "

By deciding on the Kodiak 11 on December 1785 of the year, and it turned out! In 1786, the people of Shelikhov set up fortresses on Afognak Island off the southeast coast of Alaska and on the Kenai Peninsula. And in 1789, by his order, the first borders of Russian America are marked with 15 metal signs.

It was a long time ago, but it was. And this should not be forgotten not only for the sake of historical justice, but also for the sake of the future of the peoples of Russia.

Ctrl Enter
Noticed oshЫbku Highlight text and press. Ctrl + Enter
We are
Chernobyl notebook. Part of 3On the sale of Russian Colony Fort Ross in California
75 comments
Information
Dear reader, to leave comments on the publication, you must to register.