December 19 2017
66
During his speech, Japanese Prime Minister Shinzo Abe once again raised the issue of the status of the South Kuriles. According to Mr. Abe, he intends to “promote consideration of the status of the 4 islands on the Kuril Ridge. In Japan, we recall, we are still confident that Russia should certainly abandon the South Kuril Islands and transfer them under the sovereignty of the Land of the Rising Sun. In exchange, Tokyo proposes the signing of a peace treaty, considering that this is an equivalent "exchange."


RIA News cites a statement by Shinzo Abe:
I intend to solve the problem of ownership of the four islands (Kunashir, Shikotan, Iturup and Habomai) and to achieve concrete progress towards the conclusion of a peace treaty. It is important to accelerate the specification of five projects of joint activities with Russia on these islands. 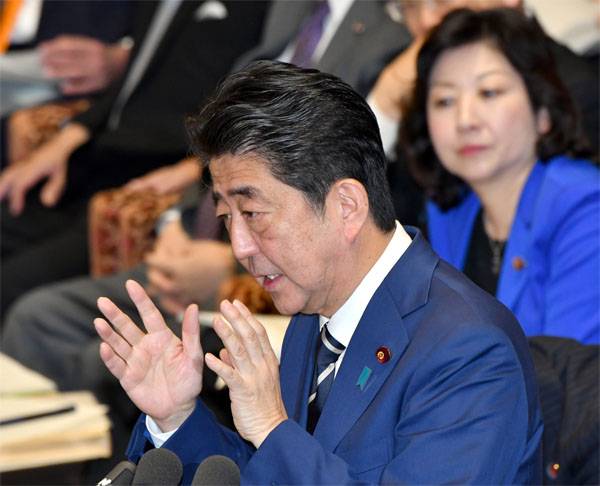 It should be noted that the Japanese business has recently been trying to gain a foothold in the Russian market, having received a frank task from Tokyo to actually buy out the South Kuril Islands with its investments. In particular, the Japanese company is ready to invest in a certain amount the project of building a subway in Voronezh. In addition, the Japanese believe that participation in the construction of modern medical centers in the regions of Russia must necessarily “influence” the Russian Federation on the issue of the status of the Kurils.

Earlier, Russian President Vladimir Putin noted that Russia has no territorial issues and questions. According to him, only the Japanese side are reporting problems with the Kuriles.