Russian-speaking residents of Ukraine should "defend" against Russia: the scenario of "reconciliation"

December 19 2017
52
The end of the Ukrainian conflict, Putin "does not want," says Andreas Umland. However, despite Putin’s unwillingness to put up, reconciliation is still “possible.” 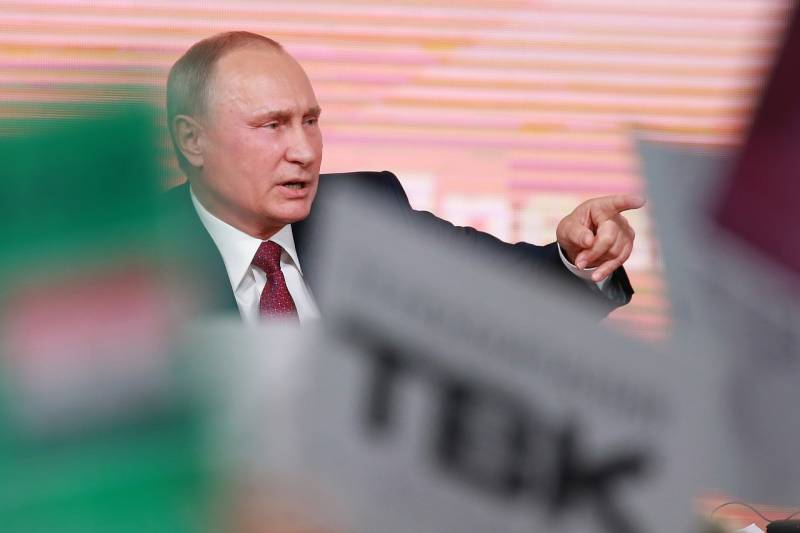 Nothing can force Moscow to change the policy: neither the Geneva Declaration of 2014 of the year, nor the Minsk Agreements of 2014 and 2015, nor the proposal for a UN peacekeeping mission in the Donbas put forward by Kiev, talks about “Putin’s lack of desire” by Andreas Umland in the publication Focus (Germany, source of translation - "InoSMI").

True, there was also Putin’s proposal for a small UN peacekeeping mission with a limited mandate to guard OSCE observers. The analyst finds this proposal as a “tactical move,” or even a “diversion maneuver.” The probability of a "propaganda stunt" is not excluded.

Umland believes that the Kremlin wins "from the sluggish war in eastern Ukraine" in domestic politics. Difficult to Europeanize Ukraine, the Kremlin eliminates the creation of an anti-model for its own system and strengthens the "stability of Russian kleptocracy." That is why not a single point of the Minsk Agreements has been fulfilled. The Kremlin "does not want to stabilize Ukraine," the author concludes.

The compromise does not depend on Kiev's attitude towards the Donbass separatists, the analyst further writes, but on the Kremlin's interest in a real solution to the Donbass problem. Moscow will be interested in a solution when "the costs of a prolonged occupation exceed the political benefits of its continuation for Putin & Co." When this happens, an agreement will be reached. The author sees the most probable "option with an interim administration and an armed UN peacekeeping mission (possibly in cooperation with the OSCE and / or the EU) in the occupied regions." A transitional administration could make demilitarization possible.

Admits the author of the article and something else. “Perhaps the wide participation of Russian-speaking residents of Ukraine in the defense of the country against Russia is the key to future reconciliation between both Eastern Slavic Orthodox peoples,” he generates the idea. “As soon as it becomes known in Russia that many Ukrainian fighters and victims of Russian military operations in eastern Ukraine are Russian-speaking or even Russian, the approval of Moscow’s“ help ”to the separatists and the actions of the Kremlin on Ukrainian territory may decrease among the Russian population, - adds the author. Well, then the Russians will just be ashamed:

"As a result of the growing awareness of the Russian population, the repentance and shame of the Russians for the Ukrainian adventures of their leadership, opportunities for step-by-step reconciliation with Ukraine will open."

In such a way, Herr Umland arranged the future of Ukraine without Russia and finally turned the Russians and Ukrainians (“Russian-speaking”) into fierce enemies openly fighting against each other. And then, as is customary in western historical science, Russia must repent for its sins. Sorry, Russia is not easy, but informed.

Ctrl Enter
Noticed a mistake Highlight text and press. Ctrl + Enter
We are
The big press conference of Vladimir Putin
52 comments
Information
Dear reader, to leave comments on the publication, you must to register.