Donbass: a fragile peace or a big war?

December 19 2017
27
The situation in the Donbas, which has already become aggravated lately, is becoming more and more alarming. In addition to the intensified shelling and belligerent statements of Ukrainian politicians, another blow to the Minsk-2 is the forced withdrawal of Russian observers from the Joint Center for Control and Coordination of the Ceasefire (JCCC). 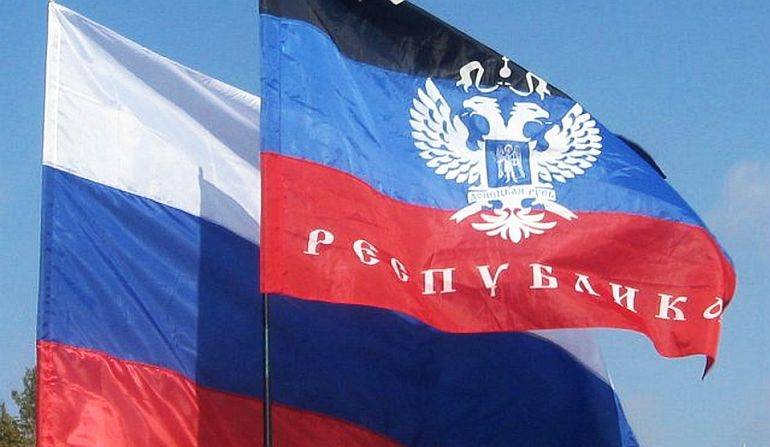 The need for such a decision in Moscow is due to the actions of, first of all, the Ukrainian side. The Information and Press Department of the Ministry of Foreign Affairs of the Russian Federation issued a statement in which official Kiev is accused of deliberately creating for Russian military observers "tense moral and psychological environment"And"barriers to the performance of their duties».

So, Russian participants in the JCCC were repeatedly denied access to the line of contact, and even communication with the local population. In addition, according to the Russian Foreign Ministry, the Ukrainian military often disrespected the Russians..

The last straw was that Ukraine intends to introduce new rules for the entry of citizens of the Russian Federation from the beginning of next year. According to these rules, every Russian entering is obliged to disclose in advance their detailed personal data (including information about relatives). It is clear that in the case of military personnel this impossible.

The Russian Foreign Ministry said that “foreign partners” had already been informed about this decision, after which “responsibility for possible consequences falls entirely on the Ukrainian side».

A joint center of control and coordination was once established at the initiative of Ukraine itself. It was not provided for directly by the Minsk agreements. But until then, until the time, the JCC allowed the Russian and Ukrainian military to negotiate for some separate episodes. For example, if the Ukrainian punishers were bombarding an important infrastructure object that caused civilians to suffer, then the Russian military could stop this crime by means of negotiations. In addition, the JCCC cooperated closely with the OSCE Special Monitoring Mission.

On the Ukrainian side, the “hawks” did not actively like this. Therefore, there have been cases of overt disrespect for the Russian participants in the JCCC. Attempts by Russia to save the Center and agree that the new order of entry does not concern the members of this mission are not crowned with success.

Official Kiev, despite the fact that he himself is to blame for the situation, condemns the decision of Russia and calls it "another provocation", Which"significantly undermines the Minsk agreement". Although - who would talk about the arrangements? In this case, they are poked by the side that constantly tramples them.

The current situation, the Maidan regime of Ukraine intends to use in order to once again turn to the West and ask "increase pressure on the Kremlin". In addition, Kiev announced the termination of the activities of its observers in the territory of the DPR and the LPR.

All this can not but cause concern. The Minsk truce, though very fragile, nevertheless, for several years restrained Ukrainian punishers from trying to arrange a great deal of bloodshed. However, it tied the hands of not only Neo-Nazis-Banderovites, but also defenders of the DNR and the LC, who are unable to respond to the shelling. At the same time, Ukrainian fighters repeatedly captured the villages declared demilitarized zone.

In view of all this, the Minsk agreements caused rejection from all sides. Yes, this mechanism still saved many lives. But the constant, almost daily death of one, then two, then three people ... Of course, this gives rise to anger and quite fair questions from the people of the People's Republics (and everyone who sympathizes with them). It may not be the daily death of dozens of people, but still blood and tears flow a lot.

Moreover, people live under the constant threat that the punitive "to go off the chain." The deputy head of the operational command of the DPR, Eduard Basurin, at a recent briefing, said that Kiev is still preparing for war, dragging heavy weapons to the line of contact and increasingly using drones. He called to exert international pressure on the "Poroshenko regime" to prevent major bloodshed.

Another touch to all this - tightening the process of exchanging prisoners by the Ukrainian side. It seemed that it was already practically resolved the issue. But, as the DPR Morozova, the Ombudsman of the DPR, stated, the Kiev side rejected a proposal to exchange prisoners of December 27 (as proposed by the Republic). Although there is still hope that, nevertheless, until the end of the year, prisoners will receive freedom.

Despite the fact that Russia is withdrawing its employees from the JCCC, and Ukraine announced the departure of its observers from the DPR and the LPR, the Donetsk People's Republic still hopes to save this structure. Representatives of the DNI will continue to work in the Center. In addition, the People’s Council of the Republic decided to create special groups to monitor the situation in the shelling zone. According to the Deputy Chairman of the National Assembly of the DPR, Olga Makeeva, this work will be carried out in two formats. First, specific deputies will be assigned to the frontline areas, and secondly, mobile groups will be created that will go to the field in the event of shelling.
All this, of course, will not replace the previous work carried out by the JSCC, but will allow to continue monitoring the situation.

And the killing of civilians continues ... December 18 Ukrainian punitive again opened fire on the cities of Donetsk and Lugansk People's Republics: Gorlovka Pervomaisk and Stakhanov. At the same time in the city of Stakhanov, a 93-year-old pensioner died of a heart attack caused by shelling. One of the residents of the village Golmovsky (near Gorlovka) was wounded.

As for the Russian servicemen, who were supposed to cross the contact line and be in Soledar (controlled by Kiev), according to the plan, the Ukrainian side did not give them appropriate security guarantees. Because at the moment they remain in place.

The withdrawal of the Russians from the CCKK by itself, of course, does not mean that “Minsk” is completely dead. Moreover, this structure was not originally provided for by the Minsk agreements - it was already formed during the execution of the agreements, and not by diplomats, but by the military. But if you take into account the actions of the Ukrainian side, which is increasing the number of shelling, and also recall the recent statements by the United States and Canada about the supply of lethal weapons to Kiev - all this creates a rather gloomy picture of the near future.

But there is still a chance to prevent a big war. To do this, it is necessary to put pressure on the Kiev regime. And then there are two questions. First, how will Western "partners" behave? Practice shows that there is little hope for their prudence. The second and main question remains: What support will be given to the People's Republics? We can not allow the massacre, which so want some "too hot" heads in Kiev ...