December 18 2017
24
Ukraine in the coming 10-15 years will need the loan programs of the International Monetary Fund (IMF), reports TASS, citing a source in the fund. 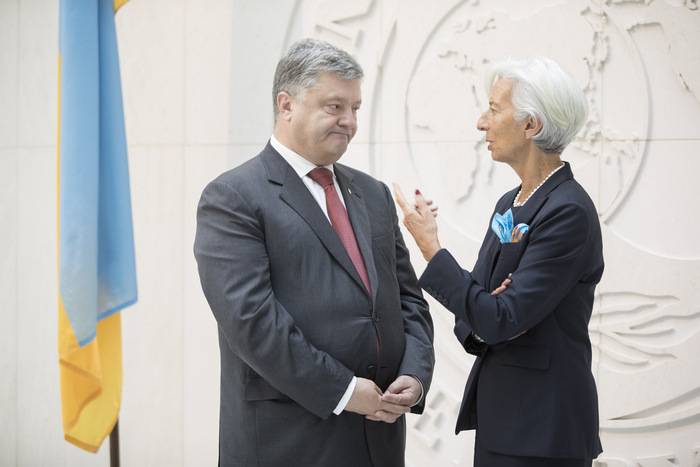 Ukraine is doomed to have programs with the Fund in the coming 10-15 years, because in the 2019 year they will have a jump in loan payments, including from the IMF, from the USA, from the European Union
- he said. The interviewee noted that in the absence of a new credit program, Ukraine’s probability of default is very high.

The source also commented on the situation with Ukraine's Eurobonds, recalling that the IMF recognized the debt as sovereign. According to the agency interlocutor, the organization “calls on the parties to agree on conditions that would not contradict the fund’s program.” At the same time, he noted that although there is talk about it, no action is taken.

In March, 2015 of the year, the IMF approved a new credit program for Ukraine on 17,5 billion dollars, which replaced the previous program from the year 2014, which remained under-fulfilled. The new program is designed for five years, within its framework, the authorities of Ukraine have already received four tranches for 8,38 billion dollars. The last translation was made on 5 on April 2017, the next one is expected in the spring of 2018.