December 15 2017
74
The Russian military denied reports of foreign media about the interception in the skies over Syria of two attack aircraft Su-25 VKS by the American F-22 fighter, reports RIA News. 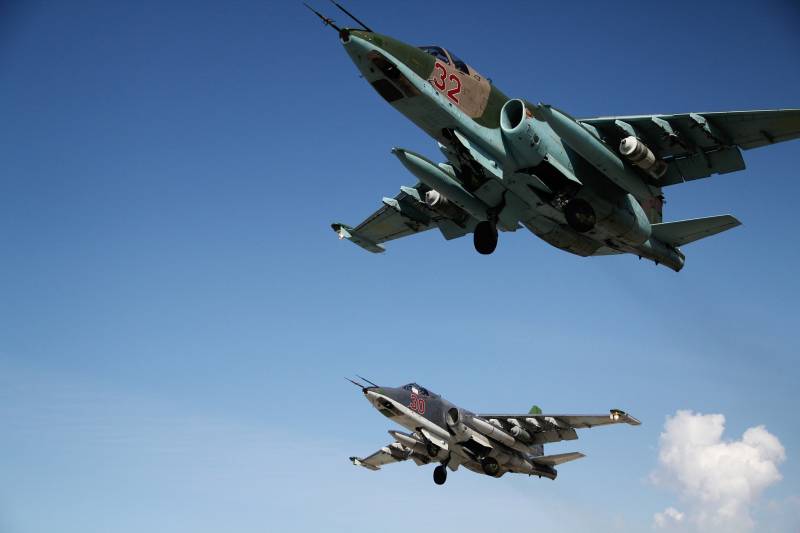 As clarified in the department, the incident occurred on December 13.

From the east bank of the river, an American F-22 fighter approached them (Russian planes). Shooting heat traps, the F-22 interfered with a pair of Russian Su-25,
says release.

After these maneuvers, the Russian Su-22С fighter approached the F-35, “as a result, the American plane was forced to leave the area in a hurry,” the Defense Ministry said.

Earlier, on December 9, the official representative of the Ministry of Defense of the Russian Federation Igor Konashenkov stated that most of the convergence of Russian and American aircraft in the skies over Syria were associated with attempts by the US Air Force to prevent the destruction of the Islamic State terrorists (the group is banned in Russia).