December 14 2017
50
The Ministry of Defense of the Russian Federation began large-scale reform of artillery units. The artillery regiments and brigades receive the MLRS "Uragan-M1", self-propelled guns "Msta-M2" and drones, the artillery systems of the ultra-high power - "Peonies" and "Tulips" are reported, News. 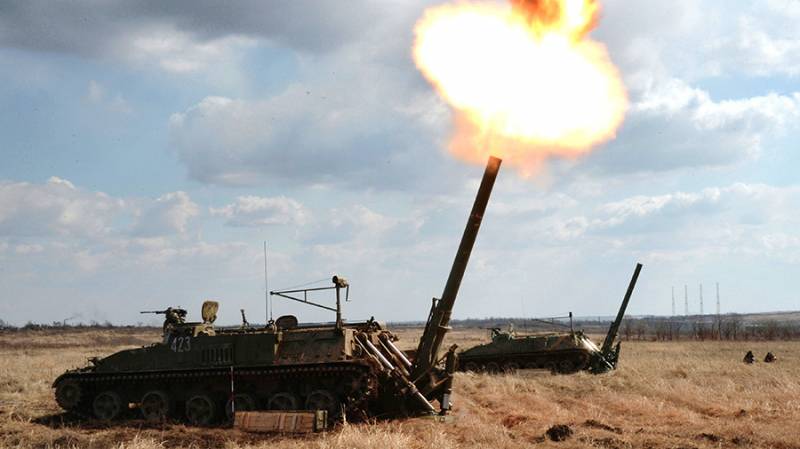 The military told the newspaper about a change in the structure of artillery formations: “Earlier in the artillery regiments of divisions there were two divisions equipped with self-propelled howitzers and one division of multiple launch rocket systems (MLRS) Grad. The same amount of artillery was in the combined arms brigades. From the autumn of this year, divisions of the 220-millimeter Hurricane MLRS began to appear in artillery regiments and brigades.

As military expert Viktor Murakhovsky noted, with the advent of “Hurricanes” “the firepower of the formations increases significantly.”

"Hurricanes" is a universal system. For them, developed a new ammunition - cluster, volumetric explosion, increased range. Also this MLRS can use ammunition from "Grad" caliber 122 mm,
he said.

According to sources in the Ministry of Defense, in the future, the supplied MLRS will be replaced by more advanced Uragan-M1. About this MLRS little is known. However, experts note that “batch loading of launchers using transport-launch containers will significantly increase the rate of fire”. It is known that in the arsenal of the "Hurricane-M1" there are guided missiles. And thanks to the automated control system (ACS) and the onboard computer system, the MLRS can destroy targets in real time without interfering with the calculation.

The rate of fire has increased multiple. Now you can quickly recharge and give not one, but two volleys, without changing positions. Such opportunities are especially in demand in areas where the enemy is actively engaged in counter-battery struggle,
explained Murakhovsky.

In addition, long-distance howitzers “Tulips” and “Peonies” are returned to the connections.
The system's rate of fire has increased multiple, - said Victor Murakhovsky. - Now you can quickly recharge and give not one, but two volleys, without changing positions. Such opportunities are especially in demand in areas where the enemy is actively engaged in counter-battery struggle.

The main trump card of "Tulips" and "Peonies" is powerful projectiles that can hit well-fortified targets. The experience of the conflicts of recent years has shown that 122 mm or 152 mm artillery systems are not effective enough. The capacity of their ammunition is not enough to destroy not only the firing points in urban buildings, but also competently erected field fortifications. For this reason it was decided to return to the army powerful calibers,
told military expert Anton Lavrov.

In addition to long-range howitzers and MLRS artillery brigades and regiments will receive unmanned reconnaissance complexes with automated control systems (ACS). The appearance of an unmanned artillery reconnaissance system (BKAR) “Orlan-10” will seriously affect the tactics of combat.

As reported to the publication in the military, "Orlans" were tested at the end of last year. From the autumn of this year, the complexes began to enter the army.

"BKAR" Orlan-10 "consists of several UAVs, an information analysis and processing station, as well as an automated control system," explained the Ministry of Defense. “The complexes are equipped with miniature radio reconnaissance stations that allow the detection of enemy command posts, firing positions of the MLRS, cannon artillery and communication stations.”

Unmanned systems have become an important tool in modern warfare. They allow you to find targets in real time behind enemy lines. And also seriously save ammunition - the complex allows you to adjust the shooting,
noted Lavrov.

Ctrl Enter
Noticed oshЫbku Highlight text and press. Ctrl + Enter
We are
Reports from the militia of New Russia for 4-5 of October 2014 of the year
Military Reviewin Yandex News
Military Reviewin Google News
50 comments
Information
Dear reader, to leave comments on the publication, you must to register.