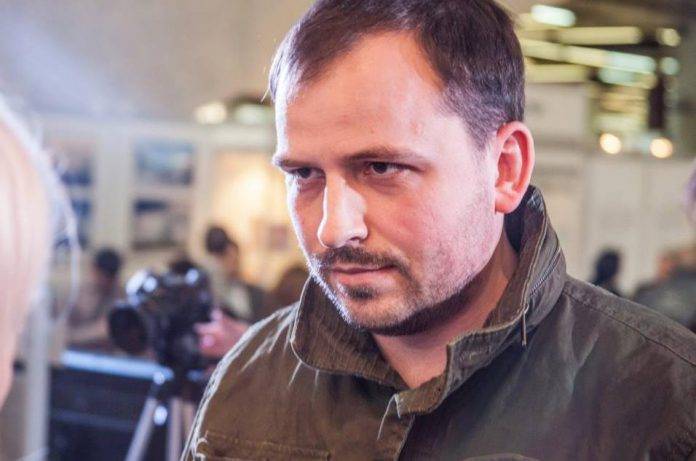 The production of a scandalous ballet in the Bolshoi Theater seems to have been repulsed six months ago, because too many were outraged by the fact that part of the ballet was taking place against the background of Nureyev's photograph with all the anatomical details - to the whole backdrop of the stage, to a high-rise value. Also in ballet many other pornographic "highlights". But society calmed down in vain. The ballet came out - with a scandalous photo, with "love" duets of same-sex individuals. Moreover, he came out not just in the form of some clumsy, unpleasant, annoying, but private, near-artistic fact of our reality - he is revealed as a manifestation. Supported by many top officials and oligarchs. Obviously, the authors and actors of the play, who had bowed in t-shirts on which “Freedom to Serebrennikov” was written, share the pathos.

We were criticized for destroying illusions, for shaking the boat. But it seems to me that at some point you need to lower your eyes under your feet and see that the boat is full of water. If any choir should subside after all that is happening, then this is not a choir consisting of our timid voices calling on people to come to their senses and realize what is going on. And the choir of those who are trying with all their might to look for an acquittal score for themselves, to justify what is happening, with a certain plan, in accordance with which it is necessary to pass back a little more, to make some other small concession. And then an ambush regiment will fly out and crush all evil spirits and, finally, bring the state to the operational field.

It is necessary to look at things sensibly and soberly. This means that we ourselves must make tragic diagnoses. Not a specific person directs what is happening, not an individual kind of fate leads Russia - heroic or, conversely, treacherous. The process is controlled by the class. And this class is perfectly visible in the frames of the television broadcasts of the performance. Scattered names applauding "Nureyev" together make up the class. Class winners in the 91 year. And this class now introduces once again (just like in 90's) knee-elbow lyrics. Legitimizes this position again not only for himself, but also for the whole country. Because we understand that the tragic opera titled “Our non-participation in the Olympics” has the same knee-bowed shade. And this is not the last link. So, you need to stop hoping that within this class there will be sound forces, some long-standing silence and officers pretending to be part of this class, patriots who suddenly seize the helm and turn the whole ship in the opposite direction. Not. “Nureyev” is a manifesto, this is the true face of the class that won in 91, and this class’s true view of how the relations of our country with the outside world, the people and the government, should take shape.

Perhaps the face - this is precisely the fact that in “Nureyev” below the belt on the famous photo, due to which ballet would not have been allowed on the stage before. I’m not sure where the “elite” has a coupon and what is in this case an instrument of diplomatic docking for the class indicated. But it is absolutely certain that the whole pathos of what happened in these luxurious decorations should be perceived as such. In diplomatic language, this is probably called a bargaining position. And our negotiating position is as follows. And I think the people will be asked to support this position and take a similar one, because in order to find points, so to speak, of contact with the West, the ruling people must stand firmly on their feet at home. And it is not for this that the points of contact with the West are sought in order to lose the dominant heights conquered in 90's. Therefore, another controversial question, who is actually the protagonist of this action? If you decipher the presentation to the end, translate it into Russian - who is really Nureyev?

It is clear to everyone what is happening, it is clear that this means, it is clear to whom the signal is being sent. Absolutely logical signal. Following the toothless, inglorious attempts to change something in the UN Security Council, after the head of Zhukov, for which we humbly are ready to accept any slop and insults, as well as the owner of this head, some Nureyev should dance. And all this public had to go to some play and pat the state traitor, embodied by the best artists and musicians of the country in this "immortal production."

But that's what I think about. Since 91, in the entire post-Soviet space (not only in our country), people have come to power, united by collective responsibility and collective participation in the robbery of the national wealth in these 90. They very well resemble rural occupation administrations during the Great Patriotic War. It could be Vlasov, it could Bandera, but those and others had to somehow build a relationship with their leadership. It could be the Wehrmacht, there could be people from the SS, it could be the administration of the Eastern Reich Commissariat. But in any case, it was necessary, on the one hand, to establish relations with the higher authorities, and on the other hand, to maintain confidence among the common people in the occupied territories. As a rule, these administrations portrayed in the eyes of the people peculiar defenders from the Germans. They said: “If you behave badly, if you do not trust us, the Germans will come and they will make you worse. Therefore, join the ranks of our small-scale national armies, support us and supply us with products and everything necessary. Because the other extreme, if you do not want it - is the arrival of the Germans, from which we protect you. This is manifested, strictly speaking, patriotism. ”

It reminds me a lot of the patriotic rhetoric that we have heard in recent years, because we have bloodthirsty Pindos who sleep and see how they can dismember and destroy. Accordingly, the people we saw at Nureyev are our only support and hope, this is our only defense. The same people finance the production of high-precision weapons, these same people, it turns out, sanctioned the release from terrorists of the Middle Eastern states, these same people extended a helping hand to the Donbas and Crimea. Interestingly, by the way, how is “Nureyev” and everything that is going on around this work is perceived in the Donbas by those people who went there at the call of the heart? And all this public as it protects us from the Pindos, who dream to deal with us. So, it protects us in the same way from the Pindos, in which the collaborationist formations in Ukraine, Belarus, or Russia who fell under a fascist boot, protected the unfortunate people who remained on collective farms and villages from fascists. In the end, it sometimes ended up being tired of local bloodsucking, people called on the fascists in order to crack down on their missionaries. And then more than once or twice (such examples are known), the Nazis really dealt with collaborators, who were not quick in writing. Then the people were left alone with the German fascists, as predicted. And then there was no other way for people to live but to go to the partisans. I don’t know how relevant this abstraction is here, how relevant this parallel is, maybe I’m just crazy and fantasizing. But you must admit, recently there have been too many reasons to rave and fantasize.

This is confirmed by the thick anti-Soviet performance of "Nureyev." The anti-Soviet was originally incorporated into the plot itself. How can a traitor's biography be justified? Only the fact that the traitor is a hero. And all that he betrays - 300 millions of Soviet people - freaks, quilted jackets and scoops.

The composer "Nureyev" Demutsky is very proud that he created a parody of the Soviet song. This is the momentous moment of the performance. There seems to be no pornography in this, no homosexual striptease, but this is probably the most terrible moment of what society faced 9-10 December 2017 of the year. Demutsky chose a poem by Margarita Aliger:

Homeland itself does not choose.
Starting to see and breathe,
Homeland in the world receive
Immutable as a father and mother.
The days were gray, slanting ...
Bad weather Chalk Street ...
I was born in autumn in Russia,
And Russia accepted me.
Motherland! And joy and sorrow
They were indissolubly fused in it.
Motherland! In love. In battle and dispute
You were my ally.

By this, Demutsky completed his ballet parody in the blue eye. But then Aliger has these words:

Thus, Demutsky and other authors of the performance, together with the head of this project, director Serebrennikov, are denying us: first, the right to love the Motherland; the second is the right to love our great creators of Pushkin and Gogol, and the third is the right to honor true freedom and freedom. All the better, because it is demonstrative. It is remarkable that for anyone who finds out what we have just told, it will become obvious that these people’s homeland and our homeland are two different homelands. They have their own bourgeois class fatherland, and they will hand over any other Fatherland for it, together with all its inhabitants, for that is of fundamental importance.

When we tried some time ago to start a conversation on this topic, we were slandered by accusations from all sides that, say, you are trying to sow discord and demonstrate that the people are not united, there is no solidarity. And what kind of solidarity can there be with this? It is good that cowards fall to the floor and it becomes clear that there are some problems with a cross. And there comes a final blinding evidence. The state applauds the performance of a traitor, a man who betrayed the state just like any Solzhenitsyn. Have not put a play about Vlasov. I think they will put it, this trilogy could have been a triptych in stage art - Vlasov, Solzhenitsyn and Nureyev.

The most important thing is that all theatrical masks fall down and the perfect realistic essence is exposed, the one that we wanted to turn away from for so long, we wanted to daub it, powder it, somehow calm ourselves down. Powder now should fly off even the most powdered brains.

We see the glorification of stupid anti-Russian nationalism (the liberal press pedals Nureyev’s Tatar nationalism). We see the chanting of the anti-Soviet. But in the foreground, of course, the chanting of the most shameful, shameful homosexuality. We see an appeal to the “world civilized community” on all the aforementioned and many other trends. And at the same time, we do not see real public protest. What am I talking about? When the relatively innocuous film “Matilda” was preparing for the show, marches, demonstrations, petitions and criminal cases began almost a year there. The whole blogosphere, the entire information space was already groaning and tearing. And then - nothing. Only six years ago, Nikita Mikhalkov said something derogatory about the pornographic “Nureyev”, and even more so in an ironic way. What to think about these different reactions?

Ctrl Enter
Noticed oshЫbku Highlight text and press. Ctrl + Enter
We are
Is Putin preparing a "devaluation" of the presidential election?What you didn't want to know about England
Military Reviewin Yandex News
Military Reviewin Google News
76 comments
Information
Dear reader, to leave comments on the publication, you must sign in.