December 14 2017
10
Herr Müller, who works for the newspaper Neue Zürcher Zeitung, revealed Putin’s secret network. It is based on a hidden propaganda mechanism, whose action goes far beyond the borders of Russia and is directed against the whole world. Putin even penetrates into Switzerland, Muller laments. 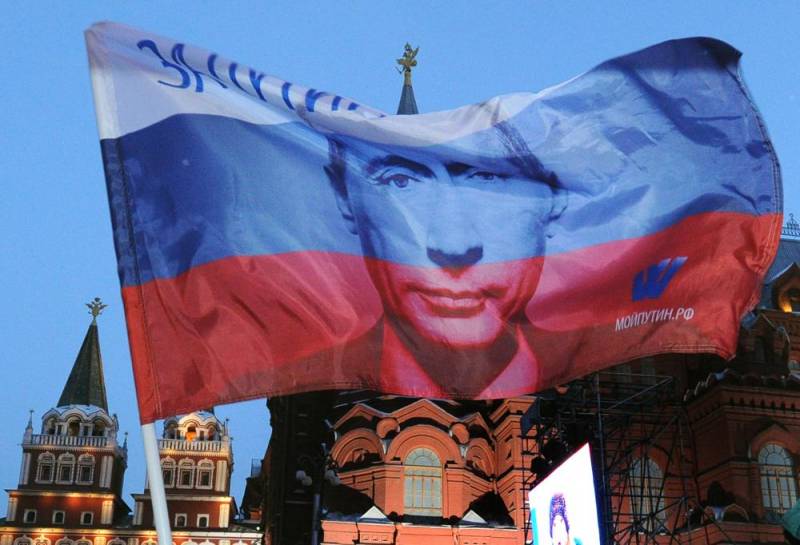 Felix Muller (Felix E. Müller) on the pages of a subscription Swiss newspaper "Neue Zürcher Zeitung" claims that “fake posts” on social networks are only part of the “massive Russian propaganda campaign”. PR agencies, media, party funding and cultural centers around the world — this is how President Putin quietly and inconspicuously “expands his power.” And he does it even in Switzerland! And even in Catalonia!

"Bloodied" demonstrators "and" battered policemen "on the streets of Barcelona: this picture shocked the public just a few weeks ago. The impression was created that the Spanish Prime Minister M. Rajoy decided to crush the Catalan independence movement radically. But now the spirit of resistance of the Catalans flashed with a new force. From what? It turns out that the photo of the blood-staged demonstrators was tricky juggling: that day in Barcelona, ​​writes the Swiss, "passed mostly peacefully."

The Spanish government later gave an explanation to the phenomenon: it turns out that this photo was picked up by Russian “Internet bots”. Hence the corresponding influence on the event that has spread around the world with the help of the Kremlin.

The journalist draws parallels from “this stories"With other stories that are" repeated in many western states. " He lists France, the UK, the Baltic countries and the United States, where Trump's “connections” with the Kremlin are now under scrutiny.

At the end of October, the author recalls, the giants of Silicon Valley, namely Facebook, Google and Twitter, revealed information about the scope of "Russia's activities in the run-up to the elections in the United States."

According to Müller, these “scales” became the peak of the Russian campaign launched almost fifteen years ago.

Autumn 2003 and 2004. two former Soviet republics openly showed rejection of Moscow. This is Georgia, where the “Rose Revolution” took place, and Ukraine, where the Orange Revolution took place.

The Kremlin on these two occasions greatly excited. It’s no joke: the “strategic underbelly” set out to go the western way!

And in those years, Putin decided to open the front of opposition.

A “large-scale campaign plan” was drawn up, says Muller. Strategists of the Kremlin formulated three goals: to show the public the “beauty and strength” of Russian culture, destabilize Europe, and at the same time nullify the criticism of Putin’s policies, opposing the opponents with “positive” information of “pro-Russian”.

Felix Muller believes that Russia needs some "intermediaries" who could "transmit" its position, spread it in the West. The means for hiring such intermediaries is the simplest - money or any preferences. The Kremlin is trying to persuade journalists, university professors and even politicians to its side. There is no need to go far for examples: the ex-chancellor of Germany Gerhard Schroeder is an outstanding example of a correct understanding of Putin’s ideas.

The mirror, which reflects the “Russian view” on Western discourse, is the Valdai Discussion Club. Western experts and journalists discuss the global situation there, but the system of vision of the world prevails on this platform ... the Russian one!

The Kremlin spent a lot of money on the services of Western PR companies. For example, this was the case with the organization of the G8 summit in St. Petersburg. For a couple of million dollars, the American company Ketchum created a “positive image” of the summit.

This example is not a single one. Western experts yako bees are working on the image of Russia. Moscow turns to PR companies from Brussels, Washington, and London, thus achieving its goals.

The article is the name of P. Manafort: this man, who participated in the election campaign of Donald Trump, had “devoted a lot of years to service” to circles rotating in the Kremlin orbit. He earned it on this "tens of millions."

Forming the image of Russia and engaged from within. In the 2005 year, the author recalls, the Russia Today TV channel was opened, which was supposed to give a picture of an “alternative” view of events. In reality, "RT" is a counterweight to CNN, BBC, "Deutsche Welle", says the Swiss.

Finally, a powerful "innovation" in the Russian propaganda arsenal is the troll factory, the Internet Research Agency (St. Petersburg). This factory and similar institutions are flooding the network with appropriate comments and anti-Western messages that are beneficial "for Putin."

According to a NATO report, nearly 70 percent of Russian News about the North Atlantic Alliance in the Baltic states and Poland were created precisely with the help of such Russian network bots.

As for the propaganda of the “Russian culture,” then the Kremlin simply pereratsya existing Western institutions. Was copied Goethe Institute. The activities of the Russkiy Mir Foundation (created in 2007) are officially aimed at protecting the interests of the Russian-speaking population living in exile. You can count almost a hundred of these institutions, I'm sure Muller.

You can not ignore the impact on elections in Europe. Russians "try" to influence the elections with money. The article suggests that Milos Zeman in 2013 received the money for the election campaign from the Russian “LUKoil”.

In the rating of the most influential countries in terms of “soft power” from the Portland PR agency, Russia was ranked as 26. Marcel van Herpen, director of the Cicero Foundation, a research and development center in the Netherlands, assumes that Putin “has distorted the original concept of“ soft power ”. In the understanding of the owner of the Kremlin, “soft power” is a consciously implemented component of “power politics” used to achieve foreign policy goals. Apparently, Putin learned this from the Bolshevik Lenin: he had already created the Propaganda and Agitation Department of the CPSU Central Committee in 1920. Agitprop helped spread the ideology of communism throughout the world. Putin left the KGB, where he was “nourished” in the corresponding tradition, the Swiss journalist is sure. Hence its propaganda success.

Apparently, things are going wrong with Western propagandists and politicians that they have to point with a trembling finger at “Putin’s propaganda.” Like, success with him, but we will not have enough money.

Other analysts who write in advanced English, meanwhile, compare Russian GDP with Italy's GDP (and rightly so) and laugh at its oil "power." If we accept the opinion of Russia's economic insolvency for the truth, then can it really be assumed that Russia's image became “positive” from simply beating propaganda on the zomboyaschik and opening “cultural centers”? This is hardly true.

The Soviet Union collapsed, unable to compete with the Western way of life. Yes, yes, it is with him, and not because of the effects of propaganda. Propaganda was “voices” broadcasting, however, people wanted jeans, Coca-Cola, imported TVs, VCRs, cars and general well-being in a form in which it was impossible with the rather ascetic Soviet system, when behind a polished “wall” (set furniture) in stores recorded in the queue. This is where the true comparison of goods was, and the USSR lost outright here, and Reagan’s prediction came true.

Today, the West can no longer demonstrate to the citizens of Russia such an attractive way of life that the entire former Soviet Union would envy. Cars, computers, Coca-Cola and even dollars - all this is also present in Russia. Democracy, on the other hand, as it turns out, is now rotting in the same way as it was under Gorbachev’s once-rotten socialism.

So what can the West give the Russians? In essence, nothing. That's why the sanctions, that's why the charges. To not give, and select!