December 13 2017
15
Qatar has agreed to supply new aircraft with the UK. The press service of the Ministry of Defense of the United Kingdom reported that in Doha, Qatari Defense Minister Khalid bin Mohammed Al-Attiyah and his British counterpart Gavin Williamson signed a multi-billion dollar contract for the supply of aircraft Eurofighter Typhoon 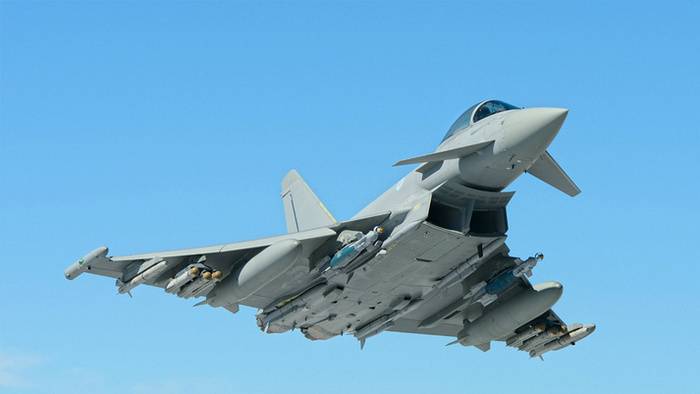 According to the contract, before the 2022, the UK pledged to deliver the Typhoon 24 fighter, weapons and spare parts to them to Qatar, as well as to train the crews. The cost of the deal is estimated at £ 6 billion ($ 8 billion), of which about 5 billion will be spent on aircraft, almost 1 billion on Brimstone and Meteor missiles, as well as Paveway IV smart bombs.

Today, the Qatar Air Force has 12 Dassault Mirage 2000 airplanes, which were planned to be replaced by modern fighter 72. The Qatari military has already signed an agreement for the supply of 36 units of Boeing F-15QA and 36 units of Dassault Rafale. Given the British "Typhoon" 24, the total number of fighters in the Qatar Air Force could rise to 96 units, reports "Warspot"

Ctrl Enter
Noticed oshЫbku Highlight text and press. Ctrl + Enter
We are
Who will protect Qatar?Missiles of the MBDA Brimstone Family
Military Reviewin Yandex News
Military Reviewin Google News
15 comments
Information
Dear reader, to leave comments on the publication, you must to register.