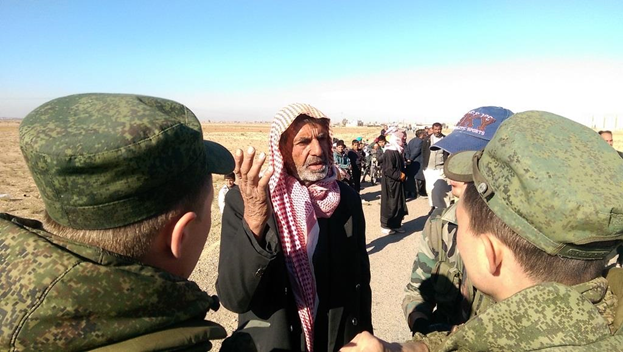 From the very beginning of the crisis, Russia provided humanitarian assistance to the people of Syria. Today, this assistance is becoming truly ambitious. Through the efforts of Russian officers, it was possible to rally representatives of the official Damascus, Kurdish self-defense detachments and peoples of the eastern tribes in the framework of the Eastern Territories Management Committee. Thanks to the local authorities, more than 2,5 thousands of refugees have already returned to the settlements of Hatla, Marrat and Salhia.

In today's conditions, when the militants of the “Islamic State” were destroyed and do not pose that threat to the Syrian state, as, for example, a couple of years ago, issues of restoring a peaceful life and providing assistance to the indigenous people are on the agenda. This is especially important because the population of the province of Deir ez-Zor was seriously affected by the terrorists, and the residential areas are a pitiful sight and still dangerous because of the mine traps left by the militants. 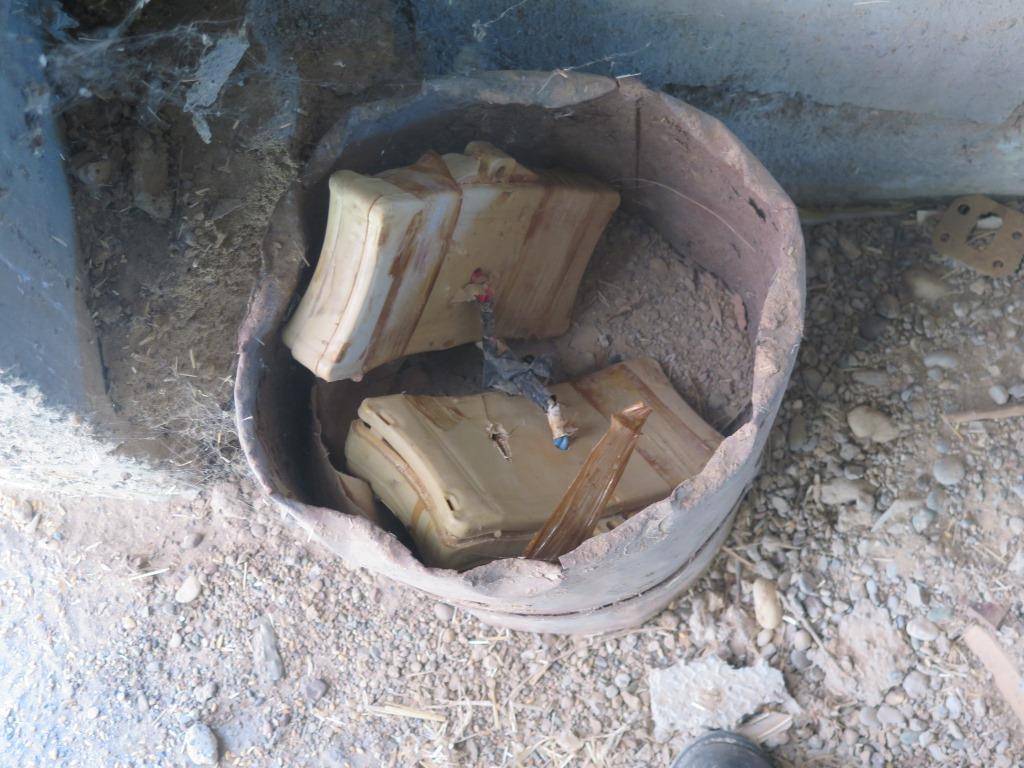 Unfortunately, today there are few who are able to provide free aid to people who find themselves in difficult conditions. As the last round of the Geneva talks showed, representatives of the Syrian opposition do not want to participate in the process of livelihood and focus their efforts solely on the resignation of Assad. As a result, the problems of the local population remain a headache for Damascus and its allies.

From the very beginning of the crisis, Russia provided humanitarian aid to the Syrian people. This assistance was never confused with any mercenary intentions, was not due to political motives. It was about helping all those in need, regardless of political preferences, religious beliefs, gender, membership in a particular ethnic group. 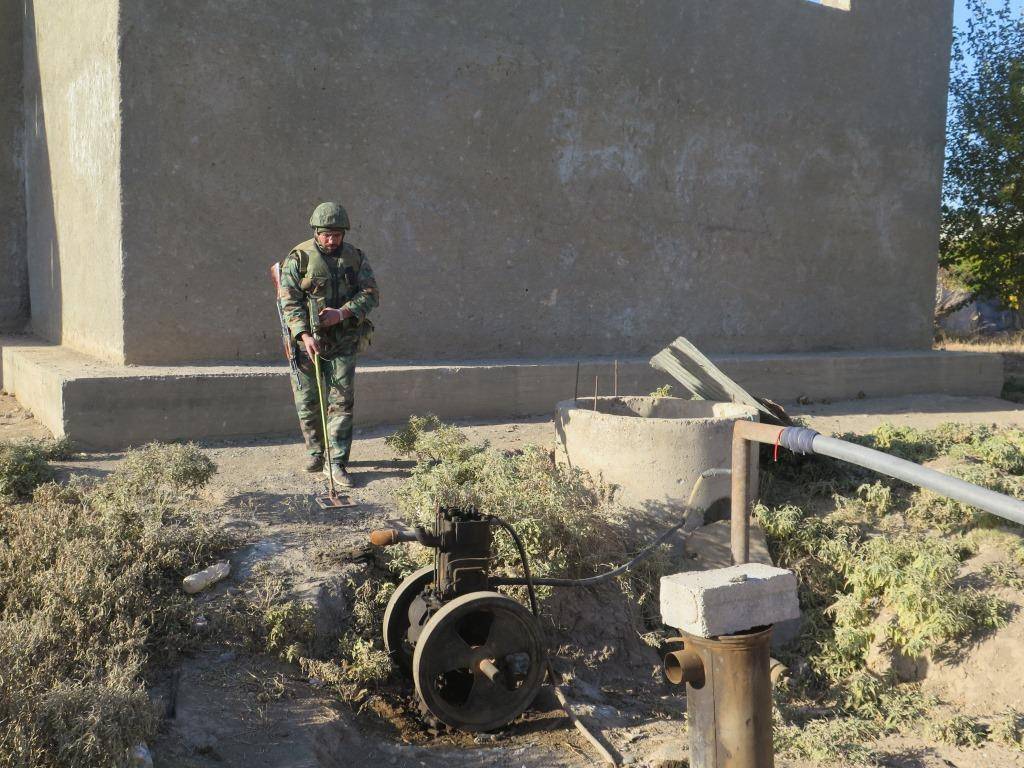 Since the beginning of December 2017, that is, since the complete liberation of the eastern bank of the Euphrates, humanitarian operations have begun here. For the first time, Syrians, Kurds, and Eastern tribes are participating in comprehensive support.

Together, 3 tons of products, 10 cubic meters of drinking water, sets of warm clothes have already been delivered to the settlements of Hatla, Marrat, Salkhia. Both adults and children are assisted with food, medicines and basic necessities. Now, in the village of Salkhia, the Committee is carrying out engineering reconnaissance and demining of a section of the area, 700 meters in length, where the school and other institutions are located. It is planned that in the near future a mill and a bakery will work here. Over the past three days, 866 residents have returned to these settlements. In total, the number of refugees returning home has exceeded 2,5 thousands. 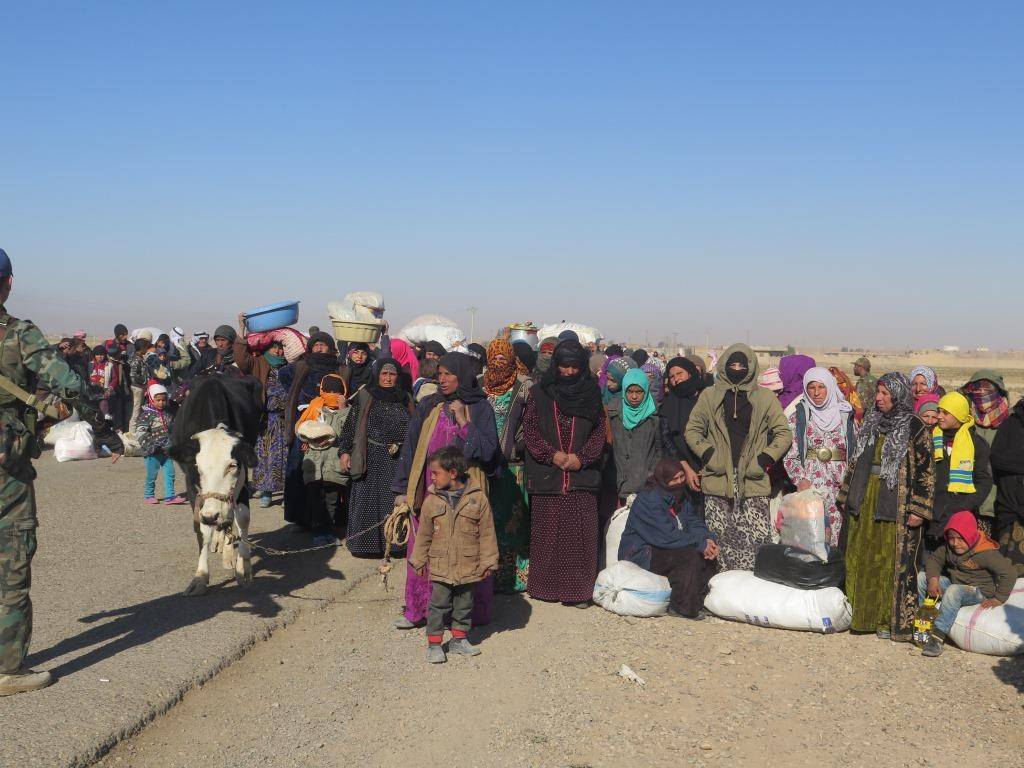 According to residents, local sheikhs and elders of eastern tribes take part in humanitarian actions. One of them is Sheikh Faus Hamid el-Bashir, whose candidacy is being considered for the post of head of one of the districts of Deir ez-Zor.

At present, several more candidates have been approved for the posts of heads of settlements of Al-Tabiya, Marrat and Al-Bser.

Along with this, some Western countries and Arabian monarchies manage to insist that the Syrian government is obstructing the overcoming of the humanitarian situation, thereby imposing responsibility on Damascus for the humanitarian tragedy.

In this case, what has been done by the so-called “friends of Syria” to prevent this very tragedy? By and large, nothing. The question of humanitarian access to the area occupied by the US military in the base of the Al-Tanf base and northeastern Syria remains open. Some countries of the international coalition have repeatedly tried to insist on the delivery of humanitarian aid across the borders of neighboring countries to Syria without the consent of its legitimate authorities, which is contrary to international norms.

This is done solely for the purpose of denigrating the government of Assad and those who oppose his overthrow. Unfortunately, humanitarian issues remain relevant today in the Syrian region, and therefore it is very convenient for the unwinding of the tragedies, of which, of course, only Damascus and Moscow are guilty.