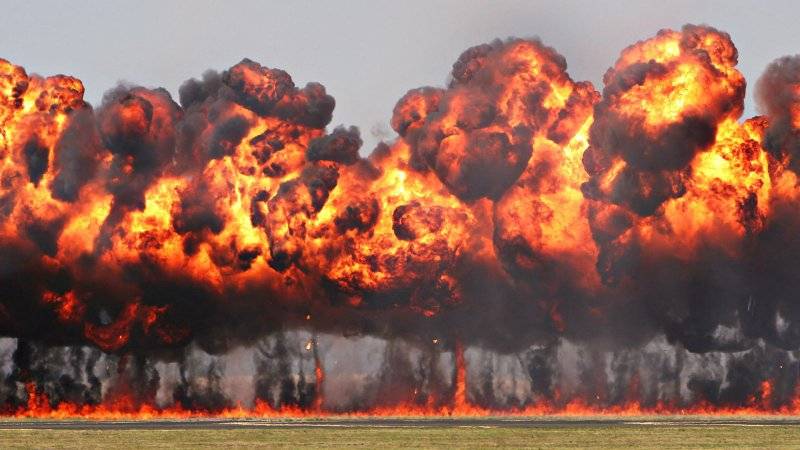 On Tuesday, there were two momentous events at once. First, the authorities of the German federal state of Mecklenburg-Vorpommern approved the construction of the Nord Stream-2 gas pipeline, and second, an explosion occurred at the OMV gas hub in Baumgarten in the morning. As a result, Russian gas deliveries to Italy, Slovenia and part of Hungary were temporarily suspended.

In the morning of December 12 2017, Deutsche Welle, citing the DPA news agency, reported that the mining department of the German city of Stralsund had issued a permit for the construction of the Nord Stream-2 gas pipeline.

And the resolution itself is dated 2 of November of the current year.

Thus, this was the first official permit issued by European licensing authorities for the construction of the second phase of the Nord Stream. According to the document, the consortium can build a section of the pipeline that runs along the German continental shelf even today. 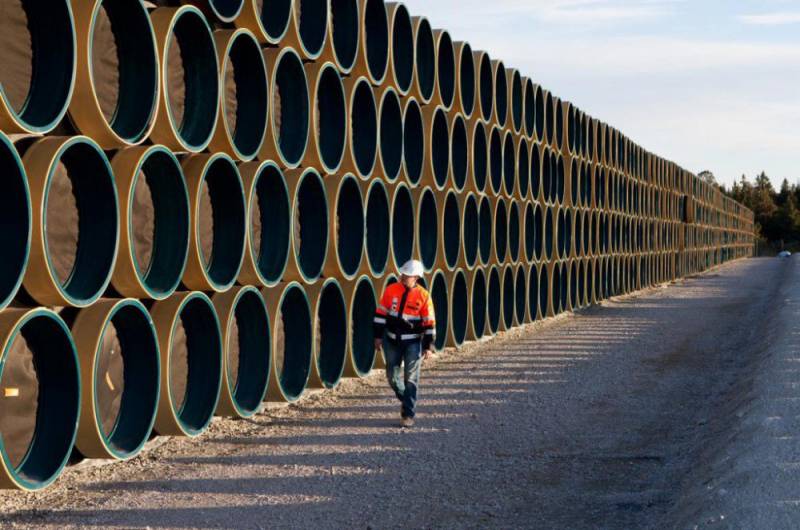 As we know, there are many opponents of the Nord Stream-2 gas pipeline. And first of all, these are the Baltic countries, Denmark and Poland, for the actions of which Washington's ears clearly stick out.

So far, Gazprom and its consortium partners have real problems only with Denmark, through the territorial waters of which the 139 km of pipe must pass. But even if Copenhagen prohibits laying a pipe over its territory (that is, along the route of the first stage), this will not be fatal for Nord Stream-2. The pipe may well pass just to the south, through as yet neutral waters.

In view of the unresolved legal problems between Poland and Denmark, there is a small corridor in the Baltic Sea through which a pipe can be laid.

This will somewhat delay the implementation of the project, since this section will have to be coordinated with the EU, but will completely remove the “Danish problem”.

And this is all well remembered. In general, it seems to me that Copenhagen is simply bargaining with Gazprom and wants to knock off its “dividends”. I think Denmark will finally agree on the main route, and therefore the big problems of the Russian gas corporation from the "kicking" of Copenhagen are not expected.

Meanwhile, the second event that took place yesterday, played into the hands of Gazprom very well. 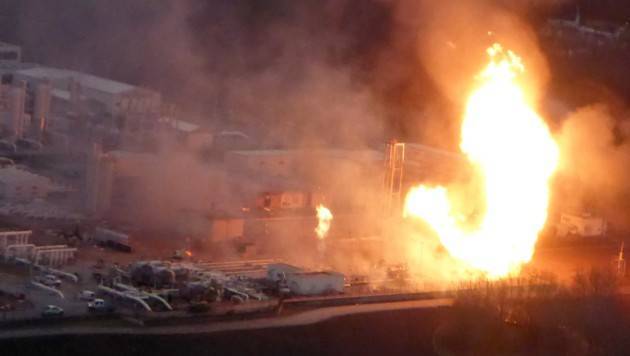 So, on Tuesday morning, Italy, Slovenia and part of Hungary were left without supplies of Russian “blue” fuel because of an explosion at the Austrian gas distribution station in Baumgarten.

In Italy, a state of emergency was declared and a temporary restriction was imposed on the use of gas. Slovenia and Hungary had fewer problems. The explosion on the main gas pipeline immediately made the Europeans look somewhat differently at the problems of laying new Russian gas pipelines.

As it turned out, a lot of gas pipelines do not exist. If Italy had a fallback, today's problems could have been avoided. But it would be possible if no one interfered in its time with the construction of the “South Stream”, one branch of which was supposed to end in southern Italy. According to the original plan, the “southern gas pipe” from Russia, bypassing Ukraine, should have been laid before the end of 2015. But Washington intervened, and now Italy is biting its elbows and saving gas, as it has been doing for the fourth year in Kiev, another victim of gas insanity.

It is to be expected that one of the likely consequences of yesterday's emergency in Austria will be not only a more loyal attitude of European officials to the Nord Stream-2, but also the intensification of negotiations on the second branch of the Turkish Stream. As we know, Gazprom intends to build it only after clarification has been made on the final consumers of gas. Just three countries that suffered from the explosion in Austria, ironically, are most interested in this alternative, and probably very soon we can wait for the conclusion of contracts and ... pipe laying.

In fact, it was the presence of this bottleneck in the European system of gas pipelines that caused the idea of ​​the South Stream. As life has shown, these concerns were valid.

In general, it was high time for Europe to reflect on the problem of diversifying Russian gas supplies. Yes, it is precisely the diversification of the supply of not just gas, but Russian gas. Time has already shown that it is Russia that is the most reliable and most profitable supplier of blue fuel to the EU countries, and the political aspects of such cooperation are largely contrived and work primarily for competitors who want to sell their gas to Europe. 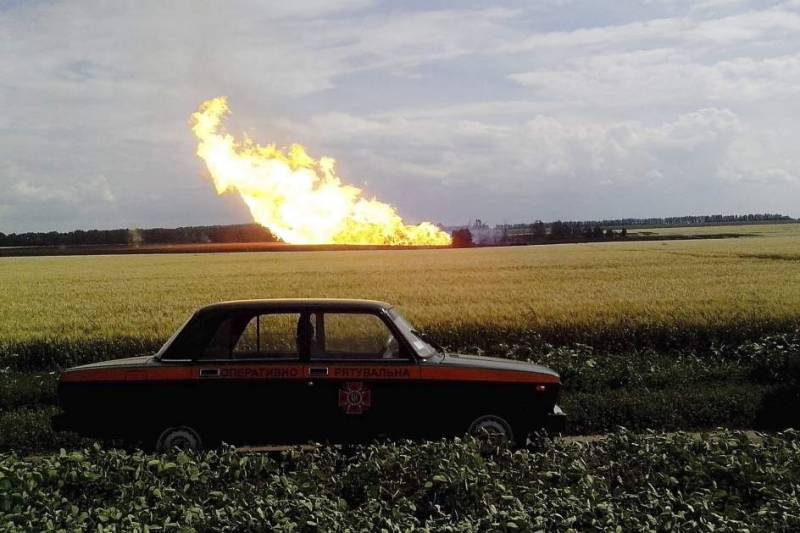 Do you remember 2014 the year when 17 June near the town of Lokhvitsa of Poltava region on the Urengoy-Pomary-Uzhgorod gas pipeline exploded? As it turned out later, it was a terrorist attack that occurred shortly after the corresponding threats sounded from the lips of Ukrainian nationalists.

Most likely, he was committed by one of them on a team from Washington. Moscow was blamed, of course, but no one believed this nonsense, except Zoryan Shkiryak and Anton Gerashchenko.

It was then that the Europeans understood that something had to be done with the “Ukrainian gas problem”. And it is somewhat symbolic that exactly a year after this “incident”, 18 June 2015, a protocol of intent was signed within the framework of the 19th St. Petersburg International Economic Forum, which very quickly (September 4 of the same year) turned into a shareholder agreement Nord Stream-2 gas pipeline.

So, we see that those countries that are able and willing to defend their interests and are ready to go against the will of Washington (Germany in the first place) will very soon have confidence that no chance will force them to be in the position of today's Italy.

And the Italians can only wish for patience and prudence. Patience to survive a difficult time, and prudence to make the right conclusions from your bitter experience.

Ctrl Enter
Noticed oshЫbku Highlight text and press. Ctrl + Enter
We are
The explosion at the largest gas hub in Austria. Deliveries from Russia at risk?Passions around the Nord Stream-2 gas pipeline
Military Reviewin Yandex News
Military Reviewin Google News
108 comments
Information
Dear reader, to leave comments on the publication, you must to register.