December 12 2017
14
The crew of the large amphibious assault ship (BDK) "Orsk", which completed repair of 2017 in October, passed the course task of organizing the ship service while stationed in the base and proceeded to perform combat training tasks to confirm the crew’s ability to perform the tasks inherent in this ship at sea Service of the Southern Military District 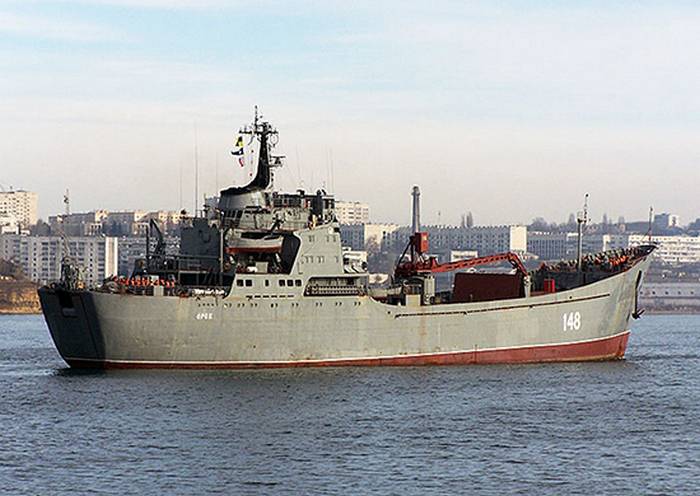 The crew of the BDK at the site in the Cossack Bay, together with the division of the marines, held a special tactical and special lesson on loading and disembarking vehicles and troops on the unequipped coast.
- said in a statement.

It is noted that these activities are carried out in accordance with the course of training crews of surface ships and are mandatory after the ship leaves the repair.

The final admission of the crew of the ship to perform the full range of tasks for the purpose is planned to be completed by the end of December 2017.
- added to the press service of the Southern Military District

Ctrl Enter
Noticed oshЫbku Highlight text and press. Ctrl + Enter
We are
BDK of the Black Sea Fleet "Orsk" went to sea after scheduled repairs
14 comments
Information
Dear reader, to leave comments on the publication, you must to register.