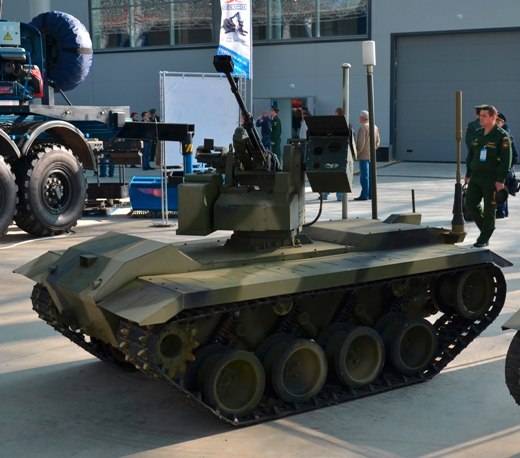 Development work on the development of a multifunctional robotic complex based on a light and medium chassis to solve the tasks of ensuring combat operations of the Ground Forces and Airborne Forces, is entering the stage of state testing.
said Serdyukov at the gathering of the leadership of the troops, passing in Ryazan.

In addition, the commander reported on the work on a new air defense assets management system for the ROC “Barnaul-T”.

As part of improving the airborne command and control system and expanding the capabilities of automated command and control of troops, the Kassiopeya-D development project is being conducted. As a result, a basic set of communications and automated control will appear, which will be installed on the BMD-4М, BTR-MDM basic armored tracked chassis,
added Serdyukov.