December 11 2017
35
Russian Tanks The T-72 of the latest modifications has been repeatedly criticized for the large areas of armor that are not covered by dynamic protection, writes Messenger of Mordovia. 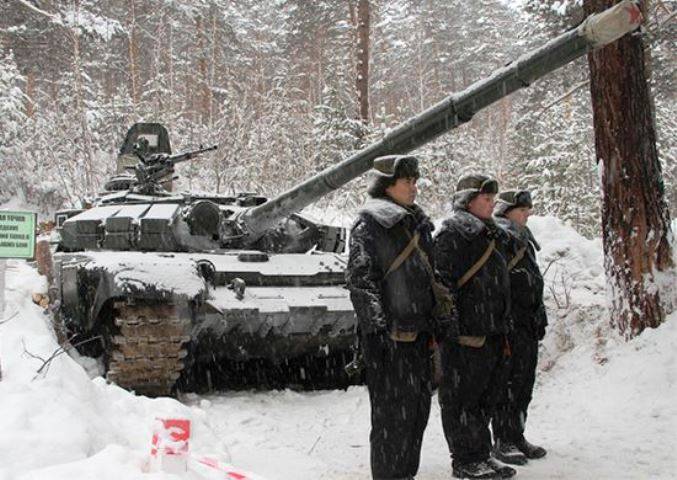 “However, recently, a very interesting sample of a T-72B tank model 1989 of the year, sometimes also called T-72BM, was demonstrated at the operational-methodical assembly with the leadership of the Eastern Military District. The car received improvements that effectively protect the shoulder straps of the tower, with which the equipment of the troops is in big trouble, ”writes the author of the material Lev Romanov.

The photo shows that the containers with the first generation DZ are added to the “Contact-5” dynamic protection blocks.

According to the author, referring to military experts, such improvements would not hurt to spend on other machines "It is unlikely that this would entail large costs, but the chances of survival in battle will increase," he said.

According to the military, a methodological gathering with the leadership of the BBO is carried out on the basis of the tank compound of the district stationed in the Republic of Buryatia.

Ctrl Enter
Noticed oshЫbku Highlight text and press. Ctrl + Enter
We are
The escalation path in the Novorossia theater is back in force. Memo to counter Ukrainian T-80BVThe shift in the balance of power on the western borders of the CSTO against the background of a comprehensive renewal of the tank fleet of Poland
Military Reviewin Yandex News
Military Reviewin Google News
35 comments
Information
Dear reader, to leave comments on the publication, you must sign in.