Victories that lead to peace or undesired achievements of Assad 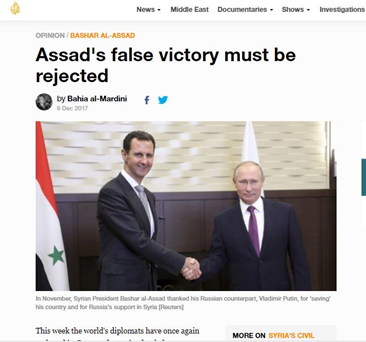 It would not be an exaggeration to say that with the complete destruction of the “Islamic State”, the six-year Syrian conflict has noticeably weakened. The liberation of Deir-ez-Zor or Abu-Kemal is a good example of steadfastness and courage shown by the soldiers of the government army and, in particular, the fighters of the Tiger Force division, who played a decisive role in the defeat of ISIL. This is forced to recognize the civilized society of Europe, the military-political leaders of the United States, Israel, other countries and Sunni monarchies.

Among the successes on the battlefield, we should add the efforts shown by Russian diplomats and military personnel of the Center for reconciliation of the warring parties directly involved in the peaceful settlement of the armed conflict. The whole world is witnessing humanitarian events, often a few kilometers from the enemy, demining the residential areas of Aleppo, Palmyra, Deir ez-Zor and other measures to restore a normal life under the auspices of the CPVS. The creation of offices of the management committee of the eastern territories of the Euphrates is one of the effective measures used today by the Syrian authorities to organize this process. Refugees began to return to the liberated areas.

Drawing an analogy, the American or French military were not seen in humanitarian missions, they are not involved in the restoration of destroyed cities and demining.

This should also be recognized by the western establishment. But we all understand that the recognition of Moscow and its allies as victors in Syria will be regarded by the international community as the biggest failure and humiliating defeat of the international coalition consisting of more than 60 countries. And the matter is not even in those billions of dollars of foreign taxpayers spent, in essence, wasted. At stake is reputation and prestige, primarily the United States, which continue to fall.

A number of military experts quite rightly believe that the United States did much more to create illegal paramilitary units than to destroy terrorist groups. In addition to the illegal military base Al-Tanf, the Americans have formed a dozen outposts in northeastern Syria and at the same time still dare to make claims about the airspace of the Arab Republic.

At the same time, there is no talk about the full end of hostilities. Syria is still being implanted by terrorist elements, for example, in Eastern Ghouta, where the Syrian army is crowding terrorists, or Idlib provinces, where Turkey should do the same. But the fact that ISIS has been destroyed is undeniable. And this merit belongs to Suheyl’s fighters, voluntary detachments fighting on the side of Damascus, which, however, today is trying to refute not only the political elites of France or the United States, but also certain Arab media. 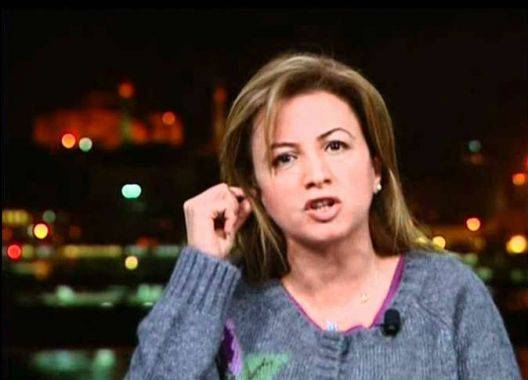 On the eve, an article appeared on the website of the Qatari television company Al-Jazeera entitled "The wrong victory for Assad must be rejected." The author is a Syrian activist and human rights activist Bahia al-Mardini, known for her uncompromising stance towards the current regime and personally towards President Asad. In 2012, the journalist headed the media office of an opposition delegation at the peace talks in Geneva, and currently resides in the UK, where, therefore, she is fighting for the rights of Syrians.

Needless to say, the whole point of the publication comes down to demonizing official Damascus and watering on the dirt achieved over LIH victory? The arguments of the criminal activities of the official authorities of Bahia al-Mardini are all the same arguments about the chemical attack in Khan-Sheikhun, which, in her opinion, is no different from the “decapitation, rape and torture of the Islamic State”.

“Assad’s self-proclaimed victory is not sustainable,” writes an Arab poetess. The regime's army has halved, its resources have been exhausted, and many of their supporters have been killed. The recognition of Assad is not only unacceptable for ordinary Syrians, but also for Europe and the United States. Full acceptance of the “victory” of the Russians and Iranians would mean not only the defeat of the Syrian opposition, but also all those who want to see democratic Syria. ”

Bahia al-Mardini does not write that the defeat of ISIS is only the beginning of the victorious path of Moscow and Damascus. This article is more like a cry from the heart of a desperate journalist who left her homeland, but continues to empathize with her native people. Only the experiences of these false, actually like the noble goals pursued by Europe and the United States in Syria.

As the political dialogue between the Damascus government and the local population deepens, in 2018, the executive branch intends to continue the reconstruction of the social infrastructure and revive the industrial sector. Thus, official Damascus, together with its allies, will return millions of refugees home. But first you need to work on the safety of citizens. And this is the task of the forces of the Tiger Force division, as well as other regular units and volunteer formations. After all, they, as much as the Syrian émigré would not have wanted, have not lost their fighting capacity, unlike the igilovtsevs.

Ctrl Enter
Noticed oshЫbku Highlight text and press. Ctrl + Enter
We are
A great interview with Sergey Lavrov: about Ukraine, Obama and IranHow can Russia survive and win in the 21st century?
Military Reviewin Yandex News
Military Reviewin Google News
13 comments
Information
Dear reader, to leave comments on the publication, you must to register.