December 11 2017
33
Mike Pompeo, director of the CIA, recently recalled in a straightforward manner about the US foreign policy strategy: "Russia must be defeated." Many of our friends, in general, demand a head-on response, similar to Russia's strategy: defeat the United States. But in this connection there are other questions: what is considered a defeat and how can it be inflicted? Military defeat, color coup and the change of power to quasi-colonial or something else? What is Russia's foreign policy strategy in general? 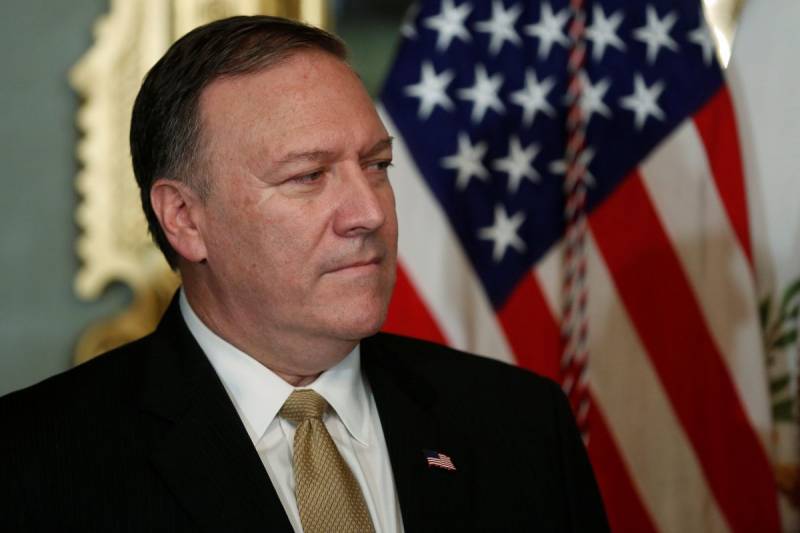 Many of our experts believe that Russia does not have a foreign policy strategy: it responds reactively every time to American military-political challenges. There is a grain of truth in this. Russia is today, in contrast to Russia-USSR, in the world financial and economic system, that is, in the American, Western system. It has its advantages and its disadvantages.

Russia acquired its own financial and economic instruments, eliminated the lag in the quality of life that occurred during Soviet times, but is forced to reckon with the rules existing in this system. Anyway, bye. The American sanctions war against Russia is aimed, according to a number of experts, to push Russia out of the world economic system, and thus isolate. Since Russia, defending its interests, attempts, as it were, from within the system, on the dominant position of the West in it. If this happens, Russia will de facto become on this basis the USSR - 2. With the help of the Americans!

On the other hand, if the Russian foreign counterparts Pompeo and Vladimir Putin do not speak openly about the global foreign policy strategy, this does not mean that there is no such strategy. One can only say that it is not formulated publicly and frankly, as Mike Pompeo does.

Suppose we adopt a mirror American strategy: Russia needs to defeat America. At the same time, a direct military clash of nuclear superpowers is considered impossible, since it will end in guaranteed mutual destruction, as well as the destruction of the rest of the world. What then can be considered the defeat of America and the West as a whole?

There is an opinion that the creation of the Anti-Western Union of Non-Western States (gas stations) can be considered a defeat of the West, and, in fact, such a union of states is being created by Russia and China, in fact, although they don’t talk about this directly, like Pompeo.

Russia, China and a number of other states speak about the actual strategy of creating gas stations by euphemisms, when appropriate reasons are given - this is the concept of a multipolar world, and the Eurasian Union, BRICS, SCO and other international organizations, but without the participation of Western countries. It is probably politically wrong now to open the cards ahead of time, to slide down to the level of Pompeo. Articulate the creation and objectives of such a Union directly and officially.

After all, what are, taken together, BRICS, SCO, EAC, CSTO and other similar organizations? In fact, this is the newly created Anti-Western Union of non-Western countries. The assembly point of this Union was Russia as a country with nuclear parity with America, that is, militarily protected, with basic science and a self-sufficient economy — therefore, the United States and the entire West focused on “deterring” Russia: they hit the gas station assembly point. Although they are paying increasing attention to China. Why?

China pursues an increasingly independent economic policy from the West and in critical situations comes to the aid of Russia when unacceptable damage is possible. For example, in the 2014 year, when Obama undertook to “tear the Russian economy to shreds,” China refused to participate in isolating Russia, despite visits to Beijing by US special envoys, and offered Russia loans (Russia refused, but it is important that he offered). It was the Chinese special engineering ship that laid the power cables badly needed by Russia to the Crimea along the bottom of the Kerch Strait.

At the level of government documents, the United States also does not talk about its desire for world domination, but only to leadership. And Russia speaks about a multipolar world, but in the West they understand that this will be for the world: its multipolarity will, in fact, be equal to two.

The “containment” of Russia and the entire non-Western world by the West is today pouring out into various sanction wars, including cultural and sports, economic pressure on Western vassals, to maintain Atlantic discipline, and color coup in the gray zone of the world, using military force or under threat application. In Yugoslavia, Libya, Iraq and Ukraine, the “color revolutions” to the West have succeeded.

Russia, in general, keeps the sanctions and "color" blows, and successfully counterattacks in the Crimea, in the Donbas and in Syria. A number of American satellites, such as Egypt, Turkey, Pakistan, are becoming increasingly dissatisfied with their dependent position, and are moving toward rapprochement with Russia and China. This contributes to the achievement by Russia and China of their goals in the geopolitical struggle, if we mean by it not a military victory over the West, but the creation of a counterweight to the West - the Anti-Western Union. Its final political and economic design will lead to the geopolitical defeat of the United States and the West as a whole.

The US is trying to split the emerging Anti-Western Union to prevent its assembly from being completed. Russia and China, in response, awaken negative trends in the West. This is an objective standoff, and any elections and presidents, as the Donald Trump phenomenon proves, cannot do anything about it.

The main question today is: for whom does time work? To the West or to the East-Anti-West? Statistics answers it: the economic positions of the USA and the West are weakening in the world.

Ctrl Enter
Noticed oshЫbku Highlight text and press. Ctrl + Enter
We are
Reports from the militia of New Russia for 27-28 September 2014 of the yearYuri Drozdov: Russia prepared the role of the sacrificial calf
Military Reviewin Yandex News
Military Reviewin Google News
33 comments
Information
Dear reader, to leave comments on the publication, you must to register.